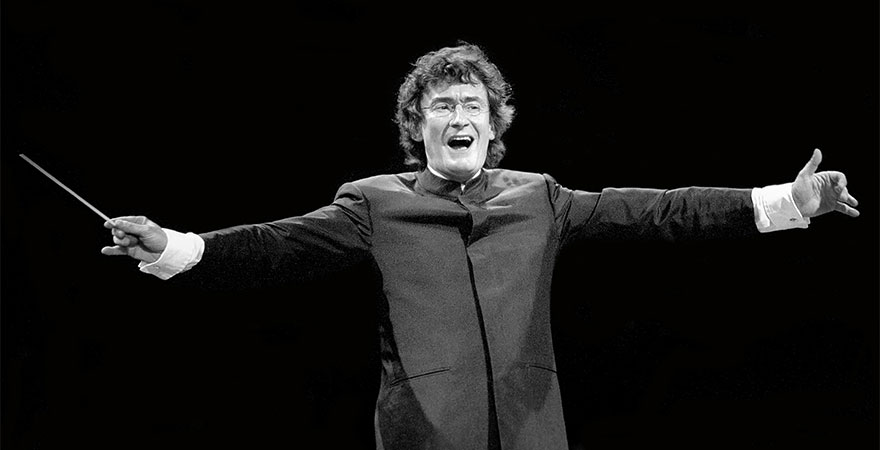 Poland’s oldest musical institution, the Warsaw Philharmonic Orchestra, returns to State Theatre New Jersey on October 23. The exciting program will include pieces by Brahms, Chopin, and Weinberg and will be lead by Conductor Jacek Kaspszyk.

The man behind the baton for this performance, Conductor Jacek Kaspszyk, is a highly-esteemed and illustrious Polish conductor who studied conducting, music theory, and composition at The Fryderyk Chopin University of Music. Graduating from the University in 1975 and wasting no time, Kaspszyk went on to make his debut conducting Mozart’s Don Giovanni at the the National Opera in Warsaw, Poland. Success from his debut, landed him a position as the guest conductor for the Deutsche Oper am Rhein in Düsseldorf just one year later. In 1978, after serving as a guest conductor for two subsequent seasons, and then winning third place at the prestigious Herbert van Karajan Conducting Competition in West Berlin, he Kaspszyk went on to conduct the Polish Radio and Television Great Symphonic Orchestra for two years. Also a result of winning this competition in West Berlin, he would go on to make his debut with the New York Philharmonic and it was clear this was just the beginning of his career.

In 1982, Kaspszyk moved to London for his debut with the Philharmonia Orchestra at the Royal Festival Hall. While in London, Kaspszyk conducted a led various London-based orchestras including London Symphony Orchestra, the London Philharmonic, the Royal Philharmonic, the Halle, Capital Radio’s Wren Orchestra, Royal Scottish National, BBC Scottish, and BBC National Orchestra of Wales. He went on to conduct numerous operas at a number of renowned theaters until 1998 (including Opéra Comique in Paris, Opera de Lyon, Opera de Bordeaux, and Teatro Colon in Buenos Aires), when he was offered the position of Artistic and Musical Director of the Grand Theatre in Warsaw, the same place where he has made his debut in 1975.

Expanding his resume even further, Kaspszyk during the years of 2006-2008, worked regularly with the Lithuanian National Opera and Ballet in Vilnius, conducted at festivals in Ljubljana and Ravenna, and was a resident conductor at the Israeli Opera Tel Aviv – Yafo.

Some of the other orchestras that Kaspszyk has lead in his long career include the Hong Kong Philharmonic, Bayerische Rundfunk, RSO Berlin, Orchestre Nationale de France, Wiener Symphoniker, Oslo, Stockholm, Rotterdam, and Prague Philharmonics, and the Chamber Orchestra of Europe, to name a few.

In 2011, Jacek Kaspszyk received the prestigious Elgar Society Medal. It was two years later, in September of 2013, Kaspszyk was appointed Music and Artistic Director of the Warsaw Philharmonic. Come and see Maestro Jacek Kaspszyk in action as he leads the renowned Warsaw Philharmonic Orchestra, featuring piano soloist Seong-Jin Cho at The State on Sunday, October 23, 2016 at 3pm.