The Monkees to perform at The State as part of their 50th Anniversary Tour! 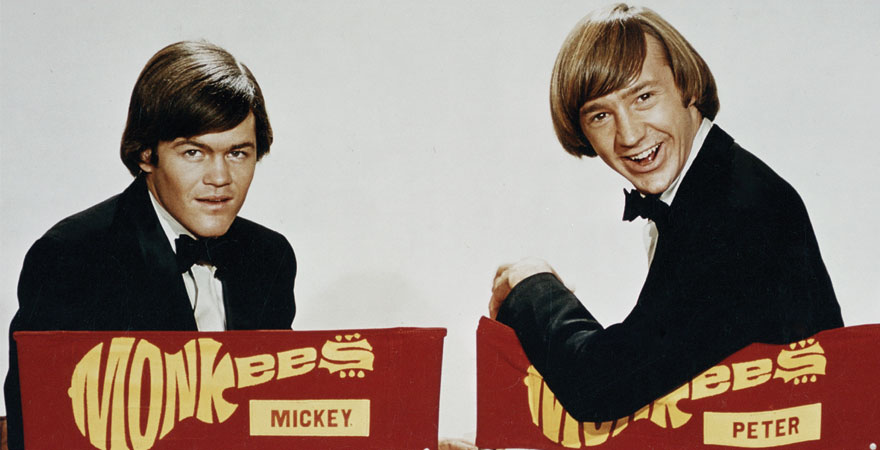 See The Monkees—Micky Dolenz and Peter Tork—live in concert on Wednesday, October 26, 2016 at 8pm at State Theatre New Jersey as part of their 50th Anniversary Tour! Their newest album, Good Times! is their first studio album since 1996 and features unused songs written for the band in the ‘60s as well as songs by contemporary songwriters.

The Monkees–Micky Dolenz, Michael Nesmith, Peter Tork, and Davy Jones–are best known for their popular TV show in the 1960s and their hit singles such as “Daydream Believer,” “Last  Train to Clarksville,” and “I’m a Believer.”

The group formed in Los Angeles in 1965 for the American TV series The Monkees, which aired until 1968. The group was formed primarily for television, but their commercial appeal and success in marketing the show convinced producers to begin scheduling live performances. Since then, the group has released a number of hit albums, sold out live concerts, and garnered a huge following!

The group’s early albums were met with incredible success as a result of their musical talent and television fame. Their first four albums—The Monkees, More of the Monkees, Headquarters, and Pisces, Aquarius, Capricorn & Jones Ltd.—consecutively reached No. 1 and remained on the Billboard charts for extended periods of time. More of the Monkees became the third biggest-selling album of the 1960s, and remained at No. 1 for 18 weeks–the longest of any Monkees album!

In 1986, The Monkees announced their 20th Anniversary Tour, which skyrocketed their music back up the charts. The group rose to a new level of fame as a result of their lucrative performances and new hit music (such as the song “That Was Then, This Is Now” from Then & Now, The Best of The Monkees). They reunited again for tours in 1996, 1997, 2001, and 2011. Their new album, Good Times!, is their first album since Justus (1996), and celebrates their 50th anniversary.

Much like The Monkees’ early albums, Good Times! features tracks written specifically for the band by some of the music world’s most gifted songwriters, including Rivers Cuomo of Weezer (“She Makes Me Laugh”), Ben Gibbard of Death Cab For Cutie (“Me & Magdalena”), and a song co-written by Noel Gallagher of Oasis and musician Paul Weller (“Birth of an Accidental Hipster”). To help bring the 50th anniversary full circle, The Monkees completed songs that were originally recorded and written for the group during the ‘60s, including “Love to Love” by Neil Diamond and Harry Nilsson’s “Good Times.” See Micky Dolenz and Peter Tork perform songs from their new album, as well as their classic hits, at The State on Wednesday, October 26, 2016 at 8pm! 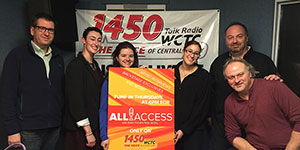