The Midtown Men Live at The State 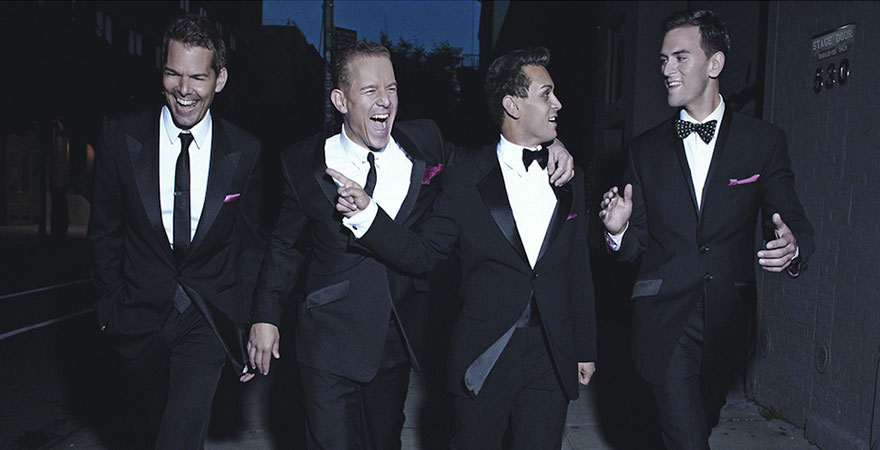 Join us on October 6 as The Midtown Men, the four stars from the original cast of Broadway’s Jersey Boys, return to State Theatre New Jersey with rock n’ roll hits from the 60s!

The quartet—which performs favorites from The Four Seasons, Motown, The Beatles, The Rascals, The Turtles, and more—is made up of Tony® Award-winner Christian Hoff, Michael Longoria, Daniel Reichard, and Tony® Award-nominee J. Robert Spencer.

The Midtown Men have had great success following their highly-praised stretch in Jersey Boys, having released a self-titled debut album, The Midtown Men Sixties Hits, which received numerous five star reviews on iTunes. They followed this up with their radio single “All Alone on Christmas,” written and produced by rock icon and Sopranos star Steven Van Zandt and backed by Bruce Springsteen's E Street Band.

Each member of The Midtown Men has also had his fair share of personal successes. Group member Christian Hoff won a Tony® Award for his performance as Tommy Devito in Jersey Boys, as well as Drama Desk, Drama League, and Outer Critics Circle Awards. He is also featured on the Grammy® Award-winning Original Broadway Cast recordings for both Jersey Boys and The Who’s Tommy. Michael Longoria made his Broadway debut in the musical Hairspray before originating the role of Joey in Jersey Boys and later taking over the role of Frankie Valli. He earned a Barrymore Award nomination for Best Actor in a Musical for his performance as Peter Pan in Peter Pan & Wendy at the Prince Music Theater. Daniel Reichard played Bob Gaudio in Jersey Boys, a role he originated at the La Jolla Playhouse premiere, and later on Broadway. He went on to make his New York City debut with the original cast in Forbidden Broadway: 20th Anniversary Celebration.

Each member’s strong individual talent, combined with the kind of chemistry that can only arise after over one thousand shared Broadway and concert hall performances, makes for a very charming trip down memory lane.

Come out to be dazzled by The Midtown Men at State Theatre New Jersey on October 6, 2016! 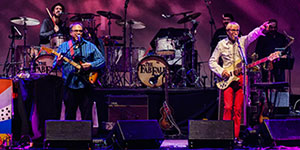