Michael Cavanaugh has the Billy Joel Seal of Approval! 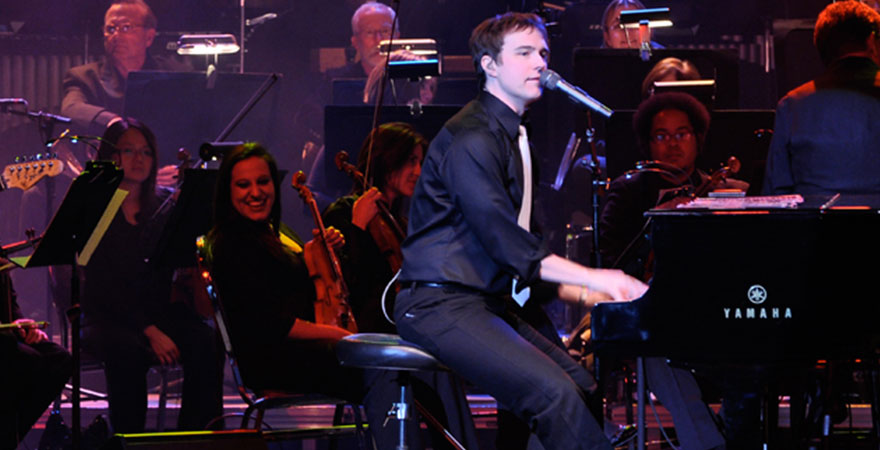 This performance has the Billy Joel Seal of Approval. Read on to learn about singer Michael Cavanaugh’s relationship with the “Piano Man,” and why you should come to State Theatre New Jersey on November 13, 2016 to see him perform the Greatest Hits of Elton John and More, backed by the New Jersey Symphony Orchestra!

Michael Cavanaugh started playing piano when his parents bought him a keyboard age seven and by age 12 he played his first club show. With a little encouragement from friends and some inspiration from Billy Joel, Cavanaugh formed his own band by age 14 to play local functions, until he received his first full-time gig: an offer to play an extended engagement at Blazing Pianos in Orlando, Florida. Little did he know that the subsequent offer would be the turning point of his entire career, as he was asked to play Las Vegas at the famed New York, New York Hotel and Casino. Billy Joel happened to be in attendance at one of his performances and midway through the show joined him on stage. Billy sang no more than two songs with Michael before being convinced they should work together. After that night, Cavanaugh moved to New York City to work alongside Billy Joel and Twyla Tharp on the Broadway musical Movin’ Out, a jukebox musical featuring the songs of Billy Joel.

Shortly after the final performance of Movin’ Out, Cavanaugh began touring in his own right, creating shows that reinterpret the modern pop-rock songbook. It didn’t take long before he became one of the hottest artists in the corporate events market, performing at the Indy 500, the PGA Tour, and the U.S. Open. He also started to perform with different orchestral ensembles, including the Indianapolis Symphony, Boston Pops Orchestra, Florida Orchestra, Hartford Symphony Orchestra, and Houston Symphony.

Michael’s first orchestral booking was with the Indianapolis Symphony Orchestra to perform Michael Cavanaugh – The Songs of Billy Joel and More. He continues to tour with that show, as well as with programs highlighting the songs of Elton John, Paul Simon, Neil Diamond, and James Taylor. In October 2008, he signed with Warner/ADA to distribute his first album, In Color.

Maryland Theatre Guide says “For those of us that remember the classic versions of these songs, Cavanaugh has reinvented them into something that improves upon the originals.”

All ticket holders are invited to come one hour before the concert to join in a sing-a-long of Elton John and other classic rock favorites.

Come out to hear your favorite pop-rock classics performed like you have never heard them before by Michael Cavanaugh and the NJSO  at State Theatre New Jersey on November 13, 2016!