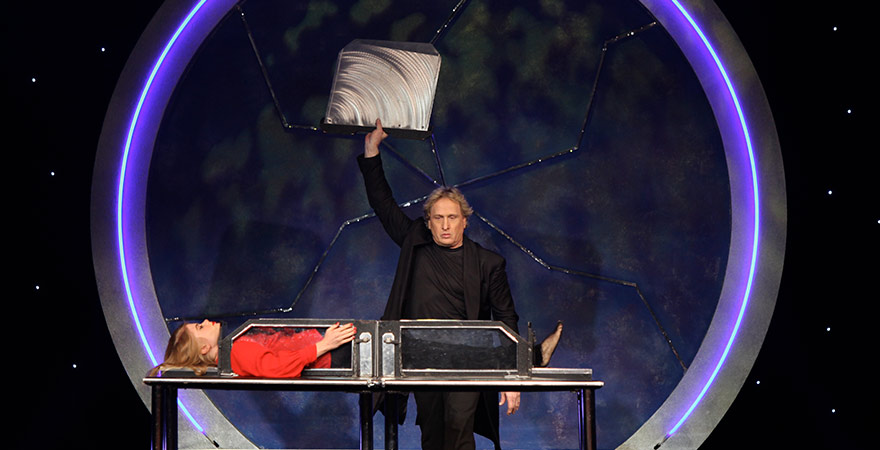 Masters of Illusion–Believe the Impossible, one of the largest touring magic shows, will continue to captivate audiences and defy expectations at State Theatre New Jersey on February 16, 2017. Based off of the popular television series on The CW, this show features everything from escapologists to comedic magic acts, but no camera tricks here–everything is performed in real time!  The performance showcases a variety of magicians and illusionists that will keep audience members on the edge of their seats as they watch these masters perform dazzling tricks.

The original television show began production in 2000, aiming to bring magic to the screen like never before. David McKenzie, president of associated television international, wanted to develop a show that brought magic to a wider audience, but he wanted to make sure that all of the acts were authentically performed without the intervention of camera tricks or computer graphics. From there, he developed an innovative stage and camera design that allowed the audience to see tricks performed in their entirety without revealing the magic behind the acts.

After a strong run on PAX TV, the show was eventually revived on MyNetwork TV in 2009 and transitioned over to The CW in 2014. With the success of the television show, executives decided that Masters of Illusion would make a spellbinding stage show that could bring screen exclusive acts to life. Known for its larger than life production value, the live show began touring across the world and quickly gained momentum, becoming an unmatched juggernaut.

Keeping performances classic yet current is important to producers, and they make an effort to acquire a team of magicians who blend both traditional acts and more unique acts involving both comedy and magic. These illusionists and magicians take the stage, each with their own acts that highlight their extraordinary abilities.

Anyone who loves to be mesmerized by stunning visuals and breathtaking magic with a few laughs along the way will surly love this magnificent performance. Come be amazed by the masters and see Masters of Illusion–Believe the Impossible on February 16, 2017 at 8pm!