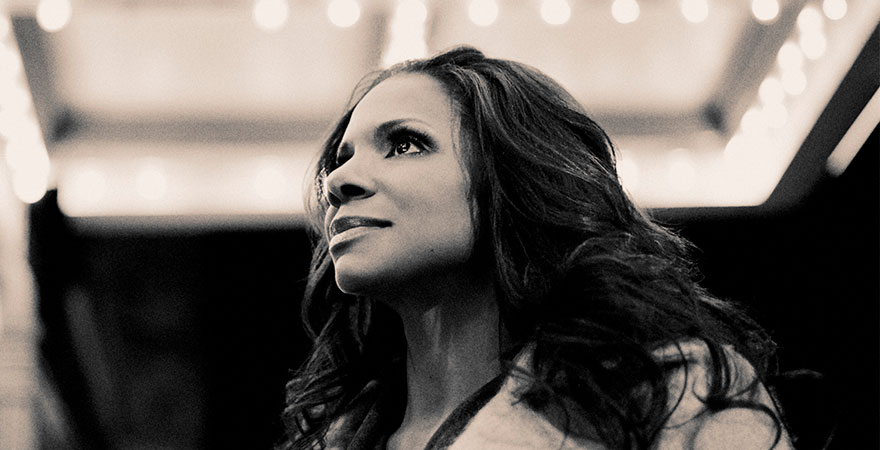 Audra McDonald is unparalleled in the breadth and versatility of her artistry as both a singer and an actress. She is the recipient of a record-breaking six Tony Awards®, two Grammy Awards®, and an Emmy Award®. Her Tony®-winning performances include roles in Carousel, Master Class, Ragtime, A Raisin in the Sun, The Gershwins’ Porgy and Bess, and Lady Day at Emerson’s Bar & Grill. See her live in concert on May 13, 2017 at 6pm at State Theatre New Jersey as she performs hits from Broadway and the great American songbook.

Born into a musical family, McDonald grew up in Fresno, California, and received her classical vocal training at the Juilliard School. A year after graduating, she won her first Tony Award® for Best Performance by a Featured Actress in a Musical for Carousel at Lincoln Center Theater. She received two additional Tony Awards® in the featured actress category over the next four years for her performances in the Broadway premieres of Terrence McNally’s Master Class and his musical Ragtime, for an unprecedented total of three Tony Awards® before the age of 30. In 2004, she won her fourth Tony®, starring alongside Sean “Diddy” Combs in A Raisin in the Sun, and in 2012 she won her fifth—and her first in the leading actress category—for her role in The Gershwins’ Porgy and Bess. She reprised her Raisin role for a 2008 television adaptation as well, earning her a second Emmy Award® nomination.

In 2014, she made Broadway history and became the Tony Awards’® most decorated performer when she won her sixth award for her portrayal of Billie Holiday in Lady Day at Emerson’s Bar & Grill. In addition to setting the record for most competitive wins by an actor, she also became the first person to receive awards in all four acting categories. McDonald’s other theater credits include The Secret Garden, Marie Christine, Henry IV, 110 in the Shade, her Public Theater Shakespeare in the Park debut in Twelfth Night, and Shuffle Along, Or, The Making of the Musical Sensation of 1921 and All That Followed.

Although McDonald made a significant impact on the Broadway world, she has maintained ties to her classical training and repertoire. She frequently performs in concert throughout the U.S. and has performed with musical organizations such as the New York Philharmonic and the Mormon Tabernacle Choir. Carnegie Hall commissioned the song cycle The Seven Deadly Sins: A Song Cycle for McDonald, and she performed it at Carnegie’s Zankel Hall in June 2004. She also sang two solo one-act operas at the Houston Grand Opera in March 2006: Francis Poulenc’s La voix humaine and the world premiere of Michael John LaChiusa’s Send (who are you? I love you). In 2007, McDonald starred with Patti LuPone in the Los Angeles Opera production of Kurt Weill’s opera Rise and Fall of the City of Mahagonny, directed by John Doyle. The recording of this production of Mahagonny won two Grammy Awards® for Best Opera Recording and Best Classical Album in 2009.

Audra McDonald has also made many television appearances, both musical and dramatic. In 2001, she received her first Emmy Award® nomination for Outstanding Supporting Actress in a Mini-series or Movie for the HBO film W;t, starring Emma Thompson and directed by Mike Nichols. She also has appeared on Homicide: Life on the Street, Law & Order: Special Victims Unit, Having Our Say: The Delany Sisters’ First 100 Years, Mister Sterling, The Bedford Diaries, Kidnapped, and in the 1999 television remake of Annie as Daddy Warbucks’ secretary, Miss Farrell. She sang with the New York Philharmonic in the annual New Year’s Eve gala concert in 2006, featuring music from the movies; it was televised on Live from Lincoln Center by PBS. In 2013, she appeared in the HBO documentary Six by Sondheim as well. McDonald’s other accolades include five Drama Desk Awards, five Outer Critics Circle Awards, four NAACP Image Awards nominations, an Ovation Award, a Theatre World Award, the Drama League’s 2000 Distinguished Achievement in Musical Theatre and 2012 Distinguished Performance Award, a 2015 Rockefeller Award for Creativity, and Roundabout Theatre’s 2016 Jason Robards Award for Excellence in Theatre.

Audra McDonald was named to the Time 100—Time magazine’s list of the most influential people in the world—in 2015, and in 2013 she was honored as Musical America’s “Musician of the Year,” joining the esteemed company of previous winners such as Leonard Bernstein, Leontyne Price, Beverly Sills, and Yo-Yo Ma. In 2016, McDonald also received an honorary doctorate from Yale University. Join us at the State on May 13, 2017 at 6pm to experience the highly acclaimed, award-winning actress and singer, Audra McDonald! 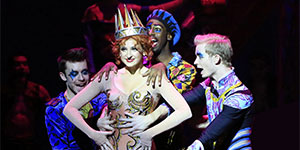