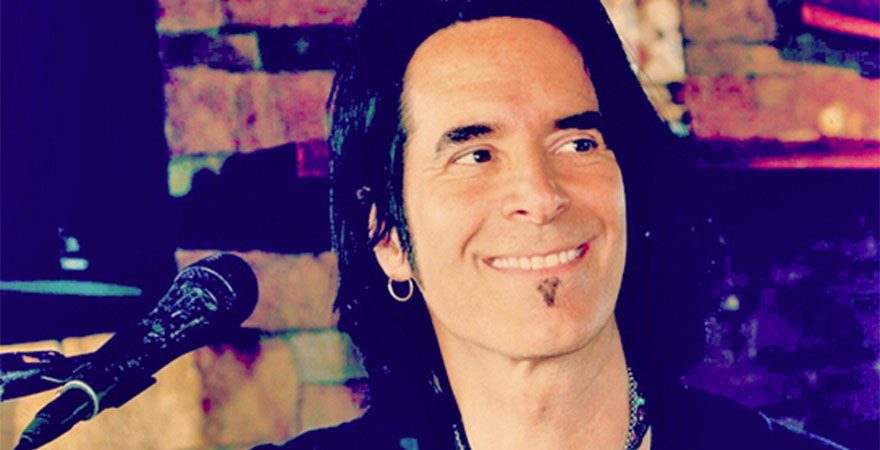 Back by popular demand, mr. RAY has performed with the likes of Bruce Springsteen, Meat Loaf, and Bon Jovi. Our favorite Kindie rock star, mr. RAY has even performed at the United Nations! He has since become a Billboard Magazine top-ten bestselling children’s performer. Little ones will relate to his catchy songs—and adults will love them, too! Join us for Milk & Cookies with the renowned mr. RAY on April 8, 2017 at 10am and 12pm at The State!

Ray Andersen actually grew up in the West Orange, New Jersey household that legendary songwriters, Carole King and Gerry Goffin lived in. Upon an older cousin turning him onto the Beatles and discovering the beauty of great songwriting, Ray was inspired at a very early age to start singing, playing piano, guitar, and drums, and start crafting his own songs—without a single lesson. Ray had many Rock and Roll idols and inspirations, and was always attracted to the zaniness of TV and movie personalities like Danny Kaye, Jerry Lewis, Monty Python, and Dick Van Dyke. Ray describes it as, “...keeping one foot in childhood, and one foot in the grown-up world… it’s a delicate balance.” These entertainers prompted Ray to start acting in local productions and studying at New York City’s famed American Academy of Dramatic Arts. For much of the 80s, he was a member of the notable Asbury Park Stone Pony house-band, Cats On A Smooth Surface. Bruce Springsteen frequently played with the band and often raved to the press that they were his favorite group of musicians to jam with when he was off tour.

Mr. Ray has worked with some of Rock’s finest musicians (including The Boss!), hear Mr. Ray talk about these experiences and more in his recent interview with us.

In 1994, Ray was asked to perform at a pre-school and in no time, he became known as “mr. RAY,” holding an eye-catching, colorfully-stickered guitar. The kids (and Ray) were quickly hooked—singing about friendship, dinosaurs, and rainbows never sounded so cool before. Ray simultaneously developed his mr. RAY persona while continuing other professional opportunities like being in Chuck Berry’s band for a gig in 1996. Ray formed a pop/rock duo, Blue Van Gogh, and released an album called Hi-Fi Junkie Sonata which met with international acclaim in 1995. They toured throughout Germany as the opening act for Matchbox Twenty in 1998.

Also in 1998, Ray was requested to play guitar, keyboards, and sing backup for international rock star, Meat Loaf. Ray was given the thrill of performing in some of America and Europe’s greatest venues as well as making television appearances on shows including David Letterman, Jay Leno, Top of the Pops, TGIF, VH1’s Storytellers, and Hard Rock Live. Ray also wrote and co-produced his own album entitled, Start Dreaming! which was released in 2001. Between 2001 and 2010, mr.RAY released five kids’ albums and sold over 100,000 copies. In December 2006, the first-ever mr. RAY commercial aired on Nickelodeon and Cartoon Network in the U.S. and Ray toured throughout London in 2007 and 2008. Ray’s original music program, “Songs for Seeds,” was actually voted the Best Music Program For Kids 2010 in NYC by New York Magazine.

A staple on Sirius XM Radio’s KidsPlace LIVE, Ray’s adoption song, “Born From Our Heart” was one of the first kids’ songs to set a precedent by combining an adult theme within children’s music. Because of his extensive works for children, mr. RAY was invited to sing at the United Nations in NYC for an event called “A Season for Non-Violence” in March 2009. He was backed up by 15 children singers, performing hits by John Lennon as well as two originals. Ray continues to perform weekly in the tristate area at private parties as well as national events such as Major League Baseball Fan Fest. Ray’s newest collection of songs is called “No Room for Bullies;” it is a live show project that addresses non-bullying while inspiring kids to be tolerant of each other’s differences. “No Room for Bullies” drives a message of love to kids, tweens, and teens and is an imperative theme of kindness for the world to embrace.  Enjoy some Milk & and Cookies with the inspiring and extraordinary mr. RAY on April 8, 2017 on 10am and 12pm at the State Theatre New Jersey! 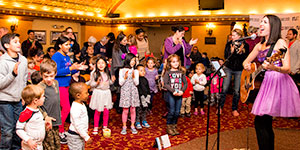