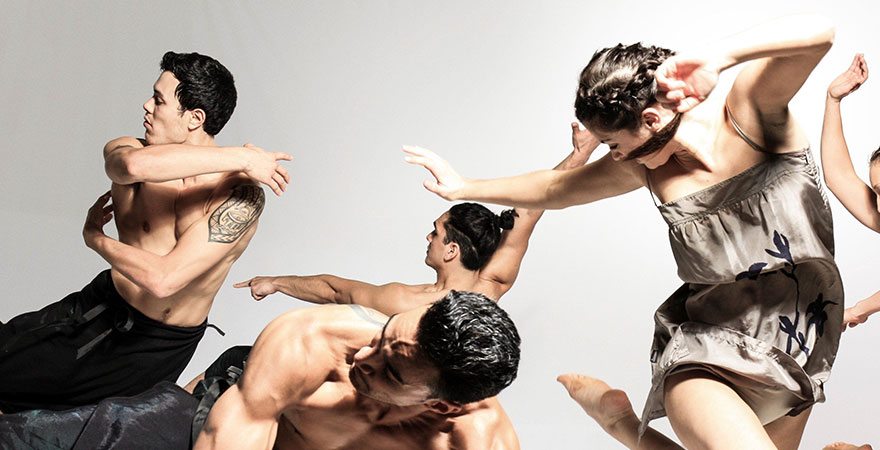 New Zealand dance company Black Grace performed last Friday night at the State Theatre.  The dances, a combination of Samoan and modern, were beautifully choreographed. The emotions and stories brought to life via the dance steps and music were powerful.

The theater was filled with Rutgers University Mason Gross students as part of their class curriculum.  The evening was supported in part by the school and underwritten by Joseph Light. The students supported the dancers throughout the show as they whistled, clapped, and encouraged the ensemble. Not a bad school assignment.

According to the Black Grace’s website, Neil Ieremia founded the company in 1995.  He draws from his Samoan and New Zealand roots to create innovative dance works that reach across social, cultural, and generational barriers. I found this to be true.  The humanness the dancers touched spans all cultures and creeds.

I was reminded how music sets the mood. From drumbeats to Vivaldi, they cover a large terrain from earthy to sophisticated; sadness to joy; and the gray areas in between, all the spectrum of mankind.  They reminded me that all aspects of humanity are important and needed for balance.

The first dance, "Minoi" premiered in 1999 according to the State Theatre’s program. The dance is a combination of Samoan and modern dance.  The drumbeat and hand slapping were rhythmic and set the tone for the evening. A dimly lit stage added to the atmosphere of another world.  All of the dances contained ritual motifs.  "Pati Pati," the second dance was comprised of men and women dressed in tangerine colored outfits as they danced to the drum beats.

For "Crying Men," a man seemingly came back to life.   With dance a spectrum of emotions is felt, but it took me a little while to get into it; then I could see the themes, the ones that artistic work is typically based on—love, life, and death.

"As Night Falls" (the abridged version) was the grand finale.  A long introduction regarding the premise of it was accompanied by several musical pieces, with Vivaldi’s "The Four Seasons" being prominent.   For this dance, the themes were based on the ones in today’s world—war, natural disasters, protests; everything that has turned the world on its heels.  At one point, the dancers were linked to each other as they moved gracefully. Another scene had them all on their knees with hands up, mirroring protests from recent years.    One of my favorite pieces of the night was "Nisi Dominus," with a soprano singing via a recording. The piece set a somber tone, setting the stage for a few of Vivaldi’s "The Four Seasons" before the eventual "Lord’s Prayer," sung in Samoan.  The dancers united hands and stepped forward in line facing the audience after being knocked down by all the atrocities. They rise and you can feel their strength, they are warriors. Reconciliation and a better world are on the horizon.

Black Grace fuses the past with modernity and delivers an enchanting evening of dance immersed in the themes of life. 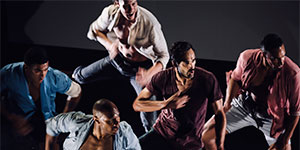