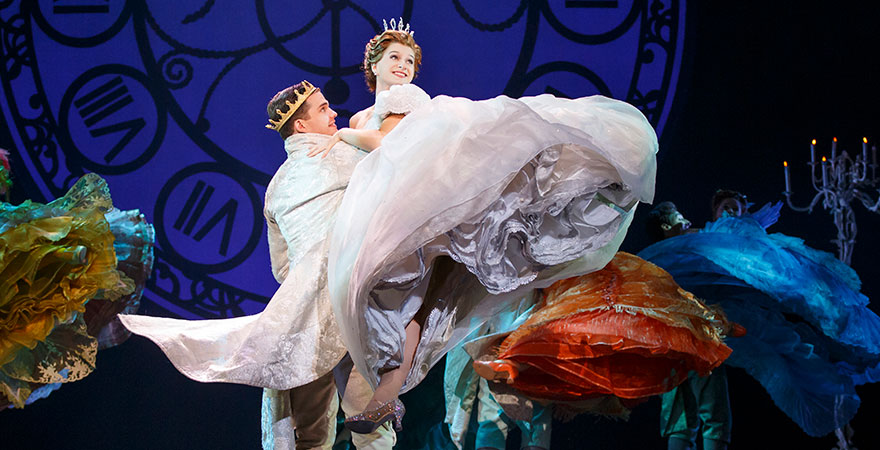 State Theatre New Jersey is incredibly excited to announce its 2017-2018 season! This upcoming season (starting in July) is filled to the brim with the return of our Free Summer Movies, an Orchestra Buy More, Save More program including international programming as well as the NJSO Pops, and for the first time this year we are offering the chance to become a Broadway Season Ticket Holder. On top of all that we have plenty of incredible acts passing through our theater spread out across comedy, family, dance, concerts, and more!

Broadway is bigger than it has ever been at The State with 5 shows as part of our Broadway series, with two additional shows available as add-ons, as well as our Broadway-style shows. Starting us off in October is the New Jersey premiere of Jersey Boys, the story of Frankie Valli you may not know, featuring the music of The Four Seasons that you love including classics such as “Oh, What a Night” and “Sherry.” Following that in February we have Rogers + Hammerstein’s Cinderella, the classic story you think you know with a twist. The story still follows the princess-to-be but she is a bit more head-strong and ambitious then what you might remember from the Disney movie. At the end of March we have Motown the Musical, the Tony Award ®-winning story of Motown founder Berry Gordy who launched the careers of Diana Ross, Michael Jackson, and many others. Join us for a night of Motown hits and experience the story behind the music including songs such as “My Girl” and “Aint’ No Mountain High Enough.”

In April we have the 2014 Tony®-winner for Best New Musical; A Gentleman’s Guide to Love and Murder. This knock-‘em-dead comedy will have you roaring with laughter as you follow Monty Navarro who takes a stab at advancing his way up the line of family succession by eliminating the relatives that are in the way (who are all played by one man). Towards the end of our season in next May we welcome you to join us at The Kit Kat Club with Cabaret. This revival version of the classic show invites you to forget your troubles for an evening and venture back to pre-WWII Berlin as you experience those Kander and Ebb songs including “Willkommen” and “Maybe This Time.” As add-ons for the series we also have The Sound of Music in December and The Wizard of Oz in May. We cannot wait to bring both of these beloved stories to our stage for you and your family to join us!

In addition to those amazing seven shows we have plenty of shows across all the genres for anyone to enjoy! On top of the concerts we have in July and August—including Boz Scaggs, Retro Futura Tour 2017, An Evening with Lyle Lovett and his Large Band, Neil Sedaka, and Ben Harper & The Innocent Criminals—we have some fantastic shows lined up for later in the season. At the end of October, the Sixties Spectacular returns with Jay and The Americans, Paul Revere’s Raiders, Lous Christie, The Vogues, and Manhattan Skyline. Then back to back in November we have the USAF Heritage of America Band performing a free concert, BRIT FLOYD performing as part of their Immersion World Tour 2017, and The Fab Faux returning to perform Apple to the Core: The Beatles on Apple Records from 1968-1970. Farther down the line we have Get The Led Out: The American Led Zepplin, Mnozil Brass, and Black Violin.

If your taste is more classical we have an amazing Orchestra and Pops  line-up, and you should definitely look into buying these soon for the best price as part of our Orchestra Buy More, Save More Program. We already have our Pops shows—partnering with the NJSO—on sale, including Radio Hits Live, Sci-Fi Spectacular, Hot Latin Nights with the Mambo Kings, Jason Alexander: The Broadway Boy, and E.T. The Extra-Terrestrial in Concert. On an international scale we have the Moscow State Symphony Orchestra kicking everything off; the Helsingborg Symphony Orchestrais coming from Switzerland, and Staatskapelle Weimar is joining us with an all-Beethoven program.

If you want to spend a night out laughing your troubles away, have we got some first-class comedians for you! Jim Breuer was named by Comedy Central as one of the 100 Greatest Stand-Ups of All-Time. We also have Tracy Morgan, best known for his time on SNL and 30 Rock, returning to the State Theatre stage. On an incredible double bill we have Brad Garrett and Rita Rudner; Garrett being famous for his Emmy ®-winning role on Everybody Loves Raymond, and Rudner being one of the country’s top comedians and a New York Times bestselling author. On top of all that we also have Two-time Emmy® and Grammy® Award-winner Kathy Griffin coming back to The State.

As part of our Family series, we have shows for children and families of all ages. For our littler ones we have Mermaid Theatre of Nova Scotia returning with two classic books they have transferred to the stage, Guess How Much I love You and I love My Little Storybook. And returning once again on President’s Day we have our annual Family Day with fun activities available all day long and a mainstage event to be announced soon!!

If you love to dance then we definitely have something for everyone; first, we have the Festival of South African Dance; American Repertory Ballet is returning to perform Carmen and Other Works; the internationally-acclaimed Tango Buenos Aires returns the The State. We have Dublin Irish Dance, featuring dancers from both Riverdance and Michael Flatley’s Lord of the Dance on St. Patrick’s Day, and we have the Moscow Fetival Ballet returning as well with their production of Giselle.

We are really looking forward to our Variety  line-up this season; we start things off with Brain Candy Live starring Adam Savage (of Mythbusters fame) and Youtube’s Michael Stevens. This show has been described as a two-hour play date with Walt Disney, Willy Wonka, and Albert Einstein. We also have an audience favorite, the National Acrobats and Martial Artists of China, returning in a show that includes over 100 amazing acrobats, magicians, and martial artists. And off of their Broadway run last season we have the most astonishing magic show of all time, The Illusionists coming to dazzle us all with some of the most outrageous and miraculous acts to ever be seen on stage. TAO: Drum Heart is also coming next season to demonstrate the ancient art of Japanese Taiko drumming in a large-scale, striking production!

Last but not least who can forget our holiday shows? Television comes to life on our stage with A Charlie Brown Christmas with all of your favorite characters. Some more classics, both The Irish Tenors including Finbar Wright, Anthony Kearns, and Ronan Tynan and The Vienna Boys Choir are joining us this season. We also have some State Theatre favorites returning: Nutcracker with American Repertory Ballet, Rudolph the Red-Nosed Reindeer: The Musical, and our New Year’s Eve Concert Salute to Vienna.

We have so many incredible shows line-up and we want you to join us for your favorites! Check out everything from our 2017-2018 Season in one place, and don’t forget about our Broadway Season Tickets and our Orchestra Buy More, Save More programs to get the best tickets at the best price!