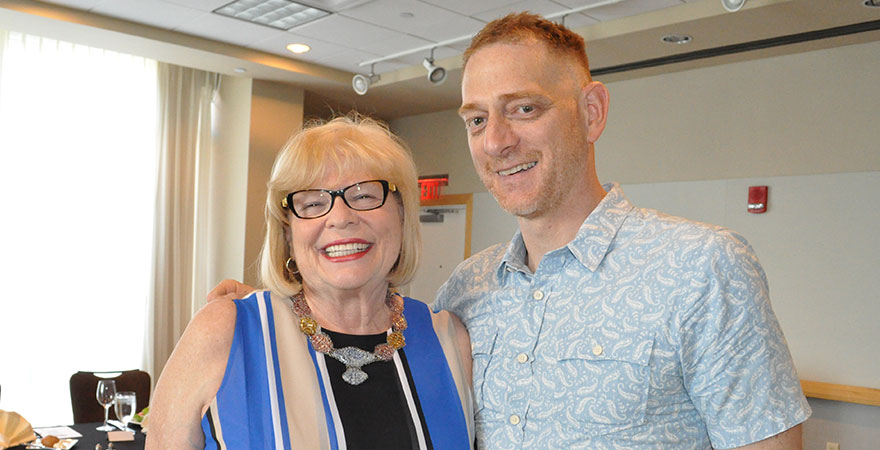 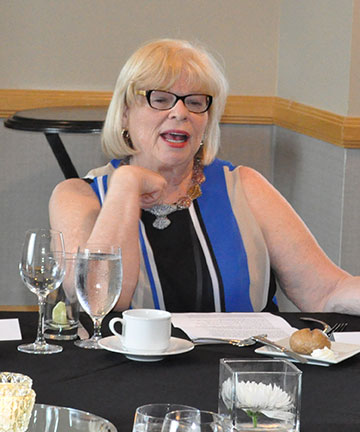 Longtime State Theatre New Jersey supporter Sharon Karmazin (pictured Right), President of the Karma Foundation which underwrites our Relaxed Performances series, wears many hats, one of which is that of a Broadway producer.  She is proudly a co-producer of Hedwig and the Angry Inch, the tour of which just completed its 5-performance, Bank of America-sponsored run at the State Theatre on May 19-21, 2017.

Hedwig is the gender-bending rock-and-roll story that received the Best Revival of a Musical Tony Award® in 2014 when it featured Neil Patrick Harris.  The show had its debut off-Broadway in 1998, and lead producer David Binder (pictured Below) has been with the show ever since.

When Sharon learned that two of her worlds would collide when the Hedwig tour was scheduled for a stop at State Theatre New Jersey, she immediately offered to invite David to be our guest at an intimate opening night dinner with Etta Denk, New Jersey Market Development Manager at Bank of America (the show’s sponsor), as well as some of our other valued supporters. And because, as David put it, “Sharon always says, ‘Yes!’” so he, too, said, 'Yes!'”

David said, “Not every show is a Broadway show, or an Off-Broadway show, or a non-profit show, or an arts festival show.  By creating different avenues for different performing arts forms, we don’t have to try to fit a round peg in a square hole so that the piece can have a life, whether it’s commercial or not. And Sharon is always game for that and says, ‘Yes.’ I love that.” 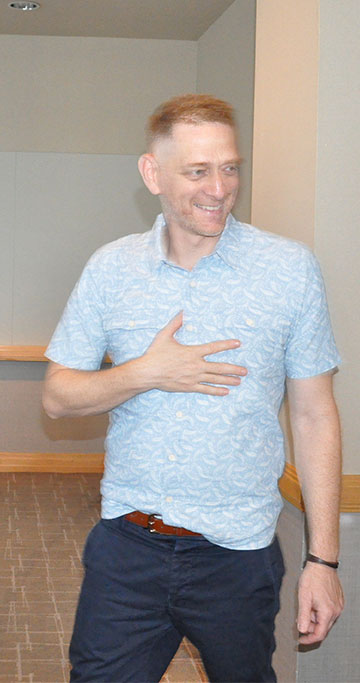 David was very generous with his time, despite the fact that he traveled to New Brunswick as an out-of-the-way stop from Manhattan to JFK Airport. Following dinner, he caught a 9:30pm flight to Germany, where he is checking out some performing arts groups under consideration for the 2018 London International Festival of Theatre (LIFT), of which he is the Artistic Director. (Be sure to watch David’s 9-minute 2012 Ted Talk on the Arts Festival Revolution.)

David divulged lots of back-stage nuggets about the development of the 2014 revival, which were fascinating not only to all of the adults present, but also to 19-year-old Shane Erickson, son of President’s Council member Jeff Erickson, who just completed his freshman year as a set design major at Rutgers’ Mason Gross School of the Arts. Shane mentioned his interest in directing as well as design, and David pointed out that Hedwig set designer Julian Crouch is also a Broadway director, and the two métiers often go hand-in-hand, another case in point being Julie Taymor and the smash hit Lion King. 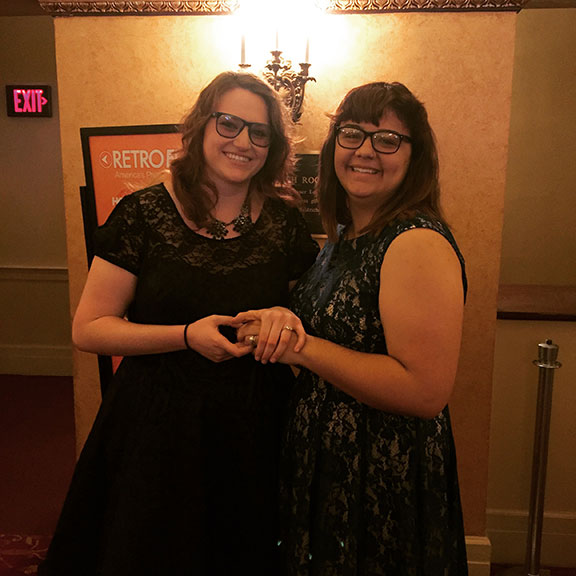 David talked about the unlikeliness of a show like Hedwig being a commercial success, but its profound impact on the millions of people who have seen it was evident as the house lights came up following the Friday night performance and many audience members were in tears. One couple even got engaged at our Hedwig Pride Night party! (pictured Right)

He was an inspiration to all in attendance, and we look forward to his future productions, not only at LIFT, but also the new Taylor Mac 24-hour piece currently in development, entitled A 24-Decade History of Popular Music. 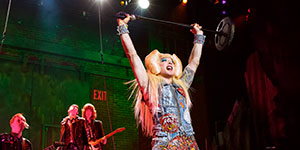