We recently sat down with the new Chair of our Board of Trustees, Scott Fergang, to learn more about his history of involvement with the arts and what it is he sees in State Theatre New Jersey that inspired him to step up to this new role.

What was it about State Theatre New Jersey that first drew you in and ultimately led you to join the Board of Trustees?
I have always been passionate about the arts. My background was originally in theater; I was a child actor and went to school to be an actor and a director. Unfortunately, I had to leave that business because of economic reasons; it is very challenging and a difficult way to have a family and a living. But my passion has always been the arts, and will always be the arts.

I had been involved in another arts organization in New Jersey, and after we solved certain challenges that the organization faced, I decided to take a little time off. I was then introduced to the State Theatre by the late president & CEO Mark Jones, who said “I’ve got another project for you, it’s a wonderful place and they are moving in the right direction.” And so I came here. The first minute I walked in, I was blown away. The staff gets it, it’s all about the experience, and they understand what a non-profit is. The theater is gorgeous, the way it was almost a hundred years ago, and between the two, I just knew this was the right fit. 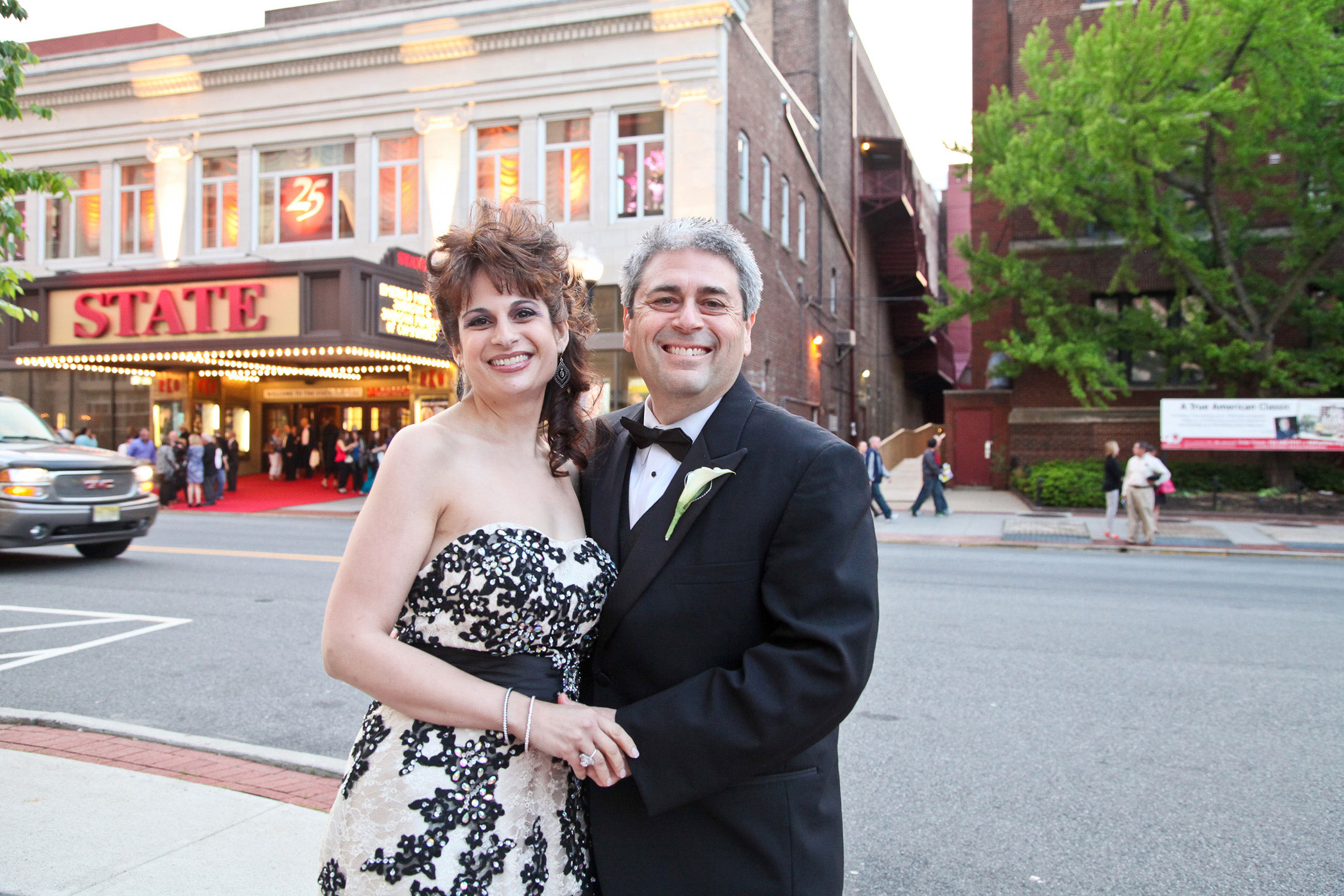 Tell us about yourself. What is your personal and professional background?
Originally, I was a child actor. Years ago there were a lot of dinner theaters around and I had the fortune of playing the Artful Dodger in Oliver. I would go around touring to play this role. And from there, I spent the summers in New Hampshire at the Hampton Playhouse for six years. I loved doing it and then I loved directing it. I was directing all over New England and decided it was time to come back to New York and become a big time director. Unfortunately, at that time,  it took $2 million to direct a musical and so they only wanted older people to direct.

I met with a very famous group of people called The Dodgers. Michael Dodger was in his apartment with his big smelly dog and all those people. They looked at my demo and they said, “You are very talented but at this point no one is going to give a 22-year-old kid two or three million dollars to direct a musical. Come back when you have gray hair and we’ll talk.” Today, Michael and Dodger Productions are one of the biggest on Broadway, and all they want is 21-year-olds to direct, and no one with gray hair.

I was in the right place at the wrong time. So, I left that business and got into investment banking. It is a little different, but I now manage money for high-end individuals, foundations, non-profits, and I run offices for the Royal Bank of Canada. But my passion was still this, and so I felt it was very important to give back and give back to something that means something to you. And to be able to still be involved in the arts and in giving back to the community is why I am here.

Now that you are Chair of the Board, what are some of the things that you look to accomplish?
The first thing I want to do it is open up the arts to more people. It is very exciting when you go to Broadway and see a show. But the problem is, you see a certain age group, a certain ethnicity, and a certain type of person, but the arts were never intended for that. The arts were intended for everybody; I mean look back at Shakespeare’s time, when the Globe Theatre had the beggars standing at the bottom, and they had to stand to watch the theater, while the rich aristocrats sat in the seats. I think that is how the arts should be; the arts are for everyone.

But the first thing I want to do is introduce the arts to a diverse group of people, age wise—I want younger people to experience theater. We are in a problem now with Netflix, movies, and on demand. People aren’t as they used to be. I remember when we were younger, we couldn’t wait to go see a show and we would have it on our calendar. Now people don’t want to put anything a week away on their calendars because they have too many plans. So the first thing I want to do is make the arts more accessible to a wide range of people.

The second thing I want to do is make it as affordable as possible. We are a non-profit organization and I often say that even if we sell every ticket for every show and for every performance, it still wouldn’t balance our budget. So, I want to reach out to people who experienced the arts growing up, like I have, or have had the fortune of being very successful, and asking them to partner with us to bring the arts to more people. If they can donate in their own way, we can bring other people to the theater. 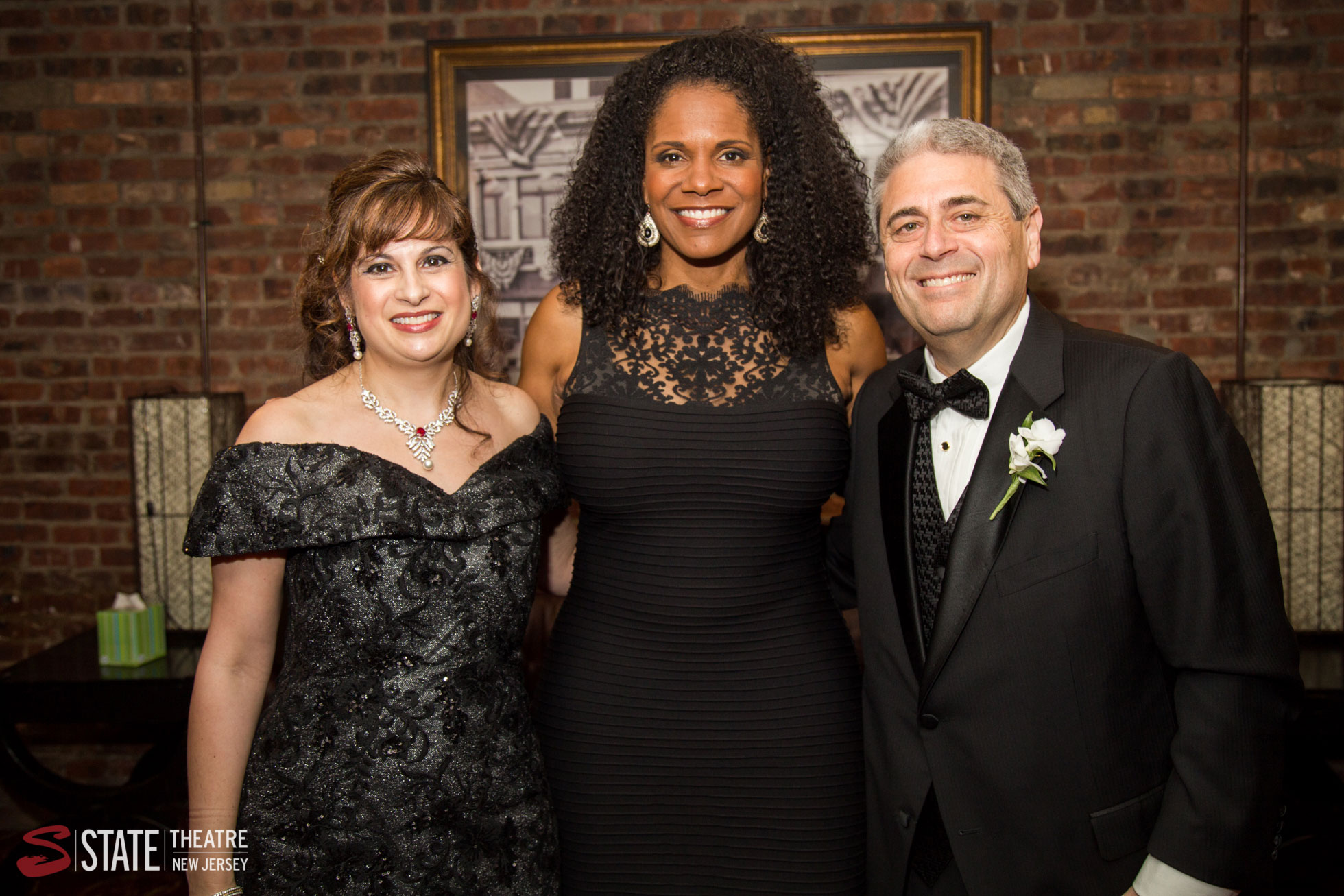 In what areas do you hope to see State Theatre New Jersey grow?
I am very excited about our Broadway Series; being an actor myself. We are now going to have a Broadway Series where we have five or six Broadway shows a year and you are going to have tickets to all those shows through our season ticket program where you sit in the same seat for all the shows. Theatergoers love that and so I want to see that grow. We don’t have opera right now, but I would love to see that someday. And I understand that it isn’t the most popular but that is what our mission is; to bring this culture to the area of New Brunswick and Middlesex County. More dance and more jazz. We have everything, but the more we can bring to this community of Middlesex County and New Jersey—that’s what I want to see grow here at the State Theatre.


You have been to many shows at the State Theatre, what are some of the standout moments or performances for you?
There are so many. Obviously, the Broadway shows I love. Harry Connick Jr. was just incredible. We just saw Air Supply and I have to tell you, we went to Air Supply because that was my wife’s favorite band growing up and I was here because I was asked to drive. But I had a great time and the audience was just exciting. I love coming to this theater and feeling the buzz here. You feel that the minute you walk in the door, as the ushers take your tickets with a smile on their face and welcome you, then you get in the lobby and smell the popcorn, and then you get to your seat inside.  The ushers welcome you with open arms and walk you to your seats, like it used to be; not like it is now in many theaters where they say, “go down 10 rows, make a right, and you’re 4th seat in.” To me, it is all about the experience, I call it “the patron experience.” I believe that the moment you get out of your car to the minute you get back in; it sets the whole mood. So when you get to this theater, you have to be welcomed because it’s your money and people work very hard for their money. So if they have decided to spend that money here at the State Theatre, then we have the responsibility to provide them with the most incredible experience they should ever want.

What do you think makes the State Theatre stand out from other venues?
It’s all about the experience. When you walk in, somebody is always there to greet you and it doesn’t matter if you are the number one donor or somebody who is here for the first time. Matter of fact, it’s even better when you are here for the first time because they see the look on your face of “where do I go?” and somebody is right there. The ushers tell you to go to the second floor and say “there is a bar up there, the bathrooms are there, and the lounge is there.” I have heard them say “there is no intermission, so get what you need now so you don’t miss any of the show.”

We get it here at the State Theatre, we understand that there are many venues in New Jersey as well as New York, and therefore people have limited funds and have to decide where they want to spend it. I have to give it to the staff because they are the ones that are implementing this. They have a policy and a process of treating people, so that every single person that walks in through those doors feels special and wants to come back.

The most wonderful experience, for me, is when I see somebody come in for the first time, walk in to the theater part and see that chandelier, look around the walls, and see how beautiful the facility is. And at one point in the intermission, turn to a friend and say “I never even knew this place was here, I can’t believe this place, this is incredible.” That’s what I love, the orchestra starts playing, the lights go down, and you are seeing the show. A few years ago, we had Mamma Mia and it was better than the Broadway production. No disrespect to Broadway, but it was on its eighth cast and it was on for 10 years. But the tour was excited to perform. The goal for many people on these tours is to get to Broadway and they know that they have to put in their time and sweat equity in order to get noticed for a chance to get on Broadway.