Come "Walk on Sunshine" with Katrina at Retro Futura! 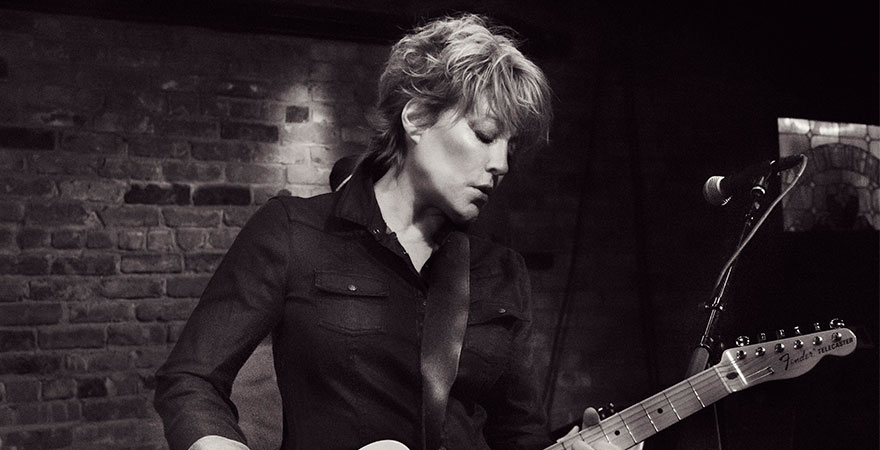 Riding ‘The Waves’ of her international hit, “Walking on Sunshine,” Katrina Leskanic, front woman of Katrina and The Waves was thrown into the limelight of the 80’s new wave pop scene, and built a legacy of greatness with her music, both with the band and as a solo artist. Catch Katrina at State Theatre New Jersey as part of the Retro Futura Tour 2017 with other new wave artists Howard Jones, The English Beat, Men Without Hats, Modern English, and Paul Young on August 9.

Before the age of 17, Katrina had lived in eight different states, West Germany, and the Netherlands, before finally settling in the United Kingdom in 1976. At the time, Katrina’s father was a colonel in the United States Air Force and was constantly relocating. Katrina got her musical start in a pop cover band called Mama’s Cookin’ alongside eventual Katrina and The Waves members Vince de la Cruz and Alex Cooper. The band covered mainly American rock bands like ZZ Top, Heart, and Linda Ronstadt, all artists that Katrina started listening to while moving across the United States.

Katrina and The Waves got their big break with Capital Records when The Bangles covered their song “Going Down To Liverpool.” Over the course of their career, Katrina and The Waves released 10 albums from 1982 until 1997, when the band won the Eurovision Song Contest; a yearly music contest in which participating European countries submit original songs to be performed, and the best of the best is chosen as the winning song. To win the contest is a very prestigious honor, and helped catapult the careers of artists like ABBA and Céline Dion. Winning this award brought the band back into the spotlight and gave them their biggest hit, the winning song, “Love Shine a Light.”

Katrina and The Waves broke up in 1999 and Katrina launched her solo career. She began as a DJ for BBC Radio 2 and got very involved with theater and musicals, at one point, touring parts of Europe for various theater productions. In 2006, she released her first solo album, Katrina Leskanich, which was a departure from the new wave style of Katrina and The Waves. This release, along with her future solo records, would have more of a bluesy soft rock feel to them, with her Motown and American Rock influence taking center stage.

Don’t miss Katrina performing her greatest hits when she comes to State Theatre New Jersey on Wednesday, August 9, 2017 at 7pm, alongside the rest of the Retro Futura Tour 2017 artists. 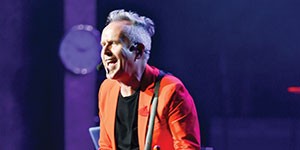