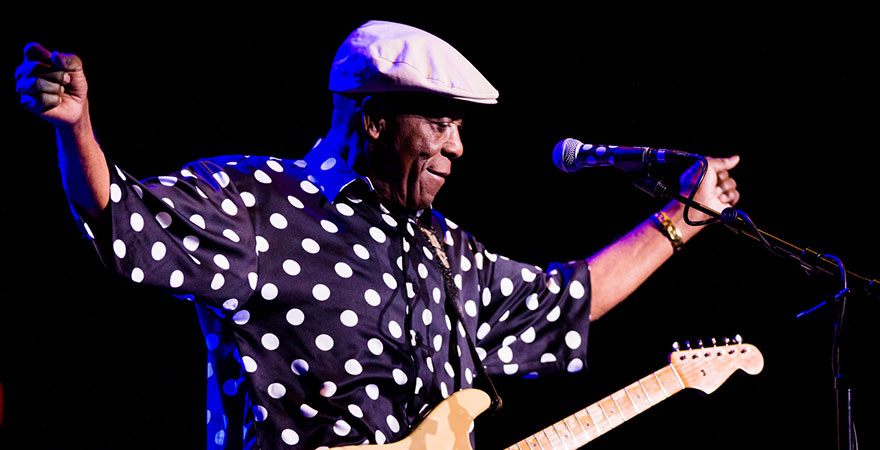 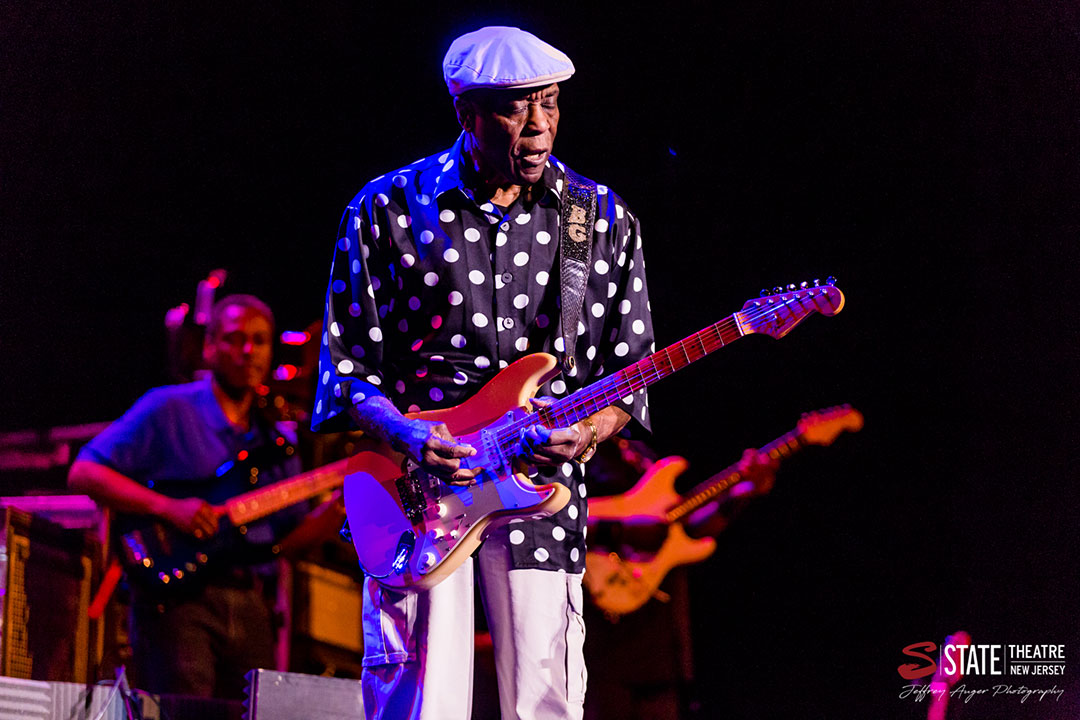 Legendary blues guitarist and singer Buddy Guy performed for a full house at State Theatre New Jersey Thursday August 17th.   Graced with many awards, he is also in the Rock and Roll Hall of Fame.  He opened the show with "Damn Right I’ve Got the Blues." At 81 years old, his voice is ripe and his guitar playing is inspirational; the evening was a special one.

He talked about growing up in Louisiana and shared his philosophy on life, adding to the depth of the evening’s show.   It wasn’t until he was 17 that he first came across running water. Referring to himself, he said "you can’t judge a book by its cover. " For his introduction to "You Give Me Fever," he said it was how he feels about everybody; the lyrics are about love. He’s refreshing and full of wisdom.  Confidently, he proclaimed “you may not like me, but you can’t stop me from loving you.”

For Johnny Taylor’s song "Who’s Making Love to Your Old Lady," Buddy encouraged us to sing with him.    He then walked up the aisles and jammed on his guitar.  Along with everyone else, I was in awe of his talent and legendary status.   Other memorable songs of the evening were "Son of a Gun" and "Key Don’t Fit." At one point, he even flung pictures out into the audience and signed autographs.

Buddy isn’t showing andy signs of slowing down. He was in Tokyo three weeks ago and according to Buddy's bio in the State Theatre playbill, before Muddy Waters passed away he told Buddy to "keep the blues alive." Similarly, other musicians have told him that when they are gone, everything was going to be on "his shoulders." Buddy’s response is “So as long as I’m here, I’m going to do whatever I can to keep it alive.”   He is keeping the blues alive with gusto.

Prior to Buddy’s show, the audience was warmed up with 18 year old Quinn Sullivan.  Quinn was discovered by Buddy at seven years old.  He sang "Midnight Highway," "She Gets Me," and "Something for Me," among other tunes.  The audience was blown away by his talent and Buddy let us know what a great guitarist he was at seven!  He and Buddy jammed together and their fondness for each other was evident.

One of my favorite songs of the night was "Skin Deep" which was inspired by a time when Buddy’s mother was holding a broken mirror and gazing into it.  Buddy then looked at himself with it, and told her he was beautiful.  She let him know that was on the surface.  His producer Tom Hambridge and Quinn joined him for the inspiring song. Tom is also a singer and musician; he played drums during Quinn’s opening performance.

Buddy’s enthusiasm for music and life makes him a beautiful performer.  It’s refreshing to see an older gentleman gracing the stage and spread his message of love for people and the Blues. His parents once said of a young Buddy, “our little boy has the Blues,” and they were right. 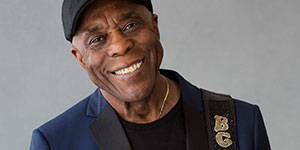