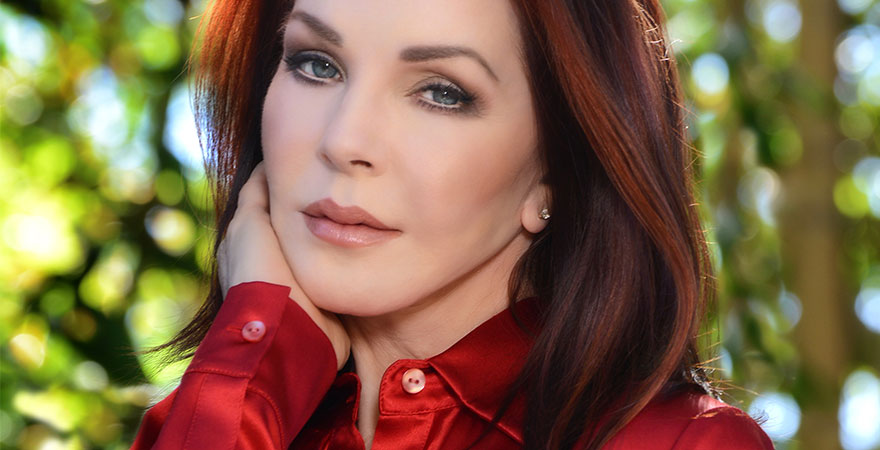 Priscilla Presley offers a rare opportunity to gain access into a world few have entered as State Theatre New Jersey presents Elvis & Me - An Evening with Priscilla Presley on Fri, October 27. E Street Band drummer Max Weinberg moderates an open conversation with Priscilla where she will answer audience questions, spark discussion, and provide special insight into the life of Elvis

From the moment Priscilla met Elvis in Germany in fall of 1959, her life was changed forever. Elvis and Priscilla were married for six years and had daughter Lisa Marie Presley before their divorce in 1973. Despite their divorce, the two remained close until his death. She became co-executor of the Presley Estate following the death of Elvis' father, Vernon, and brought the estate from the brink of bankruptcy into a phenomenally successful organization. Priscilla continues to serve as a steward of the Elvis Presley legacy.

Join the original first lady of Rock n’ Roll as she recalls her fascinating life and talks about being romanced by Elvis, their Las Vegas wedding, their marriage, and life inside the gates of Graceland. Learn how she raised a daughter during the rise of the tabloids, how she coped with Elvis’ passing, and how she created a career and identity for herself as an actress on the hit television series Dallas and The Naked Gun film trilogy.

The show will be moderated by Max Weinberg, drummer for Bruce Springsteen's E Street Band, Rock and Roll Hall of Fame member, and former bandleader for talk show host Conan O’Brian on Late Night with Conan O'Brien and The Tonight Show with Conan O'Brien. Inspired to pursue his own rock n’ roll career after watching Elvis’ drummer D.J. Fontana perform on The Milton Berle Show, Weinberg is the perfect host for the journey of Priscilla’s incredible life.

Audience members will feel like guests invited into Priscilla’s living room as she shares personal stories, answers questions, and presents hand-picked pieces from her private collection of home movies and photos. “It’s an intimate conversation that’s going to be honest.” Priscilla vows. “I want to put the truth out there.” She welcomes audience members to share their own memories as well.

Elvis & Me is part of Priscilla Presley’s effort to keep Elvis' memory alive, a mission she has taken on as part of her life's work. She hopes people will leave with a better understanding of her time with Elvis. “There’s a lot about our lifestyle and what want on behind the scenes and it gives people a closer look at our relationship,” she promises.

Elvis & Me - An Evening with Priscilla Presley will deliver a once in a lifetime look into the life of the King of Rock n’ Roll. Do not miss the opportunity to share this intimate conversation at State Theatre New Jersey on Fri, October 27, 2017 at 8pm. Buy your tickets now!