A Centuries Old Gift to the World 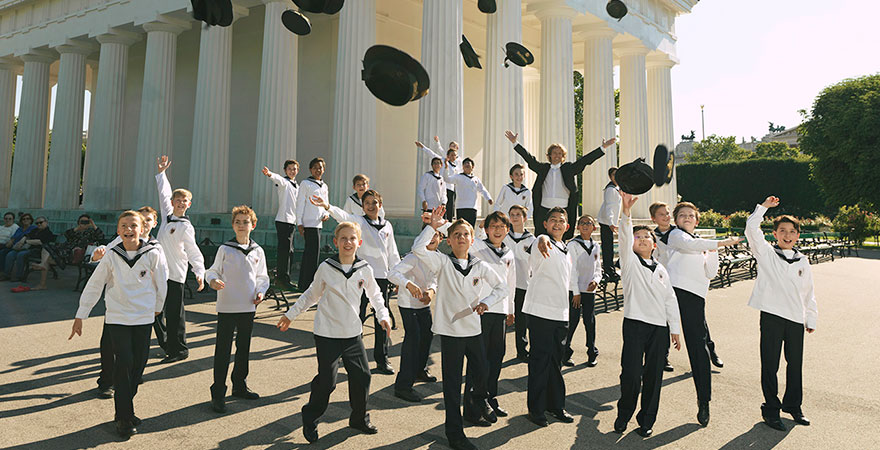 The Vienna Boys’ Choir visited State Theatre New Jersey this past Sunday. The angelic troupe has been in the U.S. since October, and their current tour marks their first time in the Garden State. Conductor Manolo Cagnin said he’s been told the State Theatre is the best place to perform; this drew a round of applause from the audience.

Hailing back to the 15th century (1498), the troupe traces its roots even earlier to the 13th. Centuries have passed and over time the choir has changed; it now includes boys (aged 10-14) from all over the world including countries such as Germany, Japan, New Zealand, South Korea, and of course, Austria. Maestro Cagnin had the 25 talented boys introduce themselves by first name and their country. The last boy to speak was singled out and presented to the audience as Scott from the U.S.!

The first half included some uplifting pieces including "Gloria" and "Jubilate Deo" along with some feisty ones, "Libertango" and "Mambo Italiano." Following intermission, the second half focused on Christmas songs including "Joy to the World," "O Holy Night," and "Have Yourself a Merry Little Christmas." The Vienna Boys Choir is comprised of four groups that tour the world performing about 300 concerts a year. Some of the boys have siblings, fathers, uncles, or grandfathers that have been members of the prestigious group.

Since 2008, Maestro Cagnin has been with the choir, touring Australia, Ireland, North and South America, Singapore, and many other places. His love for music and conducting were evident and he enjoys working with the boys as "they possess character and spirit." His musical roots began in childhood, playing violin. For the most part, the boys sang; however, they also mixed it up with a violin solo, some guitar playing, an acapello duet, and a solo—all contributing to the festive performance.   While introducing a piece, the Maestro said how important words are and he wanted to show us his heart which was very touching. He seemed honored to be part of the choir.

They opened the evening with "Veni Creator Spiritus," sung in Latin as a Gregorian Chant. It is believed to be written in the 9th century by Rabanus Maurus. The hymn’s solemn tone was heavenly as it heralded in the gift of these talented boys. And when the show was over, they swept off the stage only to return for an encore singing "Jingle Bells." They disappeared again and then reappeared, singing a transcendent version of "Silent Night," my favorite piece of the night.

The boys and the Maestro must work hard and be disciplined, but they also possess talent, and lots of it. This hard work and talent resulted in angelic voices swooping down and visiting the State Theatre for the afternoon; we all walked away a little lighter. 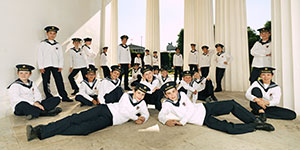 A Show 700 years in the making 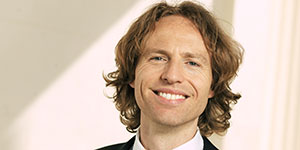 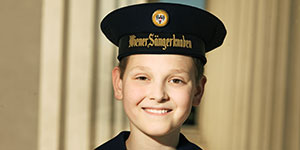 Interview with American Chorister Scott of the Vienna Boys Choir