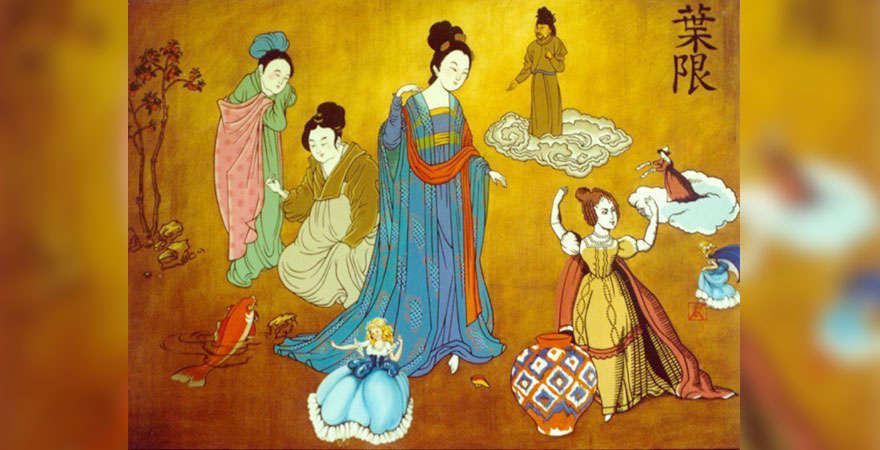 The story of Cinderella has been told all around the world in many cultures for many years. Some involve magical fish or gourds with special powers, while other stories involve a shoe-stealing falcon. Here are some examples of the different versions of Cinderella told across the globe.

Ye Xian (China)
Ye Xian is a young girl who talks to a very large, magical fish. The fish is later killed and served for sup­per by her stepmother. Ye Xian is visited by an ancestor, who tells her if she buries the fish’s bones in four pots and puts them under the four corners of her bed, they can make her wishes come true. She attends a New Year’s celebration, where she leaves behind her magical slipper. The King of the To’Han Islets stumbles upon the slipper and vows to marry the person who has a foot small enough to fit the slipper. He creates a pavilion and puts the slipper on display. Ye Xian tries to retrieve it but is mistaken for a criminal and is brought before the King. She tells him of the unfortunate details of her life, and he allows her to return home. Later, the King seeks her out at her home and invites her to be his Queen. 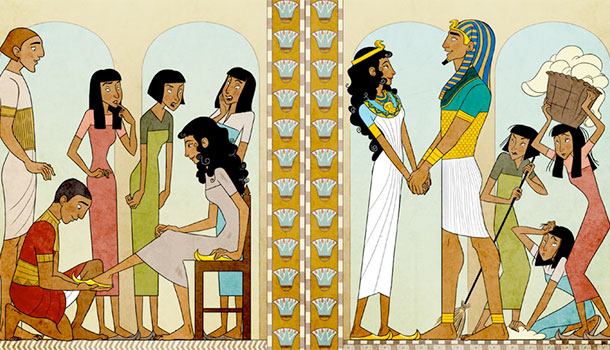 Rhodopis (Egypt)
Rhodopis is a Greek servant at the Pharaoh’s palace, where the other servants treat her cruelly. One day, the Pharaoh stumbles upon Rhodopis dancing by herself and commends her by giving her a gift: rose-gilded slippers. While drying her slippers, a falcon steals one and carries it all the way to the lap of the Pharaoh. The Pharaoh marvels at the slipper but does not recognize it as the same gift he demanded for Rhodopis. The Pharaoh vows to marry whomever the slipper belongs to. Later, he finds Rhodopis at her home and takes her as his bride. 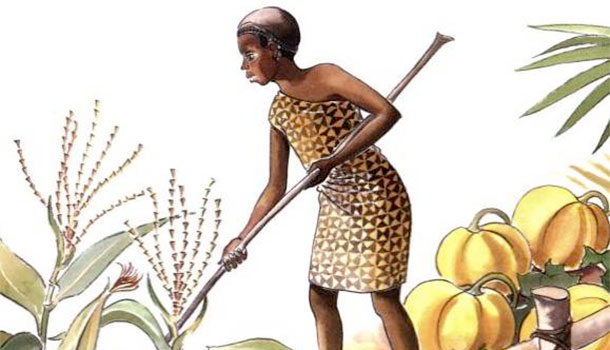 Chinye (West Africa)
Chinye tells the tale of a young African girl with a stepmother who sends her into the dangerous forest to retrieve water. She escapes unscathed and, upon her return, runs into an old woman who tells her to go into a hut, take the smallest gourd and break it open. She does so; the gourd produces treasures, of which her stepsister becomes envious. Chinye’s stepsister goes to the hut and returns home with the biggest gourd in the hut. She breaks it open, but instead of treasure, an enormous storm emerges and destroys everything. The family leaves the town, while Chinye uses her newfound fortune to help others.