'TIS THE SEASON OF GIVING!

Make a tax-deductible donation by Dec 31st and help State Theatre continue to provide inspiration and entertainment through the power of live performing arts!  DONATE NOW > 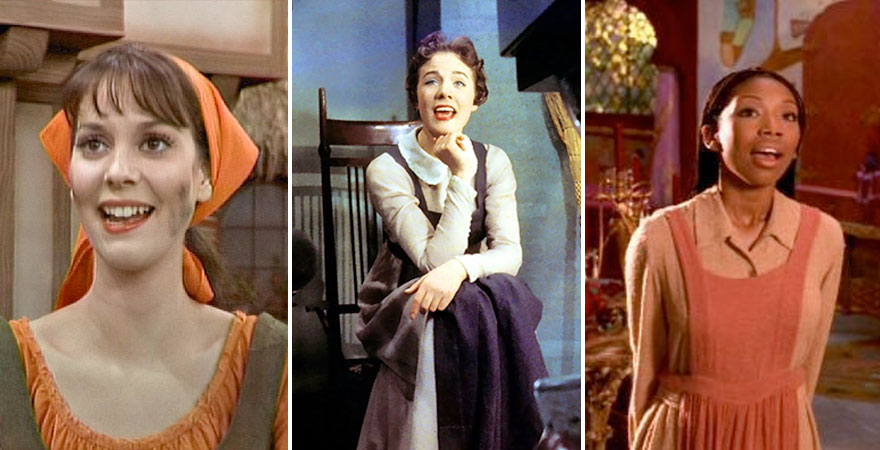 Although Rodgers + Hammerstein’s Cinderella premiered on Broadway for the very first time in 2013, this Rodgers and Hammerstein musical has found success on the small screen and in productions around the world for the last 50 years.

Staged versions of the musical began with a premiere at the London Coliseum by Harold Fielding on December 18, 1958. Other versions of Rodgers + Hammerstein’s Cinderella continued to play in U.S. the­aters after 1961. CBS decided to take a stab at another television version, with Richard Rodgers as executive producer. Rodgers wanted to stay truer to Perrault’s classic, but for the most part, the music and story were retained from the original. It premiered on Febru­ary 22, 1965. The New York City Opera produced the musical in 1993, 1995, and 2004 with such renowned performers as Eartha Kitt and Dick Van Patten. One of the most famous tours of Rodgers + Hammerstein’s Cinderella occurred in the U.S. in 2000-2001.

In 1997, Walt Disney Productions released a re­make of Rodgers + Hammerstein’s Cinderella star­ring Brandy as Cinderella. It premiered on November 2, 1997 and had great success, with about 60 mil­lion viewers tuning in. The Disney production was applauded for its diversity in casting; the royal fam­ily was comprised of an African-American mother, a Caucasian father, and an Asian-American Prince. This innovative choice showed the universality of the story, continuing to make it accessible to more audiences.

Rodgers + Hammerstein’s Cinderella made its Broadway debut in March of 2013, featuring new twists and turns by writer Douglas Carter Beane, direction by Mark Brokaw and choreography by Josh Rhodes. The National Tour of the Broadway production launched October 2014 and it will be at State Theatre New Jersey for three performances only February 9-10, 2018! 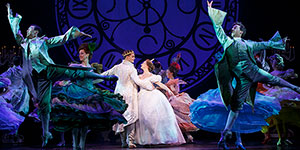