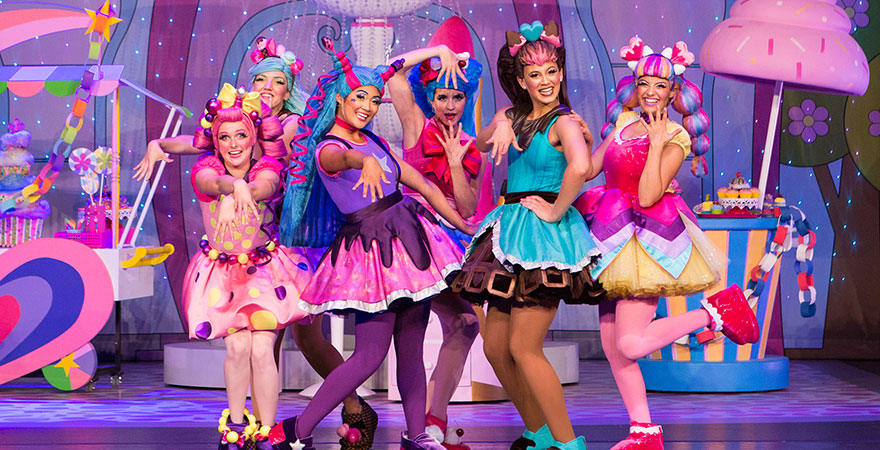 The most sought after toy in North America is heading to the stage in Shopkins Live! Shop it Up! The show promises a night of fun by bringing the audience into Shopville, a world filled with imaginative characters, catchy music, and colorful backgrounds. Shopkins Live! Shop It Up! hits State Theatre New Jersey on Tuesday, February 27.

The Shopkins journey may be a short one, but nonetheless it’s impressive. In 2014, Moose Toys© launched the mini collectible toy set and in less than a year they became the toy on almost every young girl’s list, all around the world. All Shopkins figures, like Apple Blossom, Strawberry Kiss, and Gino Gelati, are inspired by everyday household and grocery store items. Shopkins took the traditional idea of a collectible toy set, and twisted it for a new generation by giving them names and personalities.

With this early success, it’s no surprise that Shopkins began winning lots of awards. Crowned the Girl Toy of the Year by the Toy Industry Association in 2015, Shopkins also appeared on Time To Play Magazine’s Most Wanted List, and the Toy Insider’s “Hot 20” list in 2014. But even with all their achievements, the Shopkins’ rise is not going to stop anytime soon.

Now the most internationally loved toy set is making a name for itself in the musical theater world! Shopkins Live! Shop it Up! lets fans see some of their favorite Shoppies on stage including Jessicake, Bubbleisha, Peppa-Mint, Rainbow Kate, Cocolette, Polli Polish, and many more! This brand new story with all original songs and dances with follow the Shoppies as they prepare for and participate in the Funtastic Food and Fashion Fair.

This is a show for the entire family; everyone is sure to love something about it! The actors don’t want audience members to sit and listen, they want you to dance and sing along. The music involved is completely interactive ensuring that this will be an unforgettable experience. The music is original and catchy, so be prepared to be singing the songs for weeks after seeing the show.

Shopkins Live! Shop It Up! is a new original experience, where fans of the toys and musical lovers alike can sit down together for a night of fun. State Theatre New Jersey will host the show Tuesday, February 27, at 6:30pm so don’t miss your chance to see it! 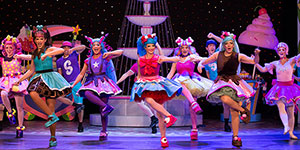