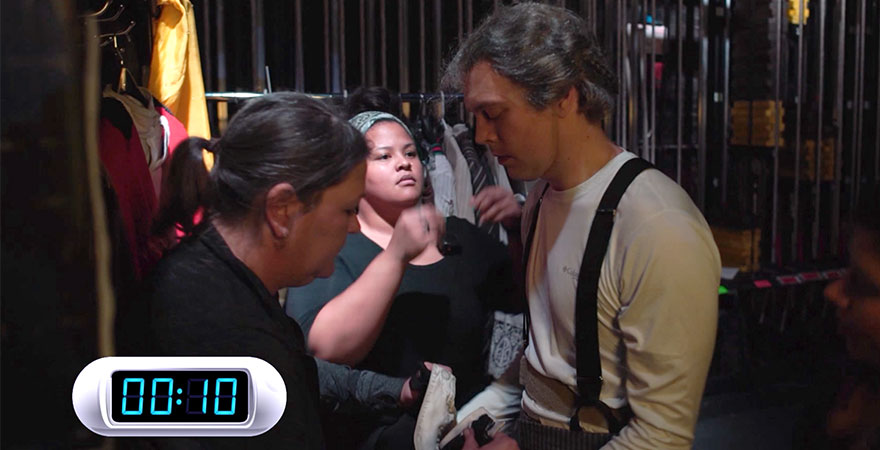 People go to the theater because many of them love the polished choreography on stage and the way everything just syncs up into one  cohesive piece.  What people may not know sitting in the audience, applauding the high notes hit and the amazing dance moves landed is that there is just as much choreography offstage as there is on stage. Between actors moving to get to their places and scenery moving to change locations there's plenty of other things going on backstage.

In A Gentleman's Guide to Love & Murder one of the most complicated pieces of the show is actually the costume quick changes.  James Taylor Odom, who plays Monty Navarro's antagonist, does so in either different members of The D'Ysquith family who we meet throughout the course of the show.  He is in almost every scene as a different one of these exaggerated characters so the speed of the costume quick changes are no joke; as demonstrated in the video below.

Make sure you keep this insider info in mind while watching A Gentleman's Guide to Love & Murder on April 6-7!