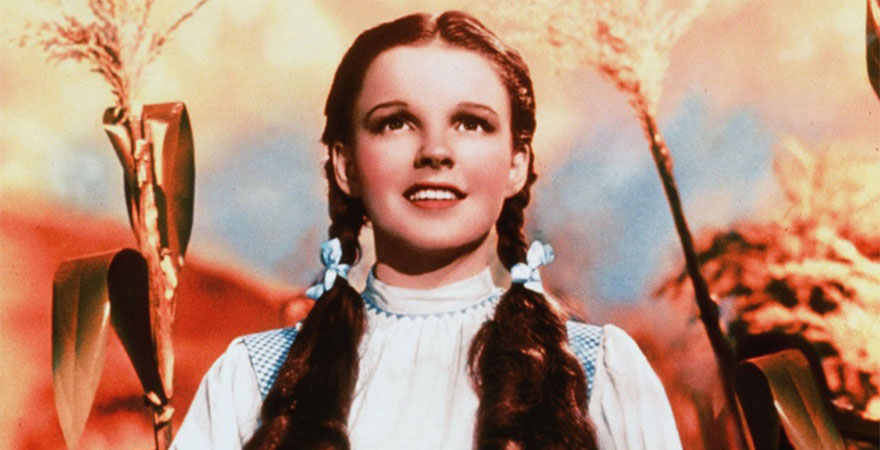 Sweet and innocent Dorothy Gale has made her mark as one of the most beloved characters of all time. The character was written over 100 years ago, but her story still holds true...no matter where we have been, home is where the heart is or rather "there's no place like home."

A coveted role for an actress, Dorothy has been played by many talented stars through the years. Here is a refresher on some of the famous faces that have portrayed our heroine.

The most famous Dorothy is from the 1939 MGM film. Watch Judy Garland sing "Somewhere Over the Rainbow":

Picked out from thousands of child actresses who auditioned for the role in 1985, this actress out shined the entire bunch. Watch an episode from the online Documentary about casting Fairuza Balk in Return to Oz:

Flashback to the legendary Diana Ross (along with a young Michael Jackson) singing the super catchy tune, "Ease on Down the Road" from The Wiz:

What do Ashanti, Queen Latifah, and Quentin Tarantino have in common? They all starred in The Muppets' Wizard of Oz! With Miss Piggy as the Wicked Witch, Gonzo as the Tin Man, and Pepe the King Prawn as Toto, this is one hilarious Oz. Check out the trailer:

Kalie Kaimann will be stepping into Dorthy Gale's shoes for The Wizard of Oz for her turn on the yellow brick road this May 4-5.