Here at the State Theatre we are super fortunate to have the best stagehands in the biz. And seriously, these guys have been through thick and thin. They have seen hundreds of artists come and go and have delivered the goods show after show. Leading the way for the crew is Master Electrician & Lighting Designer Craig Werner. A part of the State Theatre family since 1988 (and a little before that), Craig is a quiet guy with a big heart and you only need to talk to him for a minute to understand the soft spot he has for this place and his crew.

So you have been at the theater for a long time. What year did you start working here and is working in theater something that you were always interested in?
I was always interested in theater. I was always wanted to be in show business, ever since I was a little kid. I always liked it. Behind the scenes is what I liked the best, which is what I ended up doing. My first memory of this place was when I came here as a kid with my parents to see movies. Then, they did do shows in the 70s, when it was an x-rated house and I worked here for about six months during that time period. It finally closed down in the early 80s and they kept trying to get money to redo it. And when they got the money, our union office was in the front and we were part of the renovation crew. So, from the first day that they started the renovations, I was here. So, I got to see everything and how everything was done...where the wires went and everything else and we opened up in '88 and I have been here ever since, so that's over 30 years.

So the State Theatre is a union house, working with IATSE—can you explain how a stagehand union works? And how it may vary from other unions?
Basically it's called the entertainment union because we were projectionists and that kind of faded away. All motion picture work is done by the same union, if you look at the end of a movie, you will see our little emblem. And that's what we do, its international because we also incorporate Canada as well.

What do all of the stagehands do for all the shows at the theater before, during, and after a performance?
What usually happens is we come in first thing in the morning, like Friday for a Broadway show and there will be three trucks and we'll usually start with electrics, because they have to go in the air first. We hang the electrics, then climb out and then the floor comes and then the props and we get everything set for the day. It's approximately an eight hour day with that.  Then go home, come back and do two more shows, then we will load it out, which will take approximately four hours to load it out the door. Then back again for another show.

What do you and your full-time colleagues work on on an average day?
We just went through our new moving lights, marked everything and got locations ready to go because we'll be using them for the Gala for the first time, so it's kind of exciting. On a normal day, we will come in and do maintenance within the building, if something is broken but also go through our equipment, make sure everything is okay, because things do break.

Before you came to work at The State full time did you work at any other venues/locations?
I have over the years, but not much. This place is so busy, that it'spretty much been my home. I'm actually very lucky to have that. Most people have to commute to different venues—not me. I've been to the Paper Mill Playhouse, the Arena, the Raritan Center.

Do you have any fun backstage stories about any artists or shows that come to mind?
Well you know it's funny, it changes. Every year something comes in here that fascinates me. The recent one we did was when Engelbert (Humperdinck) was here the same day that Don Rickles died and he's from that era and I guess they knew each other. They threw roses on the stage for him and when we went backstage after he left, he had put a rose on Don Rickles' photo that we had up. That's a recent one. But there's all kinds of stories I like. A lot of the older stars that come in like Kris Kristofferson and the other ones that used to come here, they would give a tip to the lighting and sound personnel because they knew that they were the guys that made them sound and look right.

What are you looking forward to in the future for State Theatre New Jersey?
The State Theatre is a very unique place. We create the memories here and we bring back old memories for people. I think we have an opportunity with the next renovations coming up to really bring it back close to what it looked like in the old days. We are getting new equipment and that's what I am looking forward to...to really make it shine. 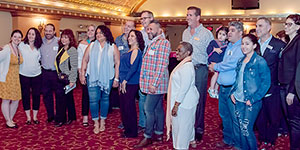 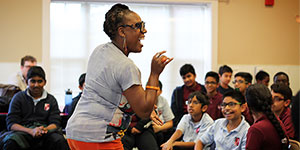 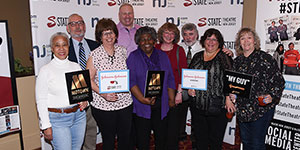 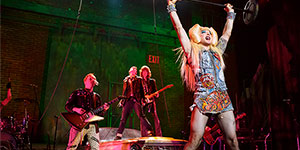