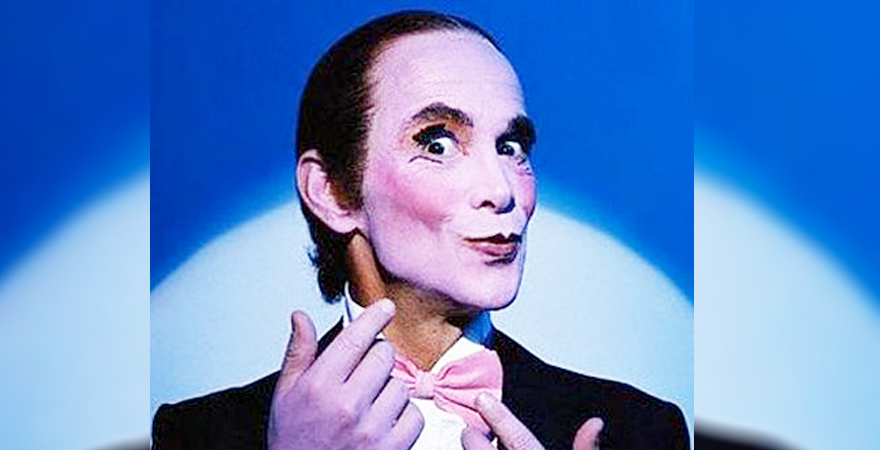 When the musical Cabaret opened on Broadway in 1966, it was a ground-breaking, startling production that made musical theater history. The original production was a daring and innovative piece of theater. Successive interpretations of Cabaret followed, with each new iteration reflecting a distinct moment of societal attitudes and acceptance. The musical's evolution can be seen as a mirror of American society over the last half-century. Come see the newest and most startlingly innovative production of Cabaret when it comes to State Theatre New Jersey on May 18-19!

Just as the historical cabaret was a place where artists could meet and confront the bourgeois audience with their shockingly new art and ideas, the costumes in the original musical were risqué for Broadway. However, while it was incredibly risque in 1966 to see women on stage wearing stockings, 20 years later the costumes designed for the original, albeit sexy, were more sophisticated and classy than shocking. Later productions showed a seedier, raunchier, and raw Kit Kat Klub. Ripped stockings and distressed clothing reveal the poverty and prostitution. Track marks on the actors’ arms expose drug use prevalent in the clubs.

The original Broadway set design of Cabaret featured a huge distorting mirror that hung over the club scenes in order to make the audience feel like they're not at a theater but in a cabaret.  Later productions ask the audience to look at what happens when society looks away from the brutal realities of the holocaust. In one production, The Emcee reveals a striped suit typical of the sort worn in concentration camps with a yellow star denoting Jews and a pink triangle denoting homosexuals.  A London performance left the camp glamour of the Kit Kat Klub stripped away to reveal the bare brick wall of the theatre against which the Kit Kat performers line up naked and huddled together as the sound of hissing gas filled the theatre.

America's greater acceptance of homosexuality is reflected in the progressive outing of the Cabaret male lead (named Cliff Bradshaw in the theater production) from unhappy straight man in 1966 to bi-curious in the Bob Fosse film, to bisexual in 1987, to an unambiguously gay, albeit closeted, man gathering the courage to express himself before fascism takes the opportunity away. Likewise, gender and sexuality lines of The Emcee have become increasingly blurry. The Emcee’s character has evolved from an asexual Emcee wearing a tuxedo with rouged cheeks, to a high sexualized Emcee with rouged nipples and suggestively placed suspenders, to a masculine female character in later productions.

An actor’s presence can change the part that they play. The Emcee's role was originally only 15 minutes long, but because Joel Grey delivered such powerful performance, the role grew in size and impact and by the first Broadway revival, Grey's Emcee had a more central role. The character of Sally likewise evolved, primarily because of Liza Minnelli’s performance in Bob Fosse’s 1972 film. The needy, reckless, and manipulative character was originally written as a highly entertaining but second-rate singer who only fancies herself a great performer. Because Minelli sang so well, and due to the needs of musical theater, the audience expectation for the characters musical ability demanded an actress who is a strong vocalist.

Over 50 years have passed since Joel Grey first sang "Willkommen" in 1966, yet Cabaret continues to dare and delight audiences. Come see the latest, daring revival of Cabaret at State Theatre New Jersey on May 18-19! 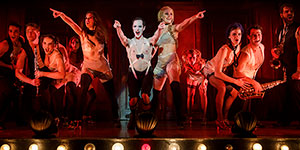