Do Not Try This At Home! 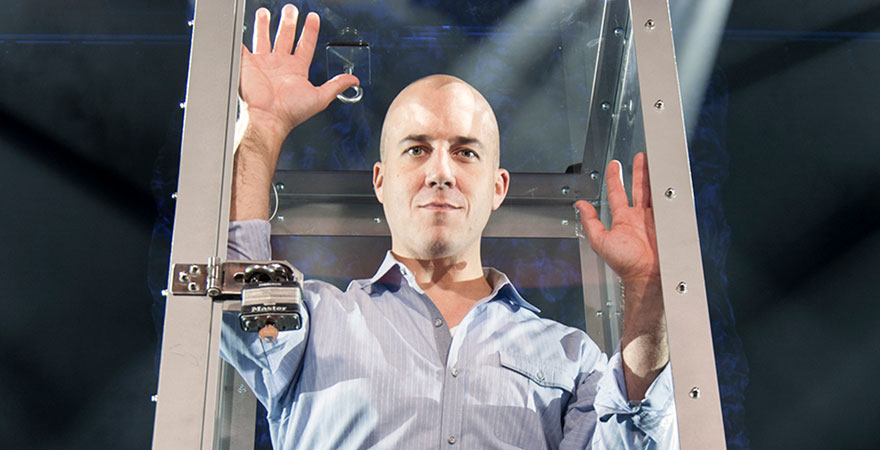 Whether performing amazing card tricks, disappearing acts, or making animals appear from thin air, it’s no doubt that magicians are an exceptional class of entertainers. They keep us wondering and they never cease to inspire. But some magicians (like Bill Blagg) are on an entirely different level and should probably come with a warning label: Do NOT try this at home!

You’ll see what we mean at State Theatre New Jersey on October 21 when Bill Blagg performs anatomy-defying stunts that are sure to make you cringe. Blagg is known for crushing himself from six feet to nearly six inches and then back! He is also known for shocking crowds with his freakish fan stunt, where he places one hand after another through a spinning steel fan without so much as even flinching.


Bill Blagg is one of the nation’s top touring magicians. His tricks and illusions are simply astounding. He’s in the highest  ranks; performing on the same stage Houdini once did. Still, he enjoys being close to his audience, so on occasion he’ll just teleport from one end of the theater to another. He likes to have a good time; you’ll get a kick out of his personality. His shows are fun and interactive (but if you’re squeamish, hopefully he doesn’t choose you for a regurgitated card trick).

Blagg has been featured on several news channels, and even performed stunts on the BET Music Awards. USA Today rightfully claims that Bill is, “Unbelievable!” And The Chicago Tribune attests he’s, “absolutely incredible!” If you have children, Bill also puts on an educational series called Science of Magic, where he teaches grade-school children how to make their teachers float! (Go ahead, have high expectations now, we give you permission.)

You don’t want to miss this! Bring your family and friends to State Theatre New Jersey on Sunday, October 21 at 2pm for The Magic of Bill Blagg Live! 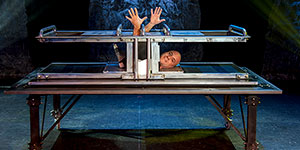