Whose Line at The State 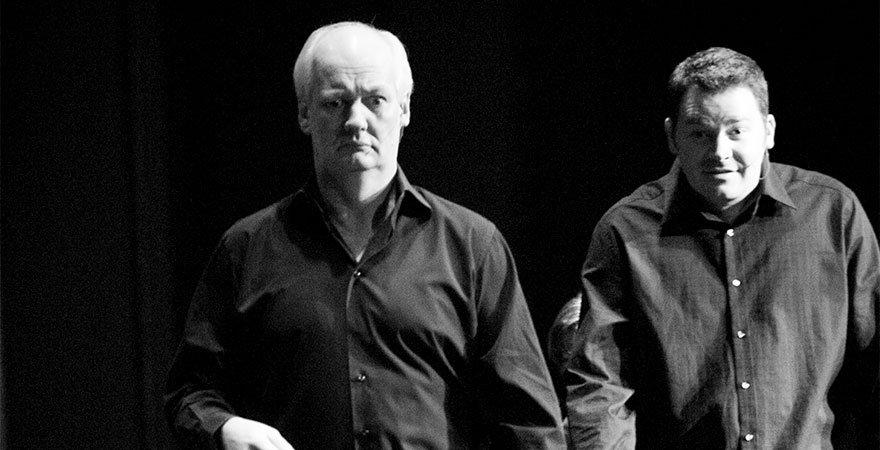 Onstage with nothing but their wit and knack for comedic timing, Colin Mochrie and Brad Sherwood make up a comedy dream team. Known by TV audiences for their work on the hit show Who’s Line is it Anyway? the duo use their wits, pure imagination, and audience participation in this high wire act to create the fresh and ever-changing show Colin Mochrie and Brad Sherwood: The Scared Scriptless Tour which can be seen at State Theatre New Jersey on October 4.

Aside from his time on both the British and American versions of the hit comedic show Whose Line is it Anyway? Mochrie has been performing since his early teens, making his acting debut in a high school production titled The Death and Life of Sneaky Fitch. After catching the acting bug, Mocherie joined the Studio 58 theatre school where he first came in contact with the art of improvisational comedy. From Studio 58 Mochrie moved back to Toronto and joined the Vancouver Theatre Sports League. His quick thinking skills landed him a spot in the iconic Second City comedy troupe. After touring and directing three Second City Toronto productions Mochrie got cast to perform in the British TV show Whose Line is it Anyway? where he stayed on the show for seven seasons. After the shows end in 1998, Mocherie joined Sherwood again on the of the American version of Whose Line, hosted by Drew Carey.

Brad Sherwood began acting at the age of eight at the Santa Fe Preparatory School and continued this passion throughout High School and College where he graduated from Wright State University with a B.F.A. in Acting. He  moved to Hollywood and made his TV debut when he landed the role of Ned Barron for 5 episodes of L.A. Law.  In 1992, Sherwood became a recurring performer on three seasons of the British version of Whose Line and went on star in all seven seasons of the American version. Aside from Who's Line, Sherwood was also one of a rotating group of guest announcers on The Price is Right. He also became a viral sensation when he got former White House Deputy Chief of Staff Karl Rove to participate in an improvised rap at the Congressional Radio and Television Correspondents Association Dinner in Washington, D.C.

Sherwood and Mochrie first met when Sherwood was hired to work on a TV show called My Talk Show with Mochrie’s wife and fellow comedian and performer, Debra McGrath. Sherwood and Mochrie began doing improv comedy shortly after with other former members of The Second City comedy troupe. The duo both landed spots in the popular British comedy show Whose Line Is It Anyway (1988) and continued performing together on the American version. Recognizing the incredible on stage chemistry between the two, Brad’s wife pitched the idea of the two going on tour together and the Scared Script-less Tour was born.

16 years later and this dynamic duo are still together displaying their improve skills around the world. Doing bits that can be recognized from Whose Line such as the famous Mouse Trap Game, as well as new material  based solely on audience suggestions and participation, each performance is one of a kind. You wont want to miss the opportunity to bare witness and  even join in on the fun with the two in the Colin Mochrie and Brad Sherwood: The Scared Scriptless Tour at State Theatre New Jersey on Thursday, October 4. 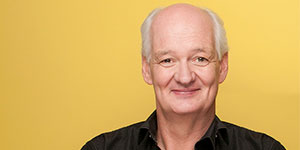 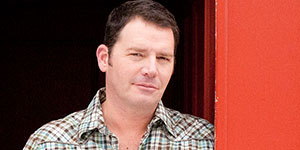