A Violin Virtuoso comes to The State 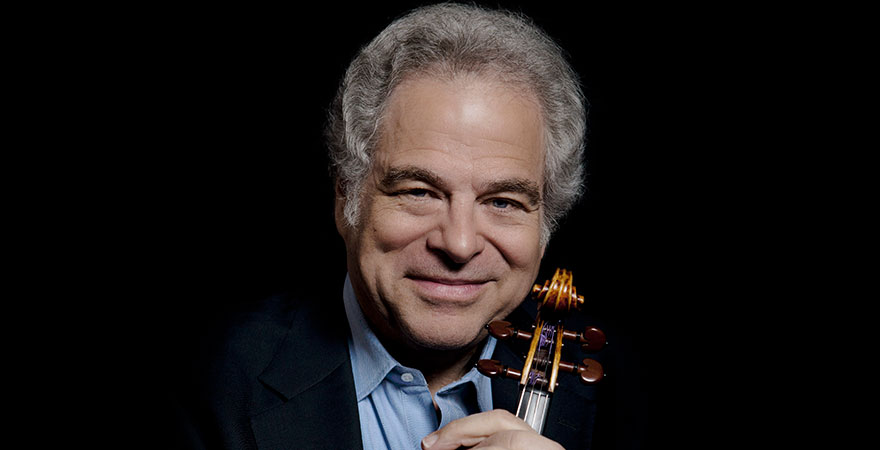 A rock star of classical music, Itzhak Perlman is one of the most renowned violinists in the world. Indisputably one of the great violinists of all time, Perlman is beloved and celebrated for his charm and humanity as well as his talent. Itzhak Periman, joined by his longtime touring piano accompanist, Rohan De Silva, will perform at State Theatre New Jersey on September 16, 2018. Join us for a truly remarkable concert experience by one of the world's most treasured musicians!

Born in Tel Aviv, Israel, in 1945, Perlman became interested in the violin after hearing a classical music performance on the radio. At the age of three, the aspiring musician was informed he was too tiny to hold a violin and denied admission to Israel’s Shulamit Conservatory. Undaunted, he taught himself to play the violin using a toy fiddle until he was old enough to enroll at the Shulamit Conservatory and later at the Academy of Music in Tel Aviv.

In 1958 Ed Sullivan selected a then-13-year-old Perlman to perform on his iconic television program The Ed Sullivan Show, introducing the young violinist to a widespread American audience. The young Perlman then moved to New York City to study at the Juilliard School. By popular demand, he returned to The Ed Sullivan Show on the same 1964 show that introduced the Rolling Stones to America. He quickly gained international recognition and embarked on a remarkable career in which he has since appeared with every major orchestra in venues throughout in the United States and across the world.

Whether he is playing Igor Stravinsky’s charming and witty "Suite Italienne," or Beethoven's technically challenging and emotionally contrasting "Kreutzer Sonata," Perlman puts his virtuosity on full display. He is able to shift from soft and subtle to bold and fiery, to move from swift prestos to adagios and back. Perlman approaches his selections pieces with exquisite sensitivity. His violin delivers a range of emotion—delighting with light-hearted pieces such as Fritz Kreisler’s "Tempo di Minuetto" or Scott Joplin’s "The Entertainer," and haunting with John William’s tragic Schindler’s List.

The legendary violinist is treasured by audiences who respond not only to his artistry and technical ability, but also to the joy and passion he brings to every performance. In addition to an extensive recording and performance career, he continues to make appearances on American television shows including The Tonight Show, Live from Lincoln Center broadcasts, Grammy Awards® telecasts, and Sesame Street. His music has been featured in numerous major motion pictures, including Schindler’s List, Hero, and Memoirs of a Geisha. He has played at functions at the White House for Presidents from Ronald Reagan to Barack Obama.

Numerous publications and institutions have paid tribute to Itzhak Periman for his contributions as an artist and humanitarian. In addition to receiving a Kennedy Center Honor and a Grammy Lifetime Achievement Award®, he was awarded the Medal of Liberty by President Ronald Reagan, the National Medal of Arts by President Bill Clinton, and the Presidential Medal of Freedom by President Barack Obama. Aside from his musical virtuoso, Perlman is an charming performer with a delightful stage persona. A master storyteller, he weaves humorous quips and entertaining threads as he announces his program. Together Perlman and De Silva dazzle the audience with their deft interplay between violin and piano.