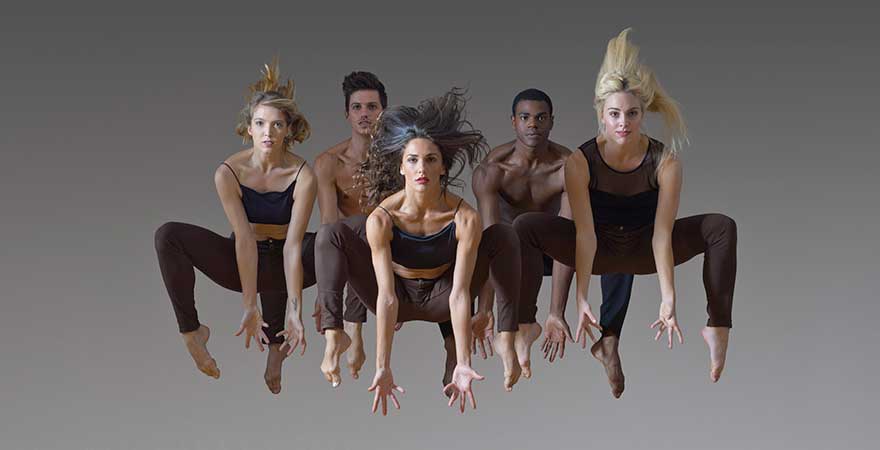 Parsons Dance is an internationally renowned dance company known for its impeccable ensemble work. It was specifically created to train dancers to develop the athletic prowess and technical skills to keep an audience engaged. Don’t miss your opportunity to see Parsons Dance live at The State on November 15.

When he was younger, David Parsons was always known as the “athletic guy.” He was a gymnast, wrestler, and could do mean tricks on the trampoline.  At the age of 10, his mother suggested he take his energy from sports and channel it into dance, and with that he was enrolled at Sunset Hill Academy, a summer dance program. This theater was known to show companies like Alvin Ailey American Dance Theater, Joffrey Ballet, and Paul Taylor Dance Company on its stage. While Parsons was there, he met Christopher Gillis, a longtime Paul Taylor dancer. Urged by Gillis to go to New York to learn more about dance, Parsons agreed. At the age of 17, Parsons graduated high school early and was able to move to New York on scholarship at the Alvin Ailey School.  In order to pay his bills, Parsons cleaned their studios, pumped gas on the Upper East Side, and lived off of $140 a month from his family. In 1982, Parsons created his most well-known piece of dance, Caught. A solo piece, Parsons was able to find a way for the dancer to “fly” by performing over 100 quick jumps while a strobe light flashes above.

After dancing with Paul Taylor Dance Company for more than eight years, Parsons decided to form his own dance troupe, so he could create his own “style” of dance. Alongside Tony Award®-winning lighting designer Howell Binkley, who has designed the lighting for 60 of their productions, the eight person dance troupe has performed in over 445 cities, 30 countries, and 5 continents. Parsons himself has created more than 80 pieces of work for the company. Parsons Dance has received commissions from American Ballet Theatre, New York City Ballet, Alvin Ailey American Dance Theater, and more. Parsons has created and collaborated works for Stephen Schwartz, Donna Karan, Annie Leibovitz, and Dave Matthews. In 2018, he received the Capezio Award, one of the most prestigious awards in dance.

In 2016, Parsons Dance launched their Autism-Friendly Programs, featuring sensory-friendly workshops and relaxed performances. In addition to this, they have been engaging audiences through their education and outreach programs, post-show discussions, open rehearsals, studio showcases, video workshops, summer workshops for pre-professional dancers, and in-school workshops for public school students.

Don’t miss your chance to see what The New York Times calls “one of the greatest movers of modern dance,” Parsons Dance, at State Theatre New Jersey on November 15 at 8pm.