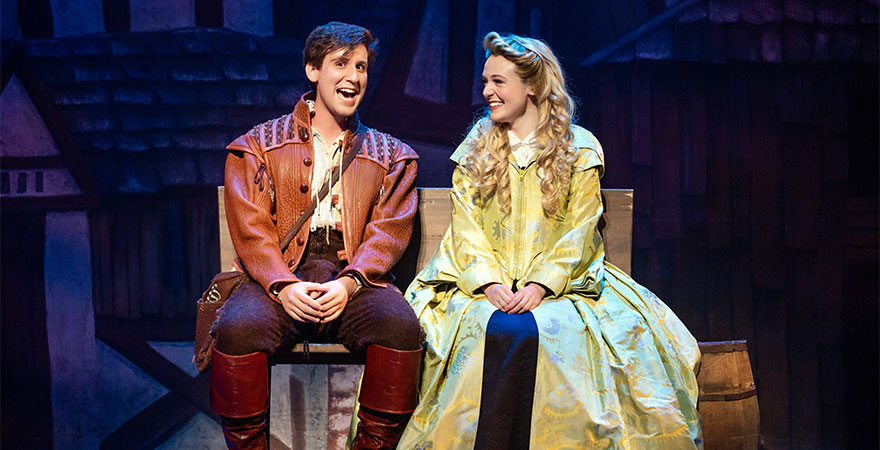 All the world’s a stage and Something Rotten! is front and center. This musical’s success can be attributed to all of its audiences including those who aren’t Broadway fans and Shakespeare buffs. The comedic geniuses behind this production have incorporated humor which anyone can sense. On November 2-3, State Theatre New Jersey presents three performances of humorous tales where all that glitters is gold.

The laugh lines in the Broadway hit Something Rotten! flow from different sources. There are influences from Broadways productions as well as the literary works of Shakespeare. While some jokes do require prior knowledge of these worlds, the creators have ensured that exposure to theater or literature is not required to have a good time. For example, the second song in the play is actually titled, "God I Hate Shakespeare." In honoring theatrical legacies, the play pokes fun at itself and its histories.

Some jokes come at the expense of William Shakespeare—the rock star of his day—here played as a world-weary writer who finds being famous so much more enjoyable than actually coming up with new ideas; while some are pointed at musical theater itself—a veritable feast for fans and geeks who adore Rent, Cats, A Chorus Line, Chicago, Les Misérables, Annie, and dozens of other iconic musicals from the Broadway cannon.

Although Something Rotten! can be understood by most audiences, it is not intended for audiences of all ages. Other jokes are bawdy, with the judgmental Puritan leader Brother Jeremiah helplessly slipping into sexually-tinged double entendre, and his daughter Portia experiencing a sonnet read by her writer-beau Nigel Bottom as if it were their first time (and not in a literary sense).

The show’s humor, the work of brothers Karey and Wayne Kirkpatrick (score), Karey and John O’Farrell (book), director-choreographer Casey Nicholaw, and music arranger Glen Kelly, has been tested, vetted, and carefully calibrated so that theatergoers can have a good time whether they know a lot or only a little about Shakespeare and/or musical theater.

“We were conscious of not wanting to be so inside that you could only get it if you had seen the most obscure musicals,” Wayne Kirkpatrick says. “We went broad, purposely. We referenced not only the musicals that inspired us, but also musicals people would know even if they hadn’t seen them; or maybe they’d only seen the movie. We did the same with Shakespeare. Everybody knows some Shakespeare lines. There are a lot of what we refer to as his ‘hits’, that everybody is going to know.”

The end result is a show so fresh and funny, audiences of all ages and backgrounds love it. “It doesn’t matter how much you know,” director/choreographer Nicholaw confirms. “My nieces and nephews say it’s their favorite show that I’ve done and they don’t know any of the references.”

O’Farrell concludes, “If it works as a musical for people who don’t know musicals or Shakespeare, then I’m happy.  It’s about show business and putting on a show. The show works on many levels, but the main level it works on, I hope, is that it’s just a great fun night out.”

Friends, Romans, and Countrymen will gather at The State on November 2-3 for this hilarious, riveting production; thy name is Something Rotten!