A Sight to Behold at the State Theatre 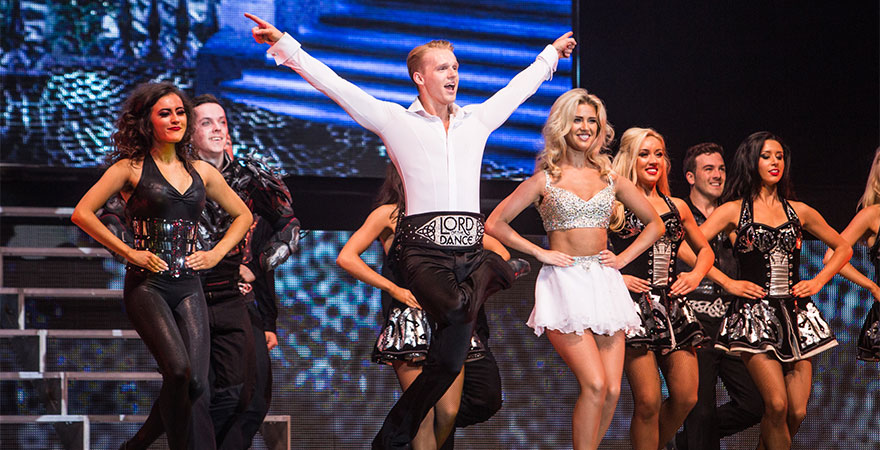 Lord of the Dance: Dangerous Games originally premiered in September of 2014 at the London Palladium and has continued to amaze audiences around the world since, and the State Theatre was no exception. On October 9, the State Theatre’s stage was put to the test by the cast of Lord of the Dance as they danced their way through a classic tale of good vs. evil.

James Keegan (Lord of the Dance) was a sight to behold on the stage as he wowed both young and old with his mastery of dance as his feet seemed to have a life of their own, (though, taking his shirt off may have caused some of the wows). Not to be outdone, Tom Cunningham (Dark Lord) was just as talented, as the many dance battles between him and Keegan would prove. But the show would not have been the same without Katrine O’Donnell (Saoirse) and Jessica Judge (Little Spirit). Both O'Donnell and Judge brought their characters to life for the audience and gave all the dancers who were in the audience a goal to strive for. Their elegance and grace were only matched by each other as they complimented and at times, outshone Keegan and Cunningham. Andrea Kren (Morrighan) was the perfect villainess, my favorite moment being when she pulls Keegan away from O'Donnell’s embrace and thus seemingly to seal his fate.

But the show was not all just about dancing. Judge guided the audience through the dream with her amazing flute playing, quickly becoming my favorite moments. Joining her in the instrument category are Giada Cunningham and Nicole Lonergan who played the fiddles and soon had the audience clapping along. Last but not least there was Rachel O’Conner (Erin the Goddess) who put words to the dances and blew the audience away with her incredible voice.