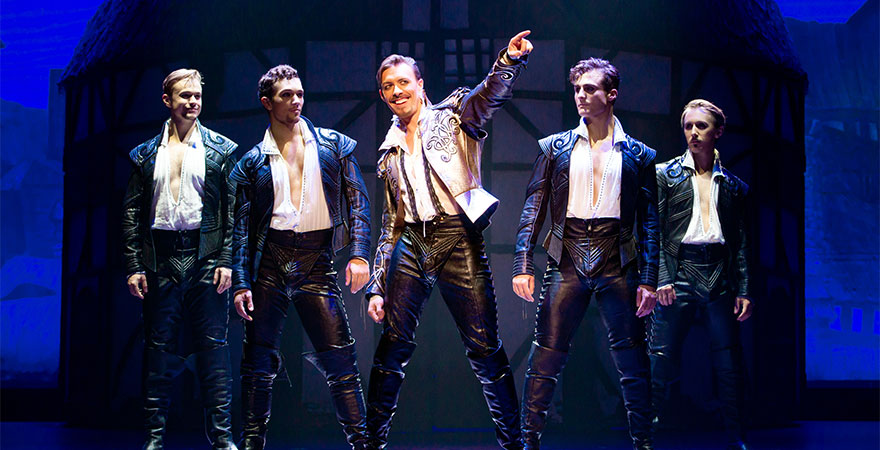 This season we have some of the best shows on Broadway coming to State Theatre New Jersey! We just kicked off the series with three awesome performances of Something Rotten!, and there's plenty more to come!Cirque Dreams Holidaze, a show with soaring acrobatics and gravity-defying feats that is altogether an extravagant theatrical production showing Friday, December 7, at 8pm, Saturday December 8, at 2pm and 8pm, and Sunday, December 9,at 2pm. Rodgers & Hammerstein's The King and I, a musical that tells the love story between the King of Siam and Anna Leonowens, a British woman who is the teacher of his wives and children, showing Friday, December 14, at 8pm and Saturday December 15, at 2pm and 8pm. STOMP, an explosive, inventive, provocative, witty, and unforgettable percussion sensation that is an amazing experience for audiences of all ages, showing Friday, January 11, at 8pm and Saturday, January 12, at 2pm and 8pm.

Chicago The Musical, the story of Roxie Hart, a 1920's housewife and nightclub dancer who murders her on-the-side lover then tries to avoid conviction by turning her malicious crime into a barrage of sensational headlines, showing Friday, February 15, at 8pm, Saturday, February 16, at 2pm and 8pm, then again Sunday, February 17, at 2pm. Next, based on the critically-acclaimed Academy Award®-winning film, Finding Neverland tells the incredible story behind one of the world’s most beloved characters: Peter Pan. Finding Neverland will be showing Friday, March 22, at 8pm, and Saturday March 23 at 2pm and 8pm. The final show in our Broadway series, RENT, is the story of a group of New Yorkers struggling with their careers, love lives, and the effects of the AIDS epidemic on their community. RENT will be showing Tuesday, April 2, at 8pm, Wednesday, April 3, at 8pm, and Thursday, April 4, at 8pm.

Following some of our Broadway shows are fun Cast Parties and Pride Night Parties that you don't want to miss! Join us after certain performances for hors d'oeuvres, a DJ for Pride Nights, a cash bar, and the  chance to mingle with the some of the cast! Cast Parties will be taking place after Rodgers & Hammerstein's The King and I (Friday, December, 14), Chicago The Musical (Friday, February 15), and Finding Neverland (Friday, March 22). Our Pride Parties will be after the evening performances of Rodgers & Hammerstein's The King and I (Saturday, December 15), and Chicago The Musical (Saturday, February 16).

When purchasing your ticket for the show you must add either the Cast Party or Pride Party to your order in the cart under Enhance Your Experience. You must have your ticket to the show with you in order to attend the party! If you already purchased your ticket and would like to know how you may still attend these parties, please call Guest Services at 732-246-7469. Parties take place in the 2nd floor lobby of the State Theatre (not wheelchair accessible). There is no elevator access, but special accommodations can be made upon request. For more information you can check out STNJ.org/Cast and STNJ.org/Pride. We can't wait to see you there! 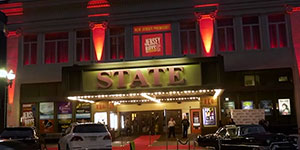 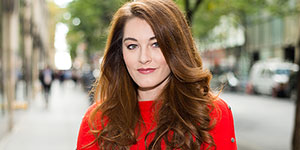 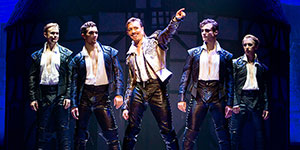 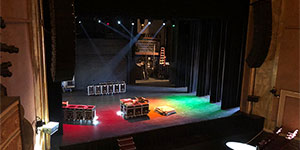 Technical Updates to the State Theatre 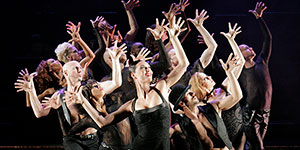 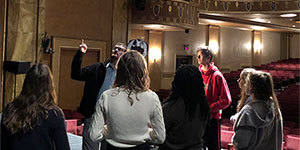 Theater Tours of The State