Don't miss these legends...check them off your bucket list! 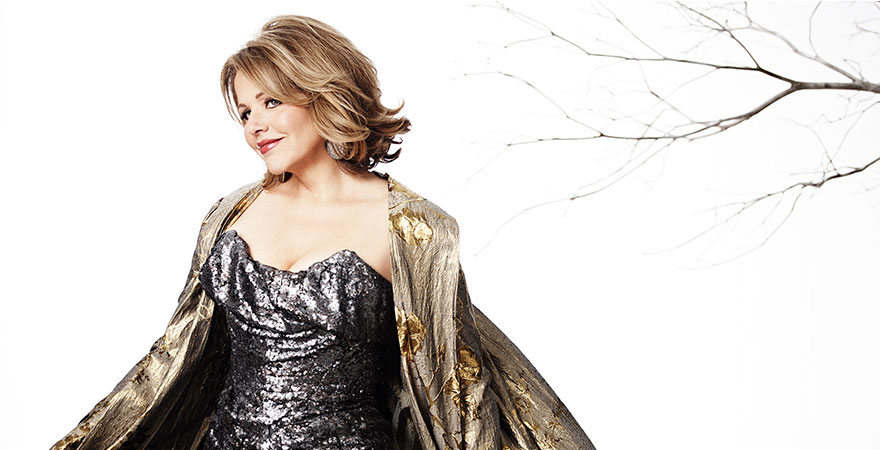 We always work to bring you the best of the best in talent and live entertainment available and this year is no exception! We have some incredible shows—nay legends (one might even call them bucket list artists)—coming to The State live and in person and we want to make sure you don't miss out on any of it!

In 1881 Civil War veteran Henry Lee Higginson founded the Boston Symphony Orchestra, calling its establishment “the dream of my life.” He intended to present, in the warmer months, concerts of light classics and the popular music of the day. From a practical perspective, Higginson realized that these “lighter” performances would provide year-round employment for his musicians. In May 1885—a little more than a month before the inaugural “Promenade Concert”—German-born conductor Adolf Neuendorff, under the aegis of the BSO, conducted a series of “Popular Concerts”—shortened to "Pops" in 1900—in the Boston Music Hall.

There have only been 17 Pops conductors including Neuendorff; Arthur Fiedler (1930-1979) became the first American-born musician to lead the orchestra, establishing the Boston Pops as a national icon. John Williams(1980-1993) succeeded Fiedler in 1980, he was the most highly acclaimed composer in Hollywood, and today, with 51 Academy Award nominations, he is the most-nominated living person in Academy history. Currently conducting is Keith Lockhart (1995-present), who has led concerts spotlighting artists from virtually every corner of the entertainment world, all the while maintaining the Pops’ appeal to its core audience. Mr. Lockhart’s tenure has been marked by a dramatic increase in touring, and the orchestra’s first Grammy nominations.

Tony Award®-winning, tap dancer, choreographer, and producer, Glover is celebrating his 35th year as a performing artist in show business. Broadway and film credits include The Tap Dance Kid, Black & Blue, Jelly’s Last Jam, Bring in ‘da Noise Bring in ‘da Funk, the movie Tap with Gregory Hines and Sammy Davis, Jr., Spike Lee’s Bamboozled, and the acclaimed Academy Award-winning 2006 Warner Brothers release of Happy Feet and Happy Feet 2, both choreographed by Savion Glover. Most recently recognized for his award winning choreography in the acclaimed Broadway musical, Shuffle Along, Glover continues to focus on bringing attention to the art form of tap dance as an instrumental component as well as maintaining a highly entertaining visual. He enjoys dancing on concert stages throughout the world with legendary jazz musicians such as Jack DeJohnette, Roy Haynes, and McCoy Tyner.

Come hear Savion Glover tap dance live with his new show All FuNKD' Up on Thursday, February 7 at 8pm.

Jack Hanna - America's Favorite Zookeeper
As a child, Jack spent his days cleaning animal cages for his local veterinarian and exploring the creek behind his house. Today, he explores the corners of the globe as one of the most visible and respected animal ambassadors in the world. His enthusiasm and hands-on approach to wildlife conservation has won him widespread acclaim as an author, television personality, conservationist, and director emeritus of the Columbus Zoo and Aquarium and The Wilds.

Recognized around the country as America’s favorite zookeeper, Hanna has made countless television appearances since 1983 on shows such as Good Morning America, The Late Late Show with James Corden, David Letterman, FOX and CNN News, and many more! He is the author of 15 books including his brand new full-color children’s book Jack Hanna's Awesome Animal Almanac published in 2017 which makes learning about animals fun with surprising and unbelievable animal stories and facts. Whatever Hanna’s role, he will always be an adventurer at heart, never hesitating to jump at the chance to travel, explore, and generate support for the animal world.

Make sure you come see Jack Hanna live on stage (with some furry friends, of course!) in Jack Hanna's Into the Wild Live! on Monday, February 24 at 10am, 12:30pm, and 3pm.

Renée Fleming - “A superstar by any measure…”
Renée Fleming is one of the most acclaimed singers of our time. In 2013, President Obama awarded her America's highest honor for an artist, the National Medal of Arts. In 2014, she became the first classical artist ever to sing the National Anthem at the Super Bowl. Winner of four Grammy Awards®, she has sung for momentous occasions from the Nobel Peace Prize ceremony to the Diamond Jubilee Concert for Queen Elizabeth II at Buckingham Palace.

Fleming most recently appeared on Broadway in a major new production of Rodgers & Hammerstein’s Carousel. She is heard on the soundtracks of the Best Picture Oscar winner The Shape of Water and Three Billboards Outside Ebbing, Missouri, and she will soon be heard as the singing voice of Roxane, played by Julianne Moore, in the film of the best-selling novel Bel Canto. As Artistic Advisor to the John F. Kennedy Center for the Performing Arts, she spearheads a collaboration with the National Institutes of Health focused on music, health, and neuroscience.

Renée’s most recent album Distant Light was released in 2017 by Decca. She has recorded everything from complete operas and song recitals to indie rock, jazz, and the soundtrack of The Lord of the Rings. 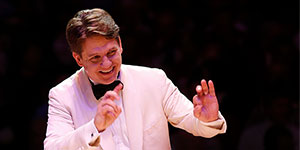 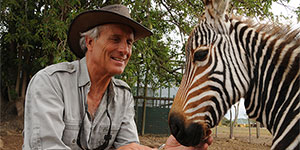