Dancing with the Stars: Live returns to the State! 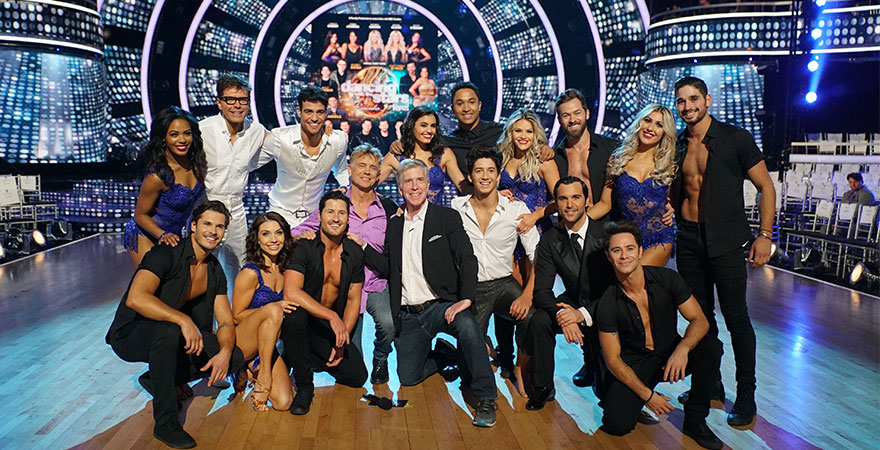 One of television’s biggest dance shows, Dancing with the Stars, is coming off the screen and onto the stage with Dancing with the Stars: Live!. This show will feature some of the show’s  biggest stars from season 27 including Witney Carson, Artem Chigvintsev, Gleb Savchenko, Emma Slater, Sasha Farber, Alan Bersten, Jenna Johnson, Brandon Armstrong, and recently added Val Chmerkovskiy! Each of these stars are recognized for their different types of dance styles ranging anywhere from jazz to hip-hop. Read more to find out more information on each of these featured dancers!

Witney Carson is an Emmy®-nominated choreographer that is trained in jazz, ballet, tap, Latin, and standard ballroom, and many more styles of dance. She has participated on Dancing with the Stars for ten seasons, one of which she won first place (partner Alfonso Ribeiro). Emma Slater has also participated in ten seasons of Dancing with the Stars and has won one season (partner Rashad Jennings). She has also taken part in dance competitions around the world, ranking within the world’s top 10. Slater has performed in multiple plays around the world and was featured in the hit movie Mamma Mia!. Emma Slater’s husband Sasha Farber is also a part of this tour. Sasha Farber is an Australian dancer and has been in six seasons of the show. Farber was also part of the original cast of the Broadway production of Burn the Floor.

Artem Chigvintsev is a Russian-American dancer who specializes in Latin dance. He has performed in productions on both Broadway and in the West End. After leaving the show Burn the Floor in London, he became a professional dancer on Dancing with the Stars. Alan Bersten has been on five seasons of the show allowing him to showcase his dance skills is contemporary, jazz, and hip-hop as well as his abilities as a choreographer. Bersten has taken part in both Bollywood and Broadway performances. He received a recurring role in the show Glee as part of the show choir, Vocal Adrenaline. Bersten has been on tour with Dancing with the Stars: Live! five times during his career.

Brandon Armstrong is trained in jazz, hip hop, and contemporary dance. He has competed around the world in Latin Ballroom and has performed in Showstoppers and Baz in Las Vegas. Armstrong has performed in three seasons of Dancing with the Stars on television and one season of the show live. Gleb Savchenko is a Russian dancer and choreographer who began dancing at a young age. He has appeared on the U.S. version of Dancing with the Stars as well as the U.K., Australian, and Russian versions.

Recently added to this tour was Val Chmerkovskiy! Chmerkovskiy is a Ukrainian-American dancer, who has appeared on Dancing with the Stars 17 times. He has reached the final round five times and has won first place two times (partners Rumer Willis and Laurie Hernandez). His fiancée Jenna Johnson will also be featured in this tour. She has appeared on the show three times and has received first place once (partner Adam Rippon). Johnson is a choreographer known for her Latin and ballroom dancing.

The star joining this tour will be Joe Amabile also known by many as "Grocery Store Joe"! Amabile was a fan favorite on both season 14 of The Bachelorette  and season five of Bachelor in Paradise. Whether you are a fan of the show or a fan of dance you won’t want to miss as these amazing dancers take the stage. Put on your dancing shoes and shimmy your way down to State Theatre New Jersey on January 25 at 8pm to see these cast members perform in this brand-new production of Dancing with the Stars: Live!. 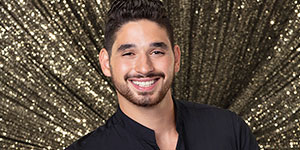 Interview with Alan Bersten of Dancing with the Stars