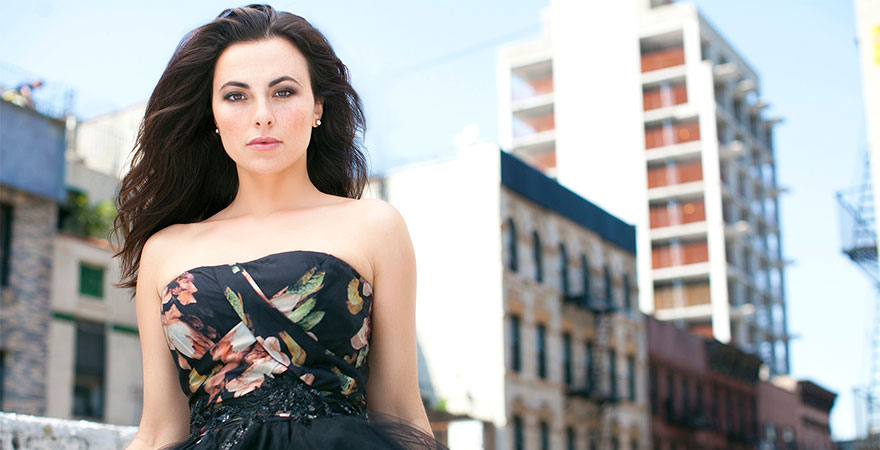 The Czech National Symphony Orchestra has been around for 25 years and has worked its way to being one of both Czech and Europe’s top symphonic ensembles. On Sunday, February 24 the CNSO led by Conductor John Mauceri will be at State Theatre New Jersey. The CNSO accompanied by Grammy Award®-winning Mezzo-Soprano Isabel Leonard will be honoring the legacy of Leonard Bernstein.

Isabel Leonard is an American mezzo-soprano opera singer known for her “passionate intensity and remarkable vocal beauty.” She graduated with both a Bachelor of Music and a Master of Music from the Juilliard School. She has studied with Edith Bers, Marilyn Horne, Brian Zeger, Warren Jones, and Margo Garrett. Throughout her career, Leonard has performed around the world in opera houses and concert stages including the Metropolitan Opera, Paris Opera, Carnegie Hall, and Costanza in Griselda. The repertoire that she has taken part in has spanned from Vivaldi to Mozart. She has also appeared with some of the most talented conductors of her time such as James Levine, Edward Gardner, and Yannick Nézét-Seguin.

Her musical talent has won her two Grammy Awards® . Both of these awards were for Best Opera Recording. Leonard’s most recent awards have been for her performances in Ravel’s L’enfant et les sortilèges and The Tempest. She has also earned herself the Sixth Annual Beverly Sills Artist Award, a Licia Albanese-Puccini Foundation Award, a “Movado Future Legends” Award, the Richard Tucker Award, and a Marilyn Horn Foundation Award. Leonard is critically acclaimed for her performances of Bernstein repertoire and is in constant demand as a recitalist. In addition to singing Leonard also serves on the Board of Trustees at Carnegie Hall and joined the supporters of the Prostate Cancer Foundation to lend her voice in honor of her father.

Hear a sneak peak of Isabel Leonard's amazing voice as she sings "Una voce poco fa" from Rossini's Il Barbiere di Siviglia.
Isabel Leonard and the Czech National Symphony Orchestra will be making their way to State Theatre New Jersey on Sunday, February 24 at 3pm. You won't want to miss this celebration of "100 Years of Leonard Bernstein!"