Music and The Mind with Renee Fleming 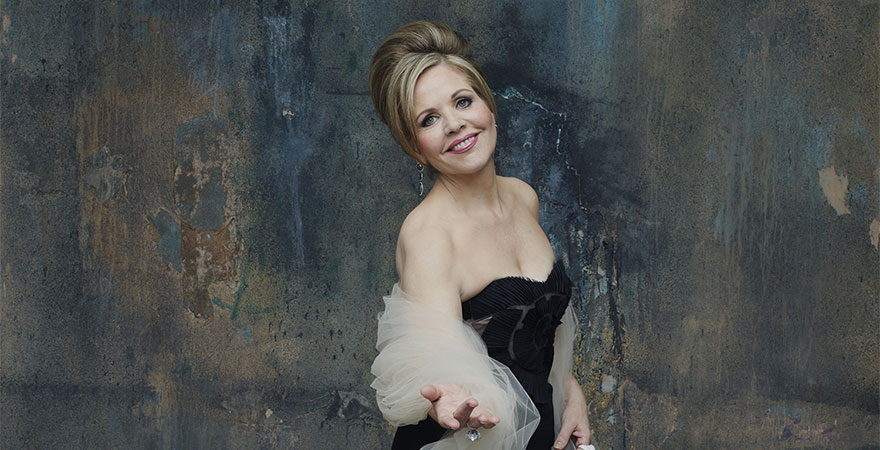 Renée Fleming is one of the most well-known opera singers today, winning solo Grammys® and performing on Broadway, among numerous other feats. She will perform live in concert at the State Theatre on February 27, which is definitely a show not to be missed. In addition to making her State Theatre debut, she will be hosting a conversation at Nicholas Music Center on the Rutgers campus called Music and The Mind the evening before her concert on February 26 at 7pm. Tickets for the talk are free but reservation is required.

As part of her role as Artistic Advisor at Large to the John F. Kennedy Center for the Performing Arts, Renée Fleming has spearheaded a collaboration with the National Institutes of Health (NIH). The Sound Health initiative, in association with the National Endowment for the Arts, explores the intersection of music, health, and neuroscience. In June 2017, the NIH hosted a two-day workshop that invited medical experts and scientists who are researching music’s effect on the brain throughout the human life cycle, music therapists who are applying research and using music in interventions for patients dealing with a wide array of medical conditions, and performers and arts professionals from the Kennedy Center.

Fleming states: “I have become very interested in science and medicine, and I started noticing that more and more there were new neurologic studies on music and the brain,” Fleming explained. “Then I started seeing these viral videos of patients with Alzheimer’s who were showing progress in being able to communicate [with the help of music therapy] after years of living inside themselves...I really want this message to get out because if people understood the power of arts in our lives [it would affect the way we make arts accessible to everyone.]”

As part of this workshop, Fleming participated in an experiment at the NIH. While in an fMRI machine for two hours, she spoke, sang, and then imagined a phrase of "The Water is Wide," while scientists studied brain activation in all three cases.


Inspired by the Sound Health initiative, Fleming has given over 14 presentations on music and the brain around the country. The presentations and panel discussions were created in collaboration with local neuroscientists and partner organizations. On February 26 she will continue her endeavor to engage in discussions with people about the connection between Music and The Mind at Mason Gross's Nicholas Music Center at 7pm. If you are interested in attending please make sure you reserve your tickets in advance here! Whether or not this on-going conversation ifs your cup of tea, don't forget that Renée Fleming will be performing a live concert the next night on February 27 at 8pm at State Theatre New Jersey.