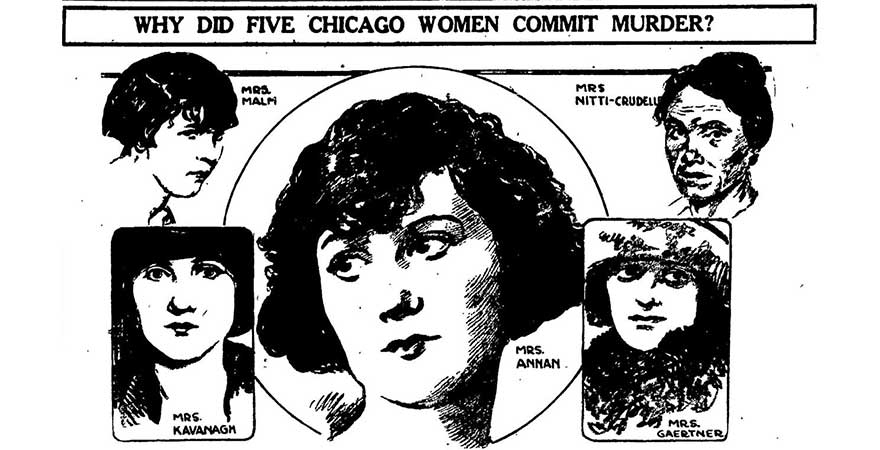 State Theatre New Jersey is thrilled to present Chicago The Musical in New Brunswick, New Jersey; there will be just four incredible shows from February 15-17.

Part of the appeal of Chicago— the longest-running American musical in Broadway history—is that although the events unfolding on stage occurred approximately 100 years ago, they feel current. Audiences feel as if they are watching an episode of Law & Order, with sensational characters, gripping plotlines, and crimes ripped from the headlines.

That is because they were.

In 1924, 28-year-old Maurine Dallas Watkins arrived in Chicago, a city quickly becoming a mecca for crime, liquor, and jazz. Watkins was an aspiring writer and playwright from Harvard University, and news writing was recommended as a way for writers to hone their craft and gain exposure to a broad range of human experiences.

Watkins hit the gold mine at The Chicago Tribune, where she was assigned the Cook County Jail’s infamous “Murderess Row,” a beat editors thought too boring for men reporters. It was on Murderess Row that Watkins met, covered, and was ultimately troubled by Belva Gaertner and Beulah Annan, women she would later immortalize as Velma Kelly and Roxie Hart.

If Chicago were a person, she would be Gaertner.

A cabaret singer and society divorcee, Gaertner climbed her way into high society. Between divorces from William Gaertner, a man 20 years her senior, she was arrested in March 1924 at the age of 40 for the murder of her 30-year-old lover.

Walter Law was found shot dead in his car after a night on the town with Gaertner. After she was found in her apartment with blood-stained clothes and admitting to founding Law dead, Gaertner was arrested. Her best defense was that she did not remember what happened. Blaming it on jazz and drink, she played the card of the fallen woman. She used class, charm, and high fashion to turn her image around, and the press and all-male jury ate it up.

Gaertner was acquitted after almost four months on Murderess Row. After her trial, she again married William Gaertner. They separated a year later (after he accused her of trying to kill him), and she lived out her life traveling and living with her sister before dying at the age of 80.

Famous for being famous.

If Gaertner was the classiest murderess in Chicago, Annan was the prettiest. Annan was 25 years old and married to her second husband when she was arrested in April 1924 for the murder of her lover and boss, Harry Kalstedt.

For less than two months, Annan, who was born in nearby Owensboro, KY, used her Southern charms to manipulate those involved in the case. Every interview and picture was an opportunity to play out her sob story in the public eye. She even faked a pregnancy to gain sympathy.

Despite being found with the body and confessing immediately afterwards, Annan altered her story several times and ultimately settled on a story of self-defense. After a celebrity circus with “sold-out” courtroom seating, Annan was acquitted on May 24, 1924.