The "Empress of Soul" Returns to The State! 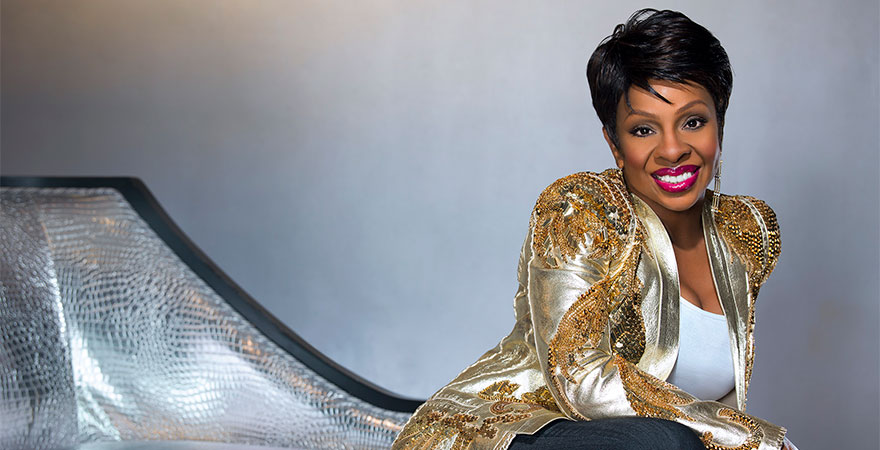 Fresh off her stunning rendition of the Star Spangled Banner at this year's Super Bowl, the "Empress of Soul" Gladys Knight returns to The State on March 24. Knight is a singer, songwriter, and actress, whose fruitful career spans more than 50 years. This seven-time Grammy Award®-winner has enjoyed #1 hits in multiple genres, including pop, gospel, R&B, and adult contemporary; and has prevailed in film, television, Broadway, and live performance.

Born in 1944 in Atlanta, Georgia, Knight began singing gospel music at age four in the Mount Mariah Baptist Church. At the age of seven, she won the grand prize on television’s Ted Mack’s Amateur Hour, and the following year, her mother created a singing group known as Gladys Knight & The Pips—members included Knight’s brother Bubba, and cousins Edward Patten and William Guest.

With Knight singing lead, the group debuted their first album in 1960, and went on to record some of the most memorable songs of the 1960s, 1970s, and 1980s. With hits like “Midnight Train to Georgia,” “If I Were Your Woman,” “Neither One of Us (Wants to be the First to Say Goodbye),” “Best Thing to Ever Happen to Me,” and “I Heard it Through the Grapevine,” the group became icons. In 1995, Knight earned her star on the Hollywood Walk of Fame, and the following year, Gladys Knight & The Pips were inducted into the Rock and Roll Hall of Fame.

Enjoy Gladys Knights and the Pips performing their hit song “Neither One of Us (Wants to be the First to Say Goodbye)."

Furthermore, Knight collaborated with other artists, including Elton John, Dionne Warwick, and Stevie Wonder on the chart-topping and Grammy®-winning pop hit “That’s What Friends Are For” (1985); Chaka Khan, Brandy, and Tamia on the Top Ten R&B hit “Missing You” (1996); Ray Charles on Grammy®-winning "Heaven Help Us All" (2004); and Saints Unified Voices on awarding-winning album One Voice.

Here is Knight performing alongside Elton John, Dionne Warwick, and Stevie Wonder on "That’s What Friends Are For.”

In addition to releasing her own music and collaborating with other artists, Knight has appeared on television series and movies. These television series and movies include Pipe Dreams, The Jeffersons, Charlie and Company, A Different World, Twenty Bucks, New York Undercover, Living Single, The Jamie Foxx Show, Hollywood Homicide, JAG, Las Vegas, 30 Rock, Tyler Perry’s I Can Do Bad All By Myself, Star, The First Family, Hawaii Five-0, American Idol, and Dancing with the Stars.

Join us on March 24 at 7:30pm at State Theatre New Jersey, as we welcome the legendary powerhouse Gladys Knight to the stage!