The Voice of Romance Croons at State Theatre New Jersey 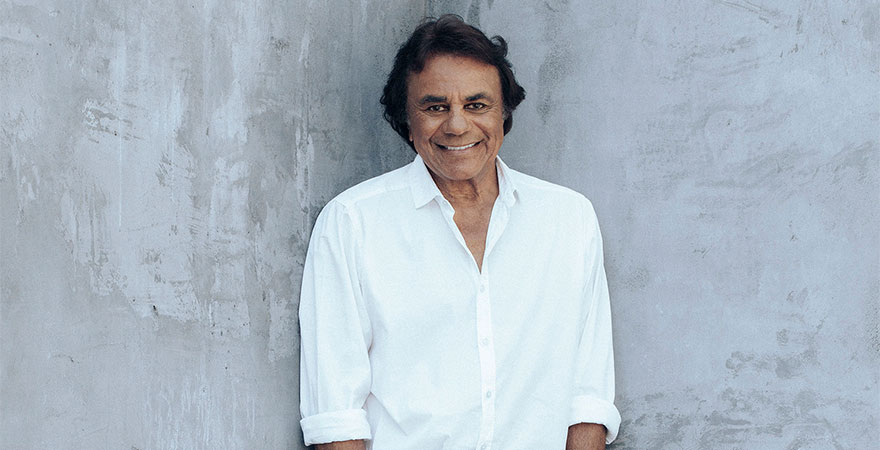 The voice of romance, Johnny Mathis, will be gracing the stage at The State on March 13. Mathis is a singer and author, whose smooth voice has soothed souls for more than 60 years. Mathis has received the Grammy Lifetime Achievement Award®; been inducted into the Grammy® Hall of Fame for three separate songs, and into the Great American Songbook Hall Of Fame; received one Academy Award® and five Grammy Award® nominations; and has sold more than 360 million records worldwide making him the third biggest selling artist of the 20th Century.

Born in 1935 in Gilmer, Texas, Mathis is the fourth of seven children to Clem and Mildred Mathis. When Mathis was a young child, his family moved to San Francisco, and it was there that he developed a tenacious passion for music. He sang in the church choir, community events, school functions, and in amateur shows around San Francisco. When Mathis was 13 years old, he started taking vocal lessons with Connie Cox in exchange for doing odd jobs around her house. He studied with Cox for six years learning vocal scales and exercises, voice production, and operatic and classical skills.

Mathis went to George Washington High School, where he became a star athlete as a track and field high jumper and hurdler, and played on the basketball team. In 1954, Mathis attended San Francisco State College with intentions of becoming an English and Physical Education teacher. While there, he set a high jump record of 6 feet and 5 ½ inches, which is still one the College’s top jump heights and was only 2 inches short of the Olympic record of the time. Mathis was regularly mentioned in the sports sections of the Northern California newspapers, and was even featured in a 1954 sports article with NBA star Bill Russell due to their high jumping abilities—Russell ranked No. 1, and Mathis No. 2 in the City of San Francisco.

Around the same time Mathis was brought to the Black Hawk nightclub for a jam session, and met the co-owner of the club, Helen Noga, who became his manager. Noga got Mathis a gig singing at Ann Dee’s 440 Club on the weekends and convinced George Avakian, then head of Jazz A&R at Columbia, to come watch Mathis sing. Avakian came to the club, heard Mathis sing, and sent a telegram to Columbia stating, “Have found phenomenal 19-year-old boy who could go all the way. Send blank contracts.” Avakian told Mathis he would eventually send for him and returned to New York.

Mathis continued pursuing his degree at San Francisco State College, and earned more recognition as a high jumper. In 1956, he was asked to attend the 1956 Olympic trials in Melbourne, Australia that summer. Concurrently, Columbia Records requested that Mathis come to New York to start recording his first album. After considering both options, Mathis decided that his best interests were with Columbia, and went to New York to record his first album in March of 1956.

That same year, Mathis released his debut album Johnny Mathis: A New Sound In Popular Song. Mathis went on to release music in a myriad of genres, such as traditional pop, Brazilian and Spanish, rhythm and blues, soul, show tunes, soft rock, blues, disco, country, and Christmas music. His discography includes “It’s Not for Me to Say,” “Misty,” “Chances Are,” “The Last Time I Felt Like This,” “Wonderful, Wonderful,” “Winter Wonderland,” “Sending You a Little Christmas,” “Too Much, Too Little, Too Late,” Heavenly, Sounds of Christmas, Romantically, I Only Have Eyes for You, All About Love,and Christmas with Johnny Mathis.

In addition to releasing top charting music, Mathis released a cooking book entitled Cooking for You Alone in 1982. Mathis’ mother taught him how to cook at an early age, and he revels in cooking gourmet meals for himself and others. Some of Mathis’ other avocations include playing golf and philanthropy.

Join us on March 13, 2019 at 8pm at State Theatre New Jersey, as we welcome the illustrious Johnny Mathis to the stage! 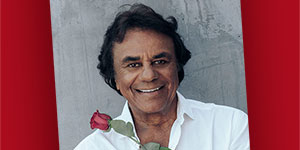