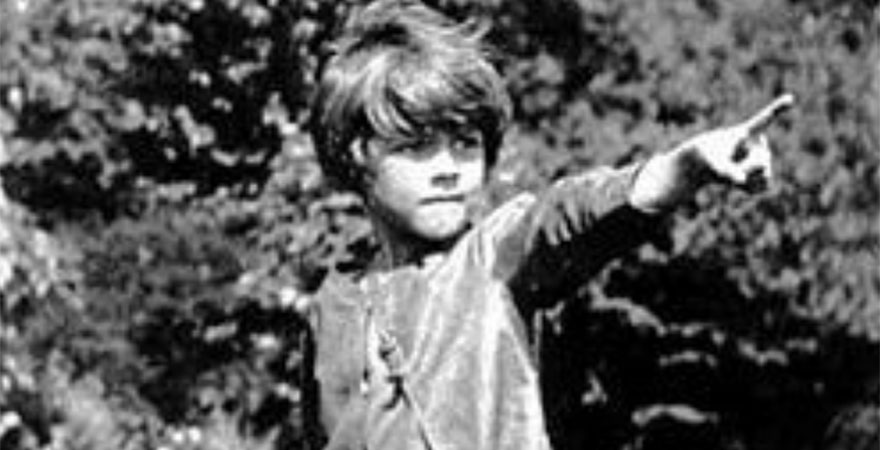 Flying into The State at the end of March is Finding Neverland! Based on the story of Peter Pan being written by author J.M. Barrie, it's a familiar tale to many people. With all of this coming to fruition in the beginning of the 20th century, we have some fantastic photos of the world this story came from. Enjoy delving in and learning a little more about these real-life people   below. 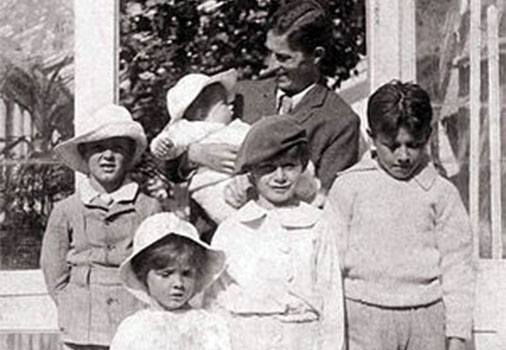 The five Davies brothers are the inspiration behind J.M. Barrie’s Peter Pan, the Darling Brothers, and the Lost Boys. Barrie wrote to the boys, stating, “I made Peter by rubbing the five of you violently together, as savages with two sticks produce a flame. That is all Peter is – the spark I got from you.” 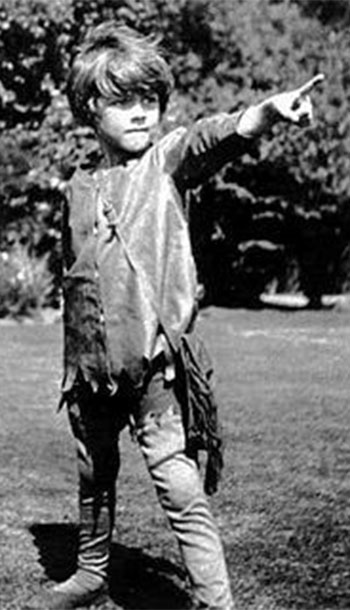 Michael is widely reported as the one who influenced the character of Peter Pan the most in the 1911 novel based on the play. Interestingly, Barrie began writing a sequel to Peter Pan about the boy's brother, to be entitled Michael Pan, but instead incorporated this material, as the hero's nightmares, into the novel Peter and Wendy.

The Davies brothers met J.M. Barrie after frequent visits to the Kingston Gardens with their nurse Mary Hodgson. Barrie befriended the Davies family and soon became a favorite with the five boys.

The boys’ mother, Sylvia Llewelyn Davies, is related to many famous and influential individuals. She is the the daughter of cartoonist and writer George du Maurier. She is also the elder sister to actor Gerald du Maurier. Novelists Angela and Daphne du Maurier are her nieces. Finally, she is the great-granddaughter of Mary Anne Clarke, royal mistress of Prince Frederick, Duke of York and Albany. 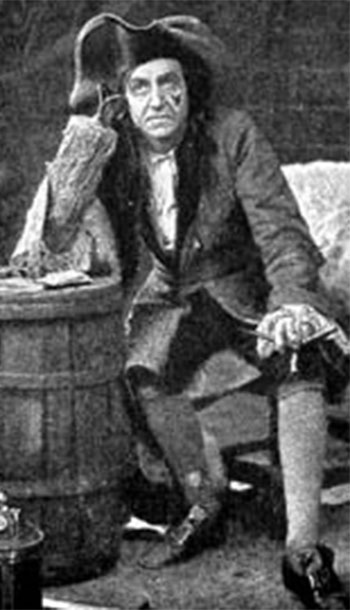 Gerald du Maurier is Sylvia Llewelyn Davies’s younger brother. He was the first to play Captain Hook at the Duke of York’s Theatre in December of 1904. 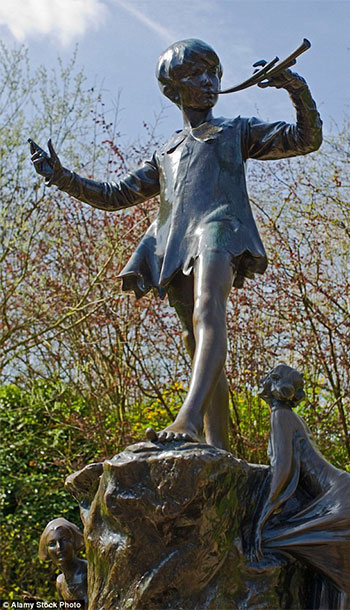 The Peter Pan statue in Kensington Gardens, which was installed in secrecy April 30, 1912 so that it would seem to have appeared by magic and a May Day surprise for children. It was paid for and commissioned by Barrie. Though inspired by the 1906 photographs of Michael, the sculptor, Sir George Frampton, is said to have used another boy as the model. Barrie was unhappy with the results and claimed ‘it doesn’t show the Devil in Peter.’

Barrie's stories were inspired by the gardens, where he first met the Davies. The statue is located at the place where Peter Pan lands in Barrie's book The Little White Bird after flying out of his nursery.