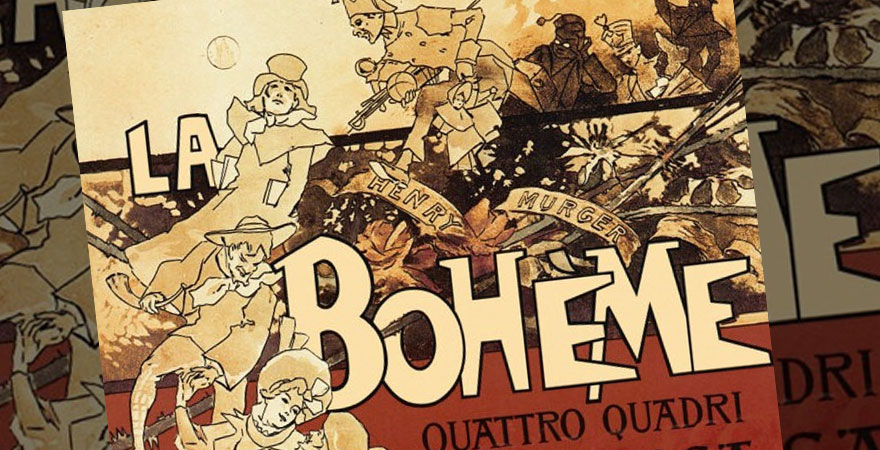 The Pulitzer Prize and Tony Award®-winning masterpiece RENTfollows an unforgettable year in the lives of seven artists, which many of you already know. What you may not know is that RENT is a re-imagining of Puccini's famous opera La Bohème. Let's compare roles for both RENT and La Bohème in this handy dandy cheat sheet!

La Bohème's Mimi vs. RENT's Mimi
La Bohème first opened in 1896, exactly 100 years before RENT. So, naturally candles were a necessity for characters like Mimi in La Bohème. However, for Mimi in RENT, her necessity for the candle is because her heat was turned off. Both meet their love interests during this initial "candle" meeting but their fates take different paths. In La Bohème, Mimi has tuberculosis, which leads to her death. In RENT, Mimi has AIDS, but goes on to live at the end.

La Bohème’s Rodolfo vs. RENT’s Rodger
La Bohème’s Rodolfo is a poet, RENT's Rodger is a songwriter or a "modern day poet." Both feel unfilled in their lives and both fall hard for Mimi. They struggle with that love but in the end when Mimi's death looms, they embrace their feelings.

La Bohème’s Schaunard vs. RENT’s Angel Dumott Schunard
RENT's Angel character is named Schaunard in La Bohème. Both characters are lucky with new found riches (Angel for killing a yappy dog for a rich lady in a limo) in the beginning of the show. However, in the second act, we learn that Angel has died of AIDS while we see Schaunard simply as a pauper with very little to eat opposed to the wealth of food, wine, and money he once had.

La Bohème’s Colline vs. RENT’s Collins
Colline in La Bohème is a philosopher who buys himself a coat with the new money his friend Schaunard shares with him. Collins in RENT is a philosophy professor who falls for Angel (whose full name is Angel Dumott Schunard) and they sing a beautiful duet called "I'll Cover You" (get it? Like a coat!).

La Bohème’s Musetta vs. RENT’s Maureen
Musetta in La Bohème and Maureen in RENT are both promiscuous characters. However, Musetta finds that she still loves Marcello after seeing him while out on the town with her rich new suitor. Maureen on the other hand never considers getting back with Mark. Maureen and her girlfriend break up in the song "Take Me or Leave Me" but later they reconcile.