How well do you know Latin History? 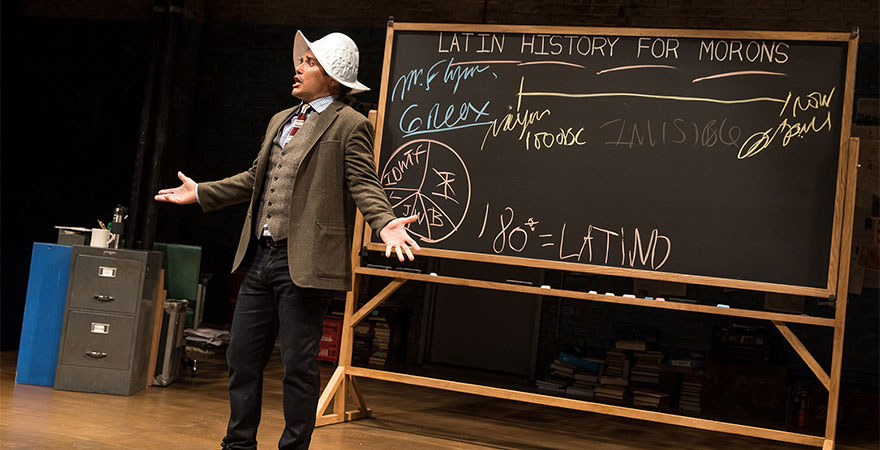 In a special one-night only event, Tony® and Emmy Award®-winner John Leguizamo makes his State Theatre debut with his hit one-man show, Latin History for Morons, on Saturday, June 22.

Born in Bogotá, Columbia and raised in New York, John Leguizamo is an actor and comedian, best known his hit Broadway shows Freak and Sexaholix, and for his roles in feature films such as Moulin Rouge, Carlito's Way, and as the voice of Sid the Sloth in the animated Ice Age films.

In 2012, Leguizamo's idea for Latin History for Morons was sparked when his son, who was 12 at the time, was being bullied by classmates for being Latino. When he had learned about his son’s encounters with bullies, it reminded him of his own struggles with bullying.  He told The New Yorker, “There was nothing about Latin history […] I had no ammunition. I had no historical weapons to throw back at anybody about anything. I felt nonexistent. I felt invisible. I felt history-less. And the messaging that comes from that is that you’re worthless.”

Leguizamo hoped to make his son proud of his heritage. However, he mistakenly mixed up the tribe that he had descended from, the Muisca, with the language of that tribe, Chibcha. His son repeated in class that he was from the Chibcha tribe and his teacher caught this mistake.

After this incident, Leguizamo wanted to win his son’s trust back and went on an informational quest. Upon doing his research, Leguizamo had learned about various Latino contributions that had been omitted from text books. These include learning that 10,000 Hispanics participated in the Civil War and Cuban women in Virginia sold their jewelry to feed the patriots.

Leguizamo told Time Magazine, "I'm writing this for me, because this is how I take care of myself, with how invisible we Latin people are in the media." After writing these stories, Leguizamo started to wonder who else is going to feel the same kind of healing from seeing Latin stories told. After creating this show, Leguizamo says, “I feel so empowered now that I know my history.  I've got facts, I've got numbers, I've got proof."

He feels that education is the first step in conquering prejudice. He wishes to make his research into a history book. Additionally, he’d like to make movies dedicated to the historical figures he encountered during his research, even if he is not in them.

Leguizamo’s Latin History for Morons will continue to educate and inspire audiences as he makes his way to State Theatre on Saturday, June 22 at 8pm.