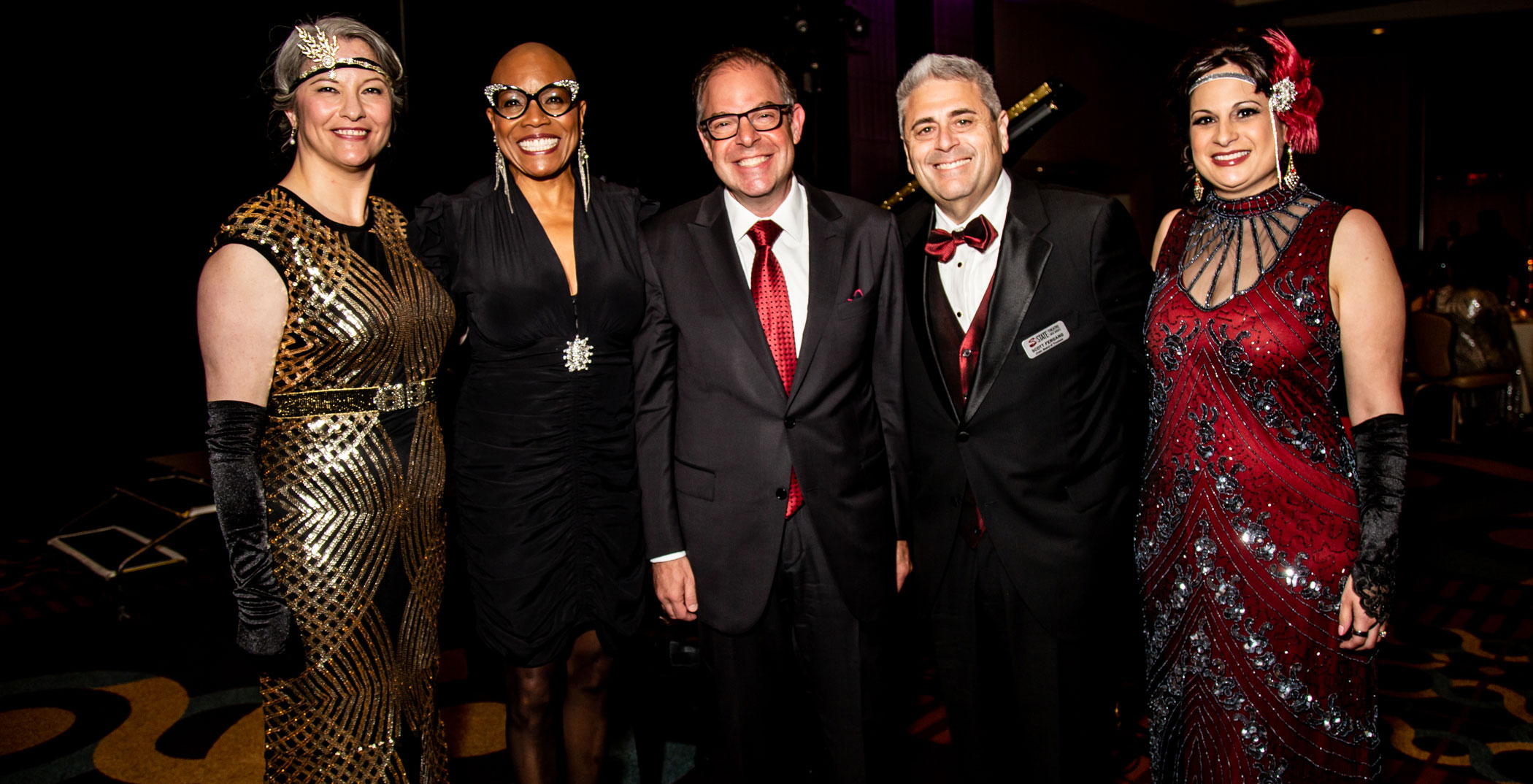 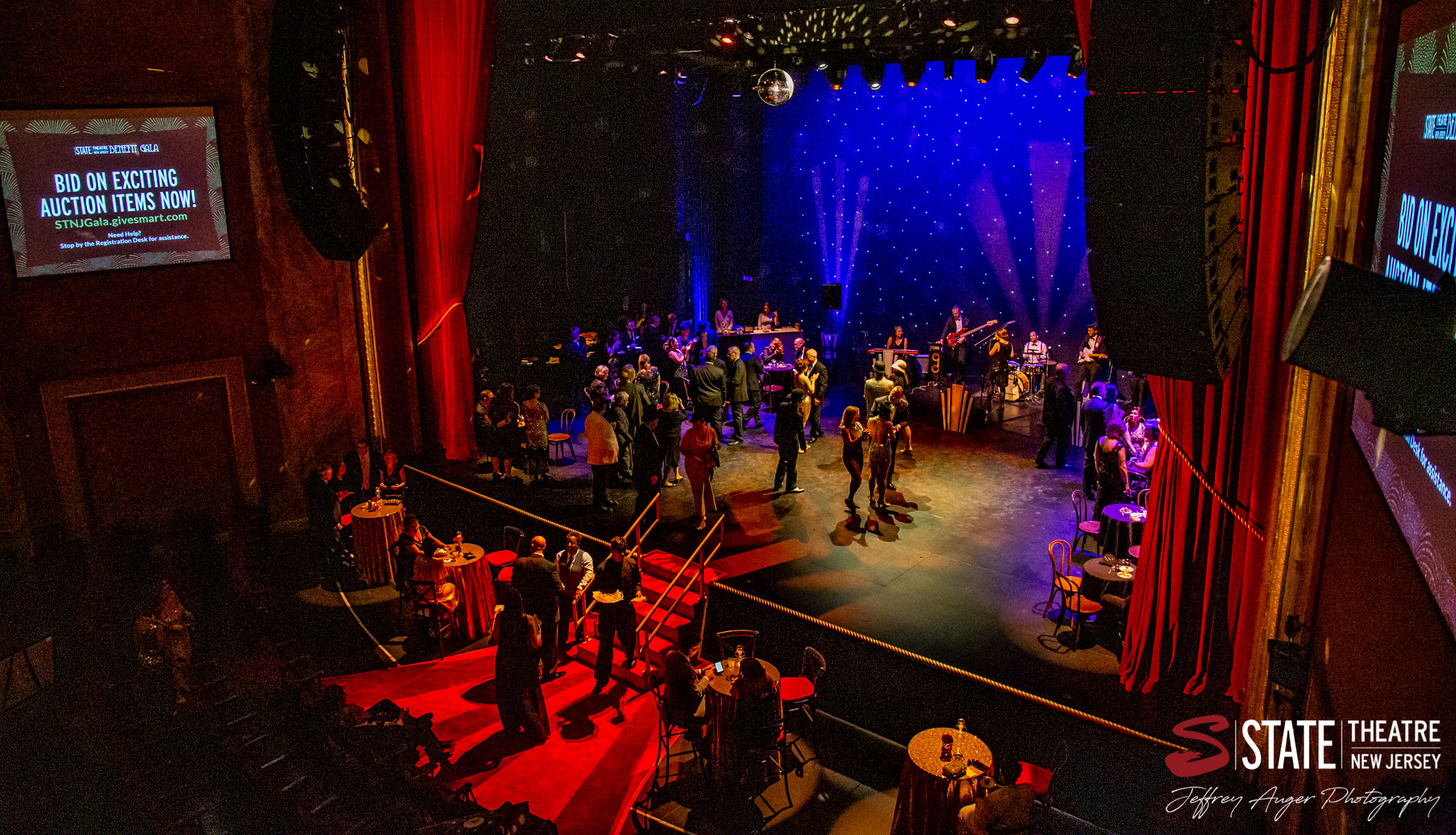 The reviews are in! This year's Roaring Twenties Gala was the party of the year! On June 1, guys and gals from all over the state came decked out in their 1920s attire including flapper dresses, feathers, bowler hats, suspenders, and oh so much more.

The brainchild of State Theatre's President & CEO Sarah K. Chaplin, this year’s themed Gala transported attendees to the dazzling and decadent world of the Roaring Twenties and became a celebration of the State Theatre's early days. Opening in 1921, the State Theatre stood out as a grand live performance and movie palace in the heyday of silent film and vaudeville. Designed by renowned theater architect Thomas W. Lamb, it was one of the largest, most lavish modern theaters in the region. To celebrate our historic venue, we opened up the entire theater for attendees to roam during the MetLife Vaudeville Cocktail Hour, including dancing on stage with a swing band and an amazing speakeasy with prohibition cocktails in our new Studio space. 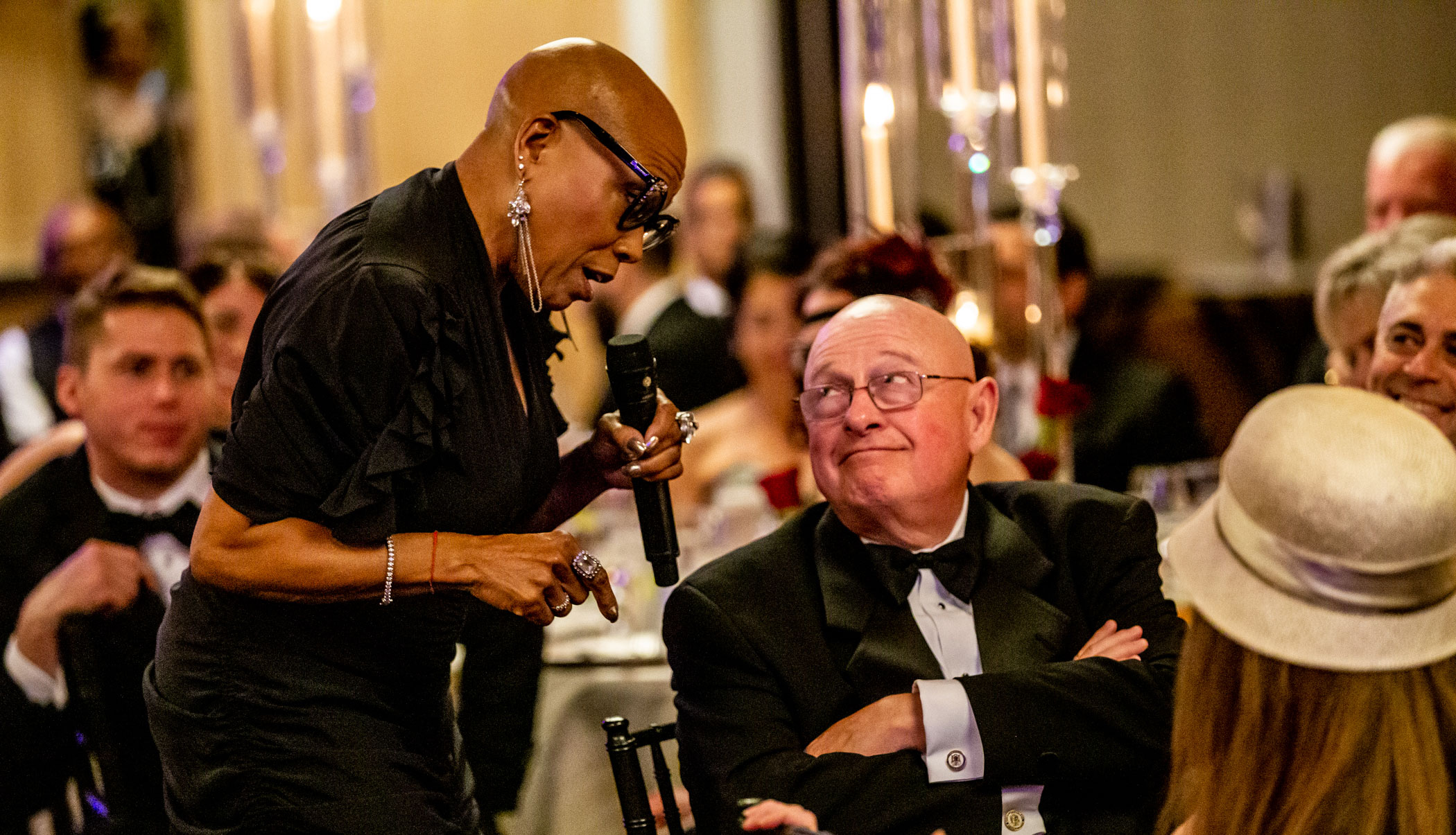 “With almost 100 years of memories, the State Theatre is one of the most special and historic venues in New Jersey, and so it was really wonderful to open the entire theater to our Gala attendees with this Roaring Twenties theme,” said Sarah K. Chaplin, State Theatre’s President & CEO.

Following cocktail hour, guests headed over to The Heldrich Hotel where they enjoyed dinner and an intimate performance by Tony® and Grammy Award®-winning jazz vocalist Dee Dee Bridgewater and pianist Bill Charlap. The duo performed hits such as Rodgers and Hart’s “My Funny Valentine,” Cole Porter’s “Love for Sale,” and the Gershwins’ “S’Wonderful.” 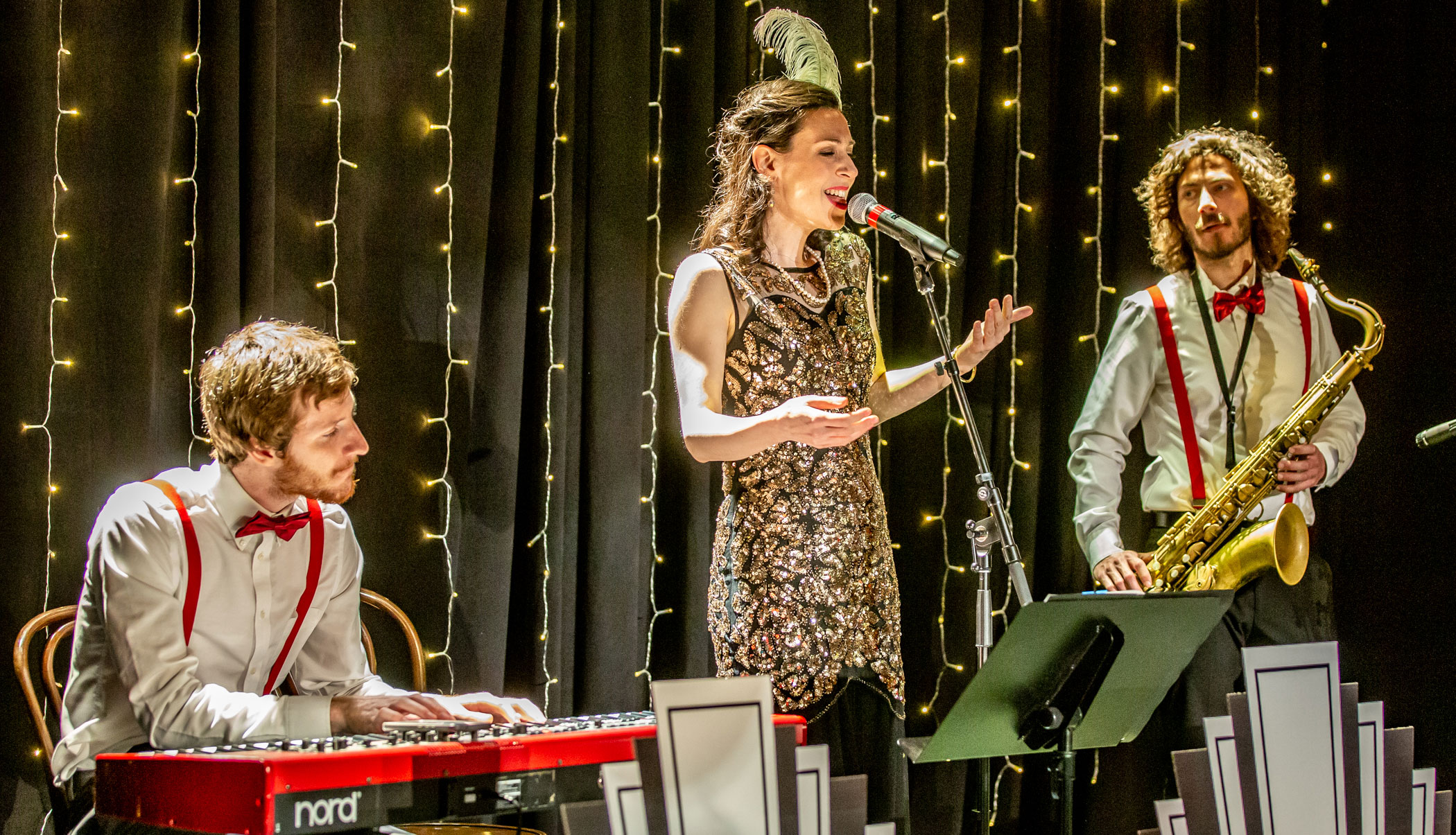 The party continued after dinner with an ice cream sundae bar and dancing at Club Christopher's with music by the talented Gatsby Now, who are a tasteful marriage of French chanson, Golden Age swing, and elegant pop.

In addition to the festivities, we recognized two honorees this year—Corporate honoree, MetLife; and Leadership in the Arts honoree, Congressman Frank Pallone, Jr.

“I was honored and proud to accept this award on behalf of MetLife, my employer of 31 years,” said Richard Leist, Executive Vice President & Chief Investment Officer for MetLife and State Theatre Trustee. “While there are always many pressing needs in a community, art holds a special place. It challenges us to make our culture better, stronger, more ethical, and more inclusive. And, within art, the performing arts are unique. Performing art touches you on more levels; it’s a real world not a virtual world; it’s in a saying: ‘the power of live’.” 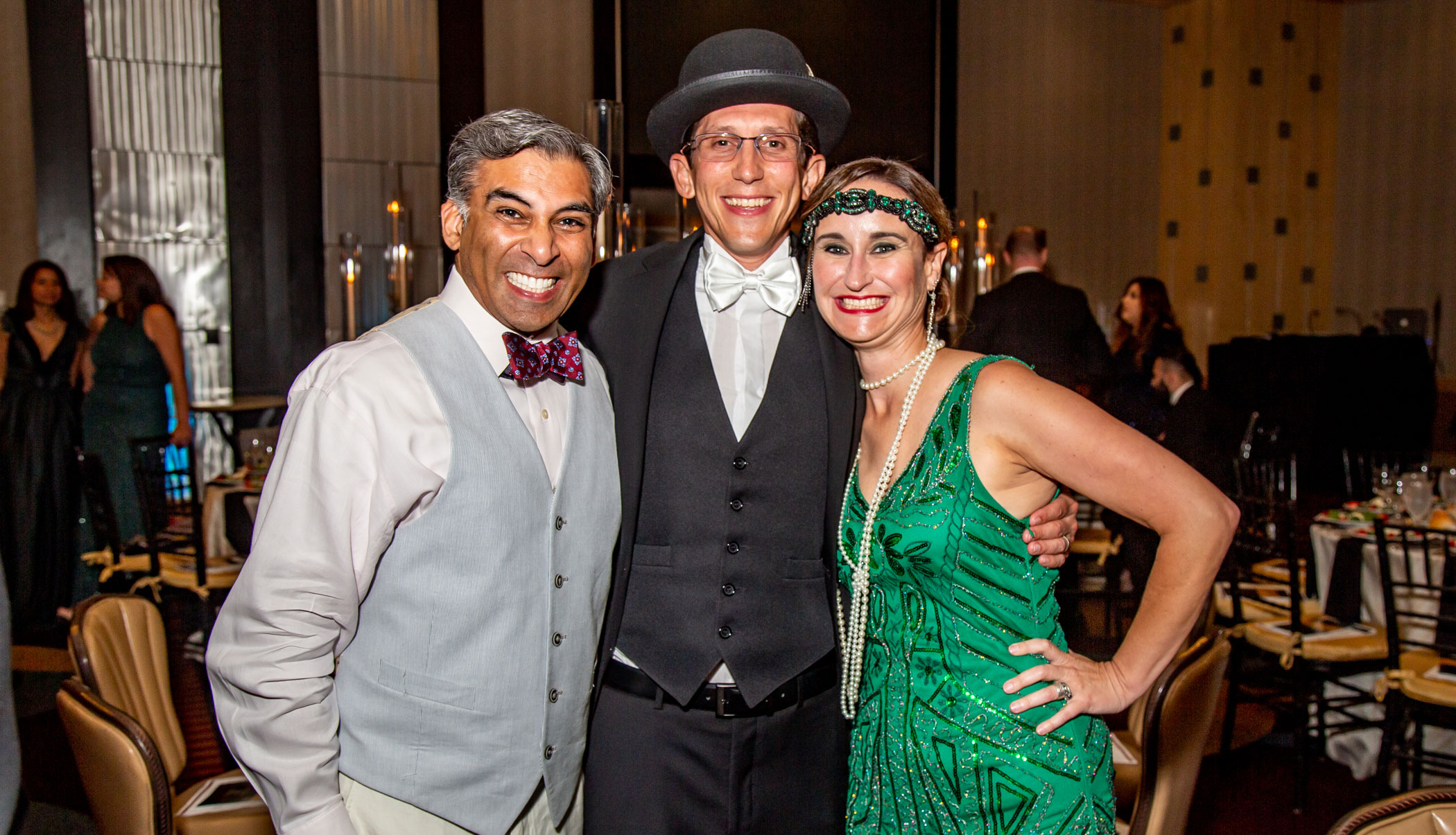 Of course all of this was for a good cause as proceeds from the Benefit Gala support State Theatre New Jersey’s acclaimed artistic and educational programs. 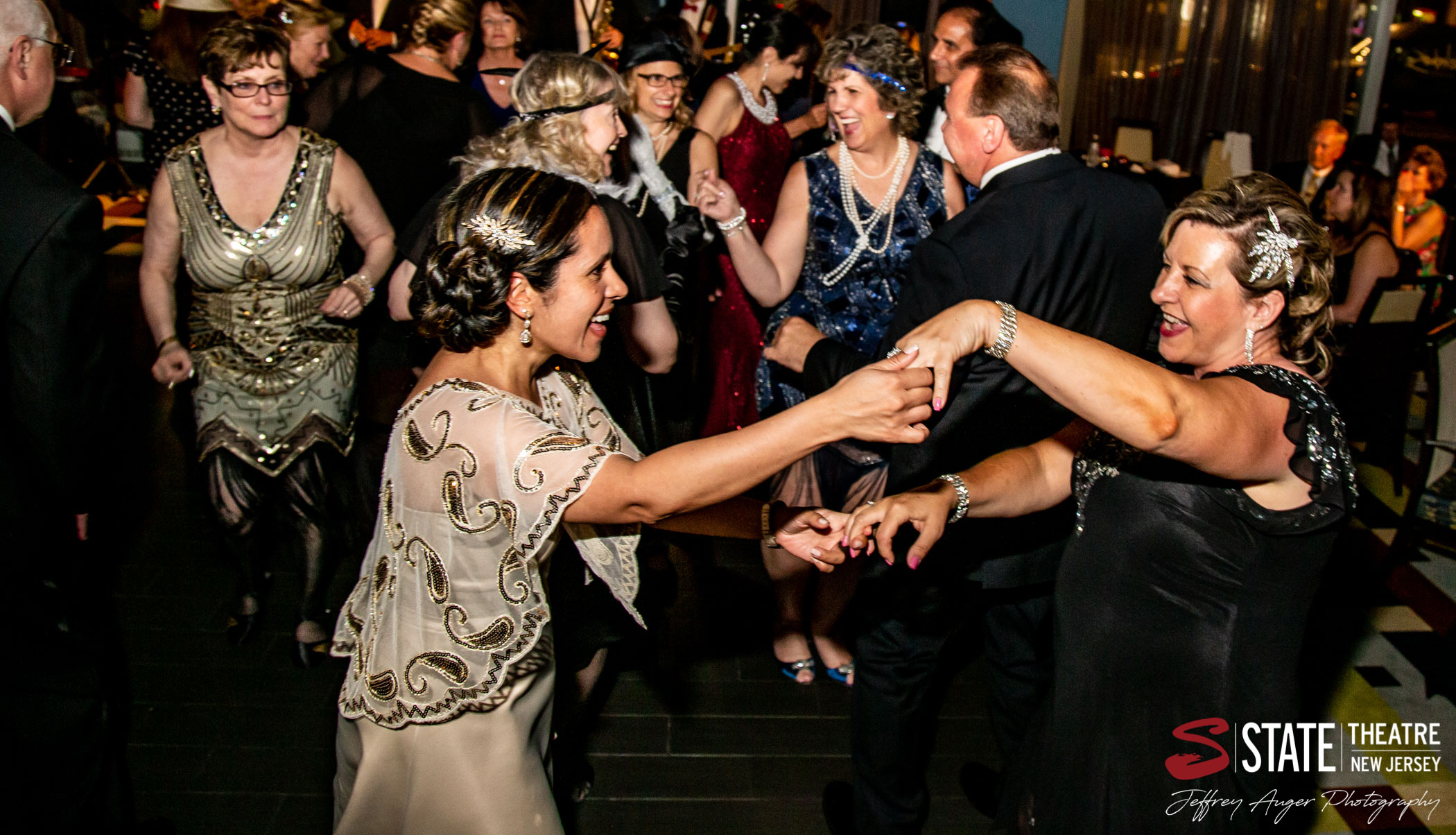