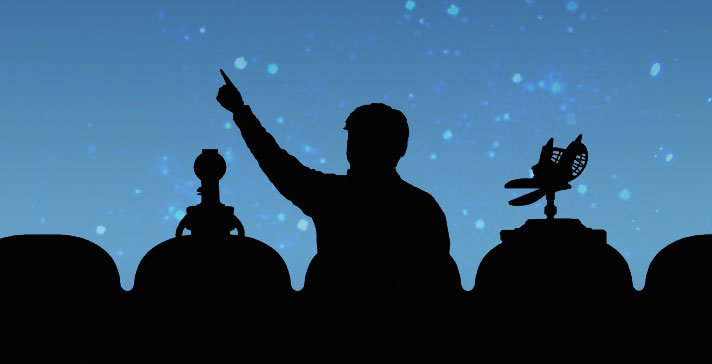 After an exciting run from 1988-1999, the show went off air. With help from a Kickstarter page in 2015 and crowdfunding from the diehards known as MSTies, MST3K was able to make a comeback in 2017, gaining the ability to produce 14 new episodes. Many other shows credit their creation to and express how their inspiration came from Hodgson’s. Others have garnered their own cult following simply by playing into the bad movie/act role. Here is a list of hit shows and groups that have adopted this riffing style:

A former MST3K star himself, Patton Oswalt is best known for his role as Spence in the show King of Queens. Oswalt simultaneously plays into his nerdiness and love for sci-fi, while also embracing his affinity for comic books and fantasy films. He credits Mystery Science Theater 3000 for, “helping him understand his own aesthetic.” His 2016 comedy routine, Patton Oswalt: Talking for Clapping, discusses hard topics like fatherhood and bombed shows while sprinkling in humor to lighten up the mood.

Mike Nelson, Kevin Murphy, and Bill Corbett, former MST3K writers and producers-turned MP3 commentary junkies, started RiffTrax in 2006. Unable to give up the riffing life, the three guys now make audio clips that are sold and made to play along with movies in real time. Funny enough, the guys are so obsessed with Mystery Science Theatre 3000 and slamming B films that they are forced to sell the commentary separately from the films to negate copyright infringements from MST3K. In 2015, RiffTrax negotiated a deal with MST3K to gain the rights to redo the commentary from older shows that could then be downloaded or streamed on its website.

In 2017, three writers/comedians walk into a bar—Elliott Kalan, Dan McCoy, and Stuart Wellington. Stuart buys it, Dan and Elliott come up with a plan to make a podcast riffing B-rate films, and thus The Flop House was born. The guys create post-viewing content intended to be seen after the films. Although they claim they are not directly like MST3K, they have the same style of mocking B-rated films, specifically those created with large corporate budgets. They will rate anything from family-friendly movies like Marmaduketo thrillers like Ouija.

Episode 622: Servo: (as a barrel rockets in the air) Wee-hoo! That's some hot chili!

The 2003 drama/romance flop directed, written, and starring by Tommy Wiseau, has gained a reputation as a cult phenomenon that plays through theaters at least once a year. The term “good” to describe this film is an exaggeration in this case. The Room rates a whopping 26% on Rotten Tomatoes, also holding many negative reviews from critics. James Franco, acclaimed actor and director, produced and starred in The Disaster Artist(2017) to shed some light on who Wiseau was and perhaps as a way to explain why The Room is considered downright awful. It is this brand of film that podcasters and comedians seek while creating new material for B-list films.

This 2008 horror film written and directed by James Nguyen falls a bit below The Room on the Rotten Tomato meter, scoring a 19% rating. No-name stars Alan Bagh and Whitney Moore play boyfriend and girlfriend in this terrible knockoff of Hitchcock’s The Birds. With a premise of malicious birds destroying a vacation for the couple, critics have determined the film to be flat and lacking a physical plot. One critic, Stan Hall from the Oregonian, makes it a point to say, “It's a shame that Mystery Science Theater 3000 isn't around anymore to provide real context for what is at times a jaw-dropping wonder of clumsiness and banality.”

Come see the final performance of Joel Hodgson and the Mystery Science Theatre 3000 gang live with their new theme, The Great Cheesy Movie Circus Tour at State Theatre New Jersey on Saturday, October 26. The 3pm matinee will show No Retreat, No Surrender and 7pm will feature Circus of Horrors. 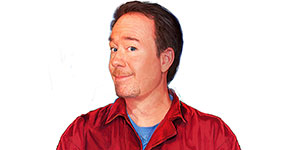 Interview with Joel Hodgson of MST3K