The Music May Have Died, but His Songs Are Not Dead 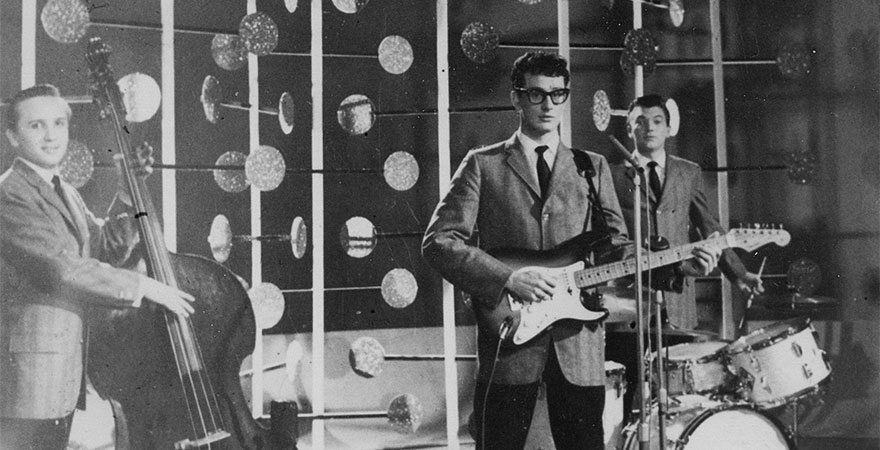 Buddy Holly—American singer, songwriter, and innovator of the rock and roll movement—accomplished many feats in his short 22 years of life. His combination of chart topping solo and group hits have pioneered the way for rock music today. Holly, who will be featured as a hologram alongside Roy Orbison, will be featured in The Rock ‘N’ Roll Dream Tour as part of the North American tour, making a stop at State Theatre New Jersey on November 12.

Born in Lubbock, Texas in 1936, Buddy Holly learned how to play the guitar, piano, and fiddle with help from his older brothers. At 13, he recorded his first song, “My Two-Timin’ Woman,” at home, which displayed his musical talents to his supportive parents.

Holly decided to form a band after he graduated high school. He and Bob Montgomery sang country and western songs for his hometown radio station until their big break in 1955 when the duo opened for Bill Haley and the Comets. Holly and Montgomery also opened for Elvis Presley in the same year. After these two crucial performances, Holly grew in love with the sound of rock and roll. He began shifting his music, and look, to match Elvis. The conversion was noticed by several music scouts in 1955, earning him a spot at Decca Records in 1956.

After a poor beginning as a solo artist, Holly returned to Lubbock to form his own band, The Crickets. With little to nothing produced at Decca, the group decided to cut ties with the record label. In 1957, Holly and his Crickets—drummer Jerry Allison (who married Peggy Sue), guitarist Niki Sullivan, and bassist Joe Mauldin—began working with producer Norman Petty at Brunswick Records. Petty helped The Crickets release “That’ll Be The Day” which claimed the #20 spot on Billboard’s Top 100 hits in 1957. The band also recorded one full-length album—The “Chirping” Crickets—in 1958 where they experimented with different sounds and recording techniques to develop their own brand. It included the hits “Not Fade Away,” “Maybe Baby,” and “It’s Too Late.” Together, the band toured Australia, the United Kingdom, and the United States.

During Holly’s time at Decca Records, he was also signed as a solo act with Coral Records, owner of Decca. This allowed him to publish hits at double the speed, expediting his way to fame. During his solo career, he published two albums, his self-titled Buddy Holly and That’ll Be The Day, both in 1958. These albums featured the hits “Peggy Sue,” “Everyday,” “Rave On!,” and “Love Me.” Holly’s decision to have two record deals also aided in his split from Petty and the Crickets in the same year he released his albums with Coral. In August 1958, he married Maria Elena Santiago and moved to Greenwich Village in New York City.

In an effort to make some quick money, Holly decided to tour with Ritchie Valens and J.P. “Big Bopper” Richardson as part of the Midwest Winter Dance Party tour in 1959. After some car and bus troubles, the men chose to fly to the next venue. The plane crashed shortly after takeoff in Clear Lake, Iowa, killing the three passengers on February 3, becoming known as the “Day the Music Died.”

In his brief career, Holly managed to leave his mark on the world. He is known for influencing some of the greatest performers of all-time including The Beatles, Bob Dylan, The Rolling Stones, and Elton John. Don McLean’s “American Pie,” #1 chart-topping song for four weeks in 1972, plays homage to Holly’s death. He was also posthumously inducted into the Rock and Roll Hall of Fame in 1986, as well as awarded a star on the Hollywood Walk of Fame in 2011.

Buddy Holly will be chirping again alongside Roy Orbison at State Theatre New Jersey in The Rock ‘N’ Roll Dream Tour on Tuesday, November 12 at 8pm. The performers will be on stage together for the first time as holograms—thanks to BASE Hologram production—and will include a live band and backup vocals. Co-presented by State Theatre and John Scher and Metropolitan Entertainment. 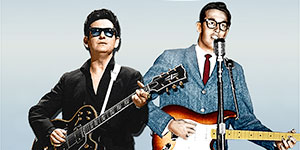 Are our Eyes Playing Tricks on Us? 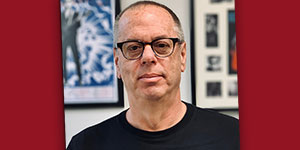 Interview with Marty Tudor of BASE Hologram