Somewhere Over the Rainbow: The Rise to Fame and Creative Process behind Randy Rainbow 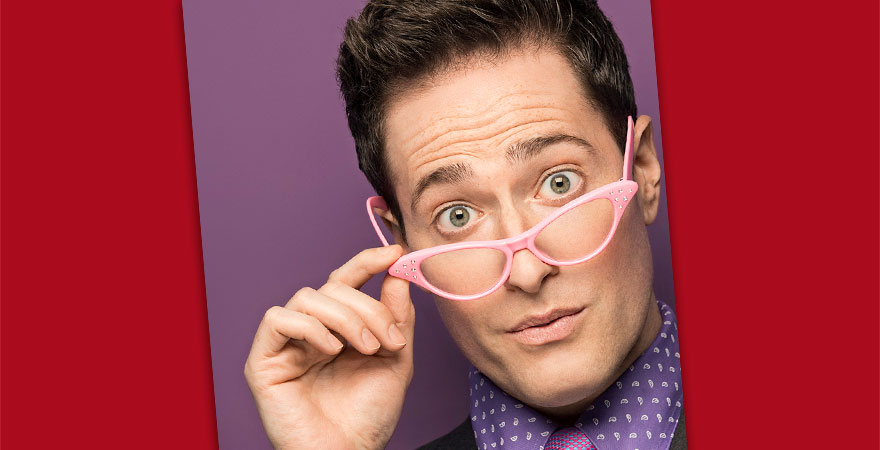 Rainbow (his REAL last name), has the same story every actor and actress has when they dream of booking Broadway: he moved to New York, auditioned for every job possible, and had side jobs in-between. He ended up working on Broadway, but not as an actor as he had hoped. Instead, Rainbow worked as a receptionist at a Broadway production office. To record some of his memorable moments behind the receptionist desk, he began an online blog to share his stories. Rainbow unexpectedly gained a following while keeping up with the blog. In an interview with Billboard, he said, “Once I saw I had a little bit of an audience, the ham in me kind of kicked in, and I said, ‘Well, let me put myself on camera.’” And that’s exactly what he did. However, instead of just sitting in front of the camera and recalling the receptionist stories worth sharing, Rainbow dove into sketch comedy. His first viral hit was a video titled, “Randy Rainbow is Dating Mel Gibson.”

Once the Presidential Race rolled around in 2016, Rainbow began to find more ideas for content through the political happenings. His comedic creativity really flowed when the presidential election and its candidates became the top news stories. He stuck with sketch comedy, but made a shift in content when he began to make political spoofs and parodies. The more videos he posted, the more followers he attracted. Rainbow got first-hand proof that his following was growing when he started to post political videos in 2016.

Rainbow had a weekly gig at The Therapy bar in New York, and in the beginning, only a handful of people would show up. But when he gained popularity on YouTube, he ended up hosting a sold-out show at The Therapy during the weekend of 2016 Election Day. “’Hmm, something has changed here, people know me.’ So that was really the big moment,” says Rainbow.

People may assume that Rainbow’s recent videos on YouTube require a full staff and set to produce, but that cannot be any more of the other way around. Rainbow, believe it or not, writes, films, and edits all his content independently. Not only that, but he does it all in his Queens, New York studio apartment. In an interview with Towleroad, Rainbow says, “It’s just me in my studio apartment with a green screen taking up my entire living room. It’s pretty absurd if you saw it in person. I’m hoping I’m moving into some fancier territory where I can have a bigger space and maybe some help.”

Not only does Randy Rainbow work alone, but he also works fast. Political news is constantly changing day-by-day, and since that is Rainbow’s main content inspiration, he comes up with an idea and acts upon it immediately. Rainbow gave Billboard a rundown of what his video schedule looks like. He writes for about four hours, film for two or three hours, and edit all night so that the video is posted in a timely fashion. A video starts out as an idea and ends up online in about 24-48 hours for Rainbow. Although the process is “difficult to keep up” and leaves him “more stressed than ever,” Randy Rainbow still acknowledges how rewarding the results have been.
Come join us for a much less serious night of politics when Randy Rainbowmakes his way to the State Theatre stage. Rainbow’s wit and fierceness will certainly have audience members laughing on their way home. Randy Rainbow will be at State Theatre New Jersey on November 1.