The Names that Make Up Taj Express 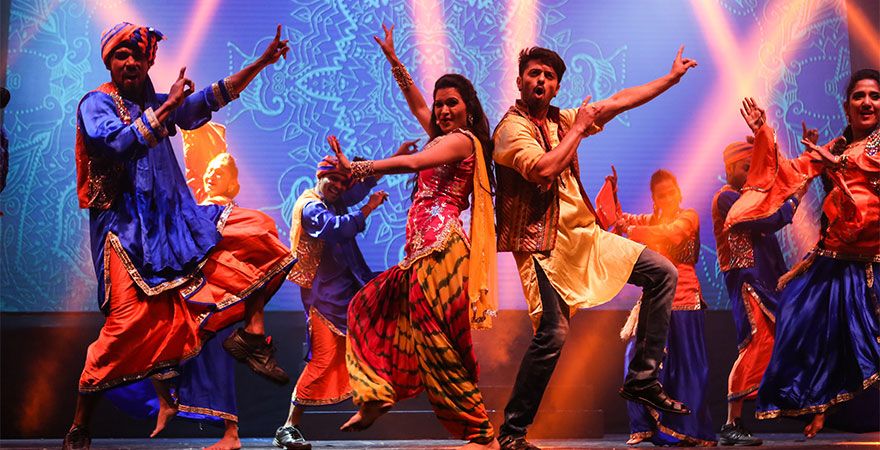 Travel to India for one night only as Bollywood musical, Taj Express, makes its way to State Theatre on November 16! Taj Express has been touring all over the world in the last six years, presenting a colorful and vibrant taste of Bollywood culture through singing and dancing. The musical centers around the idea that a mentor can make a huge impact on someone who is trying to pursue their dreams. In this case, Taj Express features the relationship between Shankar, a composer struggling to bring his music to life, and real-life, Grammy® Award-winning composer, A.R Rahman.

A.R Rahman is just one of the names that make up this Bollywood phenomenon. Rahman is best known for composing Slumdog Millionaire, which won Best Picture at the 2008 Oscars ®. A renowned composer and musician, Rahman has worked on over 150 film soundtracks. Rahman’s work is typically based in India, but he has composed some international films, as well. Other film soundtracks Rahman composed that you may be familiar with include Couples Retreat, 127 Hours, and Disney’s™ Million Dollar Arm. Throughout the duration of his career, Rahman has won two Academy® Awards, two Grammy ® Awards, a BAFTA Award, a Golden Globe, four National Film Awards, 15 Filmfare Awards, and 13 Filmfare Awards South, among others. Not only does Taj Express feature Rahman as a character, but the musical also features songs written by him. No wonder why Shankar is so inspired by him in the show!

A.R Rahman partnered with a pair of sisters to create the musical atmosphere for Taj Express. Shruti and Vaibhavi Merchant are the two women who are responsible for bringing Taj Express to life. The Merchant girls were born and raised in India, starting out as dancers and choreographers. The two decided to bring their forces together to create a show that would represent India around the world. Shruti, the younger of the two sisters, leads as Taj Express’sproducer and director. While older sister, Vaibhavi, choreographs the production. Throughout both domestic runs and international tours of Taj Express, the female power duo has hoped to “bring the magic of the story on stage through the expression and grace of various dance forms” and to “give audiences a true flavor of India.”

The Merchant sisters could not have put Taj Express on its feet without dialogue, and Toby Gough did just that. An international name in the theatre industry, Gough is the writer of Taj Express, and has written a wide variety of cultural musicals. Other works Gough wrote include The Merchants of Bollywood, Soy de Cuba, and The Bar at Buena Vista. Gough’s fascination of both Indian and Cuban culture has helped him become a respected playwright as he created many pieces of work that represent different cultures around the world. Gough also dived into Brazilian culture and Irish culture when he directed productions of Brazil! Brazil! and Irish Celtic Generations Musical. It’s very safe to say that Toby Gough is extremely well rounded, and his hard work and dedication in writing Taj Express proves it.

Come join us for a night of Bollywood cultue and music as Taj Express hits the State Theatre stage! Listen to songs written by A.R Rahman while immersing yourself into Indian culture, similarly to the way Toby Gough did to write the show. Watch extraordinary dance numbers choreographed by the amazing Vaibhavi Merchant, with her sister, Shruti, tying the whole production together through her direction. Taj Express is in New Brunswick for one night only on November 16.