Breaking down the Program 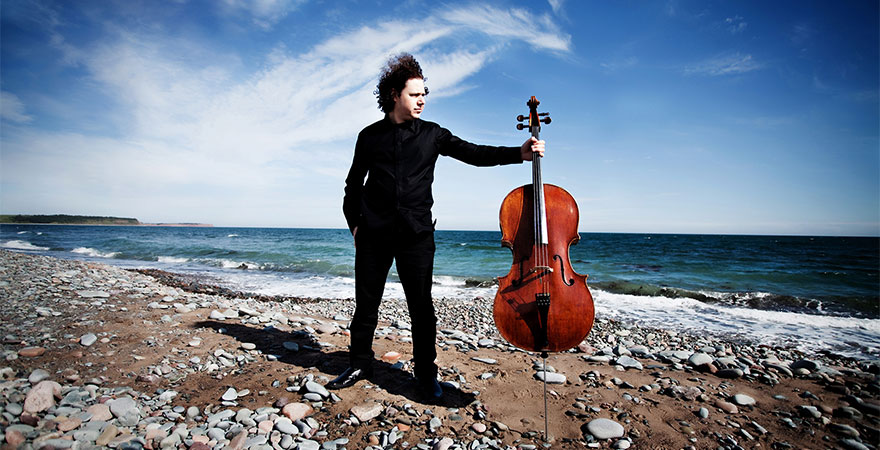 On November 17 world-renowned cellist Matt Haimovitz and distinguished pianist Navah Perlman make their way to the State Theatre. The two musicians will come together and perform five classical works including Corigliano, two by Philip Glass, and two by Beethoven. Read about the history of these classical masterpieces below.

Composed in Vienna by Ludwig Van Beethoven in 1797, “Judas Maccabaeus” was one of many variations Beethoven composed throughout his life. These variations were based on themes of other composers. This work breathed new life into the cello and gave it a spotlight other works had not.

"The variations of [the piece] are in the decorative, high-Classical style and maintain the harmonic movement of the theme...[there] is a virtuosity and control unparalleled in Beethoven's earlier works. Also, the variations are notable in that Beethoven had few examples on which to model his compositions for the unusual combination of cello and piano." (All Music)

"The Orchard" by Philip Glass was released in 1992. The composition was written for a production by Jean Genet called, The Screens. "The play takes place in the early 1960’s in Algeria during the revolutionary struggle for independence from France." (Phillip Glass) Glass combined Western and African musical traditions to properly capture the theme of colonization expressed in the play. Glass described the unique way in which he and his musical partner for the play, Musa Suso, wrote the compositions for the play. "[The director] joined us in the recording studio and we followed her through the script, composing music for each scene as she described for us how she would devise the staging...the result is, to my mind, the closest I [have] come...to a real collaboration." (Phillip Glass)

Phillip Glass  released Partita #2 for Solo Cello in 2017. For this piece, Glass studied Bach’s solo cello compositions closely for inspiration. A similar range is required of the cello in Glass' piece to that of Bach's. Cellist, Matt Haimovitz recorded Glass' composition and critics said "Haimovitz is utterly inside this music and brings passion, technique, and personality." (Apple Music) Glass, who known as a minimalist composer surprised many by Partita #2 "with its depth and ambition...This is music of real substance, and couched in a very different style." (Apple Music)

CORIGLIANO, Fantasia on an Ostinato

Fantasia on an Ostinato was arranged by John Corigliano to be performed by The New York Philharmonic. Fantasia on an Ostinato is based on a repetitive
portion of Symphony No. 7, second movement by Ludwig van Beethoven. Corigliano wrote the composition so that the "performer is responsible for decisions concerning the durations of repeated patterns [and] experiment in minimalist techniques." (John Corigliano)

Fantasia on an Ostinato was divided into 2 parts. "The first explores the rhythmic elements of the Ostinato as well as the harmonic implications of its first half. The second part develops and extends the Ostinato's second half, transforming its pungent major-minor descent into a chain of harmonies over which a series of patterns grows continually more ornate. This climaxes in a return of the obsessive Beethoven rhythm and, finally, the appearance of the Beethoven theme itself." (John Corigliano)

The Sonata for Cello and Piano is the second of the two sonatas that Beethoven released as his Op. 102. "It comprises three sharply chiseled movements: a sternly brisk first movement with a drill-sergeant edge to it, an emotional black hole of a slow movement, and a full-on gritty fugue finale" (Van Recital)

The period when the Sonata for Cello and Piano was released, Beethoven was in quickly diminishing health. Most prominently, his hearing was rapidly deteriorating. This was "a frustratingly unproductive time for a man beset by both personal and political problems: deteriorating health, a troublesome nephew and the cultural brutality of Metternich's Austria" (Sussex) Even with all of these difficulties Beethoven managed to produce this masterpiece.

Experience these breathtaking melodies as Haimovitz and Perlman come together November 17 at 3pm. This performance serves as the highlight of our Classical Season Celebration, which supports year-round classical and educational programming at the State Theatre.