The Magic Behind the Ballet: Nutcracker’s History 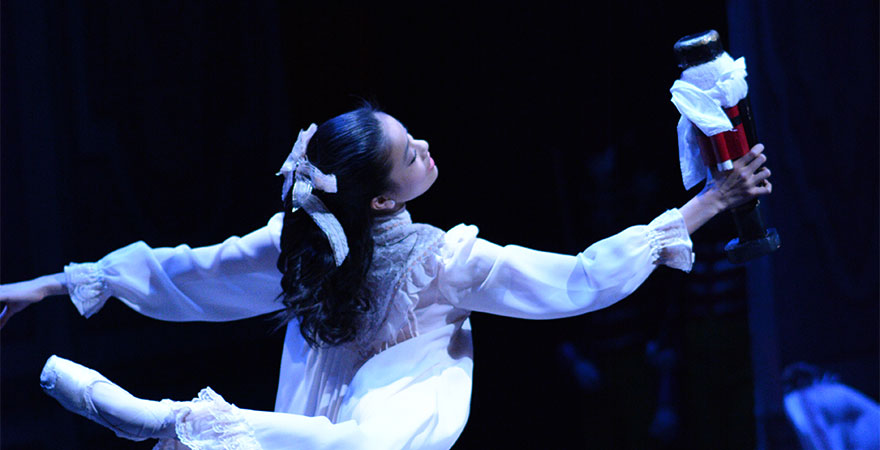 As Christmastime approaches gift ideas swirl around our heads; the decorations begin to accent our houses; and the festive, seasonal hits play on the radio. Although the origins of these traditional songs and adornments are forgotten, a world-renowned dance show attempts to keep the history and original story alive; and no, it’s not the Radio City Rockettes. E.T.A. Hoffmann’s story, The Nutcracker and The Mouse King, has been performed live on stages across the world for over 100 years. Now a classic, this fantasy land of sugar plums and lively dolls did not have the reputation it upholds today. State Theatre New Jersey is proud to present American Repertory Ballet’s Nutcracker from December 13-15, so we decided to take a deep dive into the history of the show, discovering several versions and a dark past to this holiday favorite.

The beloved ballet that fans flock to see today stems back to 1816, the year that Hoffmann wrote The Nutcracker. In 1891, French writer Alexandre Dumas Pères adapted Hoffmann’s story and sent it to Pyotr Tchaikovsky, renowned Russian composer, for music and to Marius Petipa for the choreography. Ivan Vsevolozhsky, Russian director, commissioned the show that same year, directing the very first rendition of the ballet at Moscow’s Imperial Theatres in St. Petersburg, Russia, premiering the show one week before Christmas—December 18, 1892. The show continued to go on during Christmastime, but had little-to-no following until its debut in the Western countries. In 1934 the ballet saw England for the first time, beginning its adventure outside of Russia.

However, the ballet and Hoffmann’s story did not gain positive recognition until it came to the United States in 1944 where the San Francisco Opera Ballet performed the show. Its claim to fame was given when George Balanchine financed The Nutcracker for the New York City Ballet in 1954, where it became a holiday tradition.

Known as a lighthearted and child-like story, the ballet, and The Nutcracker,did not carry such wonderment and humor as it does now. Actually, Hoffmann’s original story was quite dark, being compared to a Grimm’s tale. His original intentions of having the little girl, Marie, stuck in a nightmare or alternate reality of mice and toy soldiers battling around her broken nutcracker, have seemingly been squashed. The Christmas story viewers have grown comfortable with is a tame version with sweet sugar plums and an even sweeter family dynamic. As the story grew from darker to lighter, it gained popularity and remained a happier tale. Aside from Hoffmann’s story, there have been several other versions of the ballet produced, including the Great Russian Nutcracker, featuring Masha instead of the original German girl—Marie, Maria, or Klara. Those versions, however, include different elements that are exclusive to their performances in their respective home countries.

Lively with music composed by Tchaikovsky, the famed ballet prior to the 1960s featured eight original songs known as The Nutcracker Suite, Op. 71a. This includes the favorites “Miniature Overture,” “Dance of the Sugar Plum Fairies,” and “Waltz of the Flowers.” Today, the complete score is performed, featuring over 20 songs from Tchaikovsky’s original composition. Tchaikovsky was granted creative freedom with the music for the ballet, which allowed him to use abstract instruments and varying keys to bring a different life to the show. Most of the score utilizes a celesta—an idiophone with a keyboard that sounds close to a piano—and has colorful ascending and descending notes that do not follow traditional octave rules. These combined techniques are what heighten the show and allow for an interactive feel into this Christmas Wonderland.

As the enchantment grows and mistletoe flows during this holiday season, versions of E.T.A. Hoffmann’s The Nutcracker will be performed on stages across the world, along with Pyotr Tchaikovsky’s The Nutcracker Suite. Don’t miss one of the magical performances right here at State Theatre New Jersey when the American Repertory Ballet performs Nutcracker on December 13-15, the only ARB performances featuring a live orchestra and choir.