Get in the Halloween Spirit with Rocky Horror! 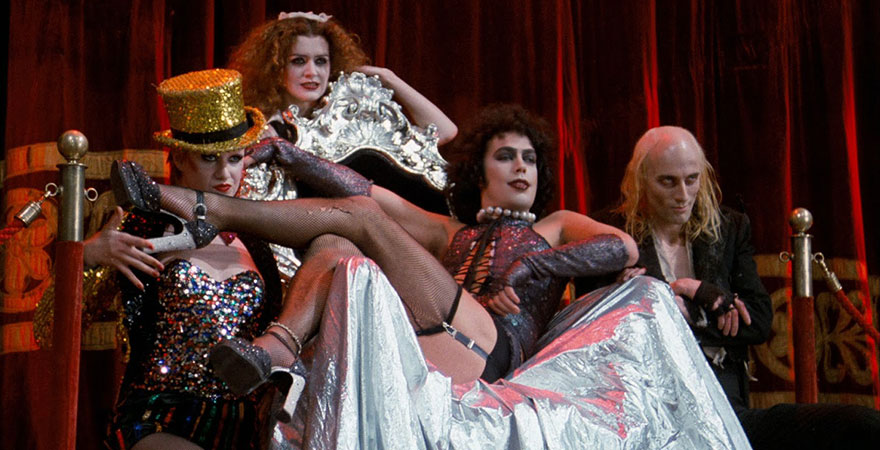 Join the State Theatre on Halloween night (10/31)  for the ultimate audience participation film, The Rocky Horror Picture Show! Dress like your favorite character, receive a FREE goodie bag full of props, sing-along to your favorite songs, and get ready to do the "Time Warp" again!

The Rocky Horror Picture Show is a cult favorite today. However, it was not always this way. Upon Rocky Horror’s first release in 1975, it was largely panned by critics, but some people returned to see it over and over. A year later in 1976 it was relaunched as a midnight movie at the Waverly Theater in New York City, encouraging a cult following. These late-night screenings led to the audience participation that Rocky Horror is so famous for today as more and more places started screening it too. It resonated particularly with the LGBTQ community who embraced the gender and sexuality ideas explored in the film.

Dedicated fans began to shout things at the screen during the movie. Cheering or booing, adlibbing jokes, these comments would be repeated at screening after screening, creating a new script just for the audience. People started coming in costumes, whether they dressed up as the characters or just wore their wildest outfits. They also started performing the movie right alongside the screen. This made a shadow cast, literally casting their shadows onto the screen. With these additions, Rocky Horror was cemented as one of the most iconic cult movies in history.

Today you can see Rocky Horror being screened all across the country, especially close to Halloween, and join in on the ritualistic audience fun.  Some of the rituals are common among screenings. It is not unusual to toss rice to celebrate a wedding or to shout "Say it!" when you hear Frank say "Antici...". But each and every show is different thanks to the audience participation, with new adlibs and jokes being made. Different adlibs and jokes are made each time, so you will never experience the same show twice.

Whether you have seen it 1000 times or never at all, all are welcome to join for Rocky Horror night at the State Theatre on October 31 at 11pm ! Receive a FREE goodie bag of props, no need to bring your own, and become part of the show.  Come early at 9pm and enjoy the preshow party with a full service bar and DJ! Plus, every Rocky Ticket Holder is automatically entered into a drawing for a signed Susan Sarandon Rocky Horror poster! Winner receives the poster that night!