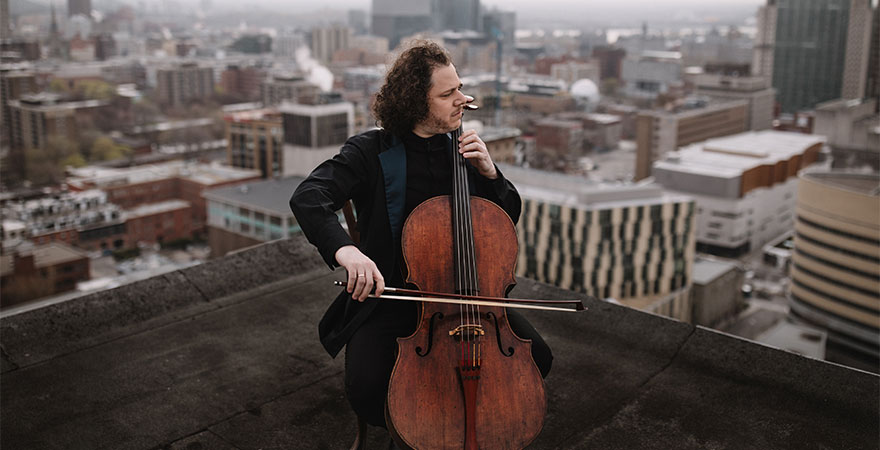 On this episode of All Access we talk with renowned cellist Matt Haimovitz about his career playing in big halls to small clubs and everything in between to his upcoming appearance with his close friend, pianist Navah Perlman on November 17, 2019.  The duo, who have known each other since they were young music students at age 11, share a musical bond that promises to create a spellbinding and breathtaking experience to witness. See Matt Haimovitz and Navah Perlman live in concert!

with Kelly from All Access and special guest Matt Haimovitz.

Matt: Thanks for having me.

Kelly: So, Matt we're so excited about this program and kicking off our classical series with you and Navah Perlman. And I hear, we chatted with Navah recently, and she said that you guys go way back to when you were age 11!

Matt: [Laughs] Yeah we've known each other for a long time and played together as kids and then went and had our separate lives and children [laughs] all over North America and its so wonderful to always go back and play with Navah.

Kelly: Yes we are very much looking forward to that on stage chemistry for sure on November 17th. So of course, you play the cello as we mentioned, and going back to when you were age 11, was that what you always wanted to do? Was the cello the instrument of your choice? How did you decide that you wanted to get into music school and pursue this career?

Matt: Yes, I mean basically, from the time I discovered the cello I pretty much knew that's what I wanted to do. And, um, I discovered it when I was 8. We had a lot of classical music in the household. I come from a Central European [background] and my parents were both Romanian. And my mother is a pianist and we just listened to a lot of classical music. Piano music, opera, vocal concerts, chamber music all the time, I was pretty much immersed in it. But I never really wanted to play it until I discovered the cello. The sound of it and the way it was produced was very exotic to me and mysterious. And when I heard the great cellist Mstislav Rostropovich play in San Francisco, we were living in Palo Alto at the time, I knew this was something that I wanted to do, and I asked my parents if I could have a cello.

Kelly: Wow and if I'm right of this timeline, you started the cello and you moved from California to New York to go to Julliard?

Matt: Right, so in fact Navah (sanweg? cant hear word) was sort of involved in that decision because when I was 10 I was too young to be an official student the Academy of Music in Santa Barbara, the Academy of the West that takes place in the summer, but my cello teacher __gaba reita?___ studied with Paablo Casult? he had me play in the master class, and in the master class was Itzhak Perlman. And at the time Itzhak Perlman heard me play and he invited me to come hang out at his house where he had kids running around and that's where I met Navah for the first time actually.

Matt: I think we were both 10 years old and Itzhak was the one to suggest that I go and play for the legendary cellist Leonard Rose, who taught at Julliard and who performed extensively. And a year to later I went to go audition for Mr. Rose and Mr. Rose invited me and my family to come and move to New York so I could work with him.

Kelly: Wow that's amazing I mean one, the move itself right, that's a big deal, and then Itzhak Perlman himself saying you should do this you should go for it. That had to be a lot on a 10-year-old!

Matt: [Laughs] Well it was done in a way that was very encouraging and I felt no pressure.

Matt: I was deeply immersed and you know, very focused in discovering everything I could about the instrument and trying to develop my musical skills and it was just, you know, without any pressure it's just wanting to introduce me to Leonard Rose who had a rare ability to be a great performing artist but also incredibly passionate and dedicated as a teacher. And really he was one of the very few musical personalities that Itzhak really trusted to be able to even work with an 11 year old or 12 year old and just follow through on creating a foundation holistically? (can’t hear word) and also musically and as role model really for a musical career.

Matt: Well I think it's critical I mean the nature of the tradition is really one of passing on traditions and information and knowledge and I was really fortunate to have these mentors from a very young age, and absolutely it's a responsibility but I also, right away when I started teaching at the college level I guess 20 years ago now, and right away I just felt an instinct for that. To me, it was like breathing or eating I didn't have to think about how I was going to approach solving this problem it just sort of came very, very naturally. So, I mean sure 20 years later I hope that I'm a better teacher than I was 20 years ago but there's certain pedagogical instincts that one either has or doesn't have, and I feel like through our history in classical music, you go back all the way to however, I mean J.S. Bach [laughs] or Vivaldi lets say was an incredible composer incredible performer but also very important what they did with their teaching.

Kelly: You know another thing that I'm guessing that you pass on to these cellists is that the variety of places that you have played in your career is just wonderful. I mean, some of the world's most famous concert halls, to clubs, to festivals, to little intimate coffee houses. I mean you've played CBGB and I don't know how many cellists can say that, if any, besides you!

Matt: [Laughs] I have played some unusual places and some very esteemed places but yeah I think we live in a very different age and there are different priorities and different responsibilities for the next generation to go out and build new audiences for the music they're passionate about, and so I do think my performance and working with composers and working on projects that collaborate with people of other disciplines, all of that feeds into what I can offer as a teacher for sure, and hopefully open some doors for people to think differently about how they might pursue a career and life in music today.

Kelly: Yeah, and we're all about that at the State Theatre. Of course opening our classical season celebration with a performance by you, Matt Haimovitz and Navah Perlman on Sunday November 17th. Tickets are available at stnj.org. It is a 3pm matinee. Now Matt, the program looks very enticing, can you tell us a bit about the program. What are you most interested, what piece of the program is your go-to piece?

Matt: Well this program is really a juxtaposition of Beethoven and two living composers, Phillip Blast and John Corigliano?. I've been doing a lot with Beethoven, well, for years and that was my thesis at Harvard actually. My college adviser Louis Lockwood? one of the great Beethoven scholars. We worked on the last Sonata of Beethoven for cello and piano. And, this year happens to be a big Beethoven year so you're going to hear a lot of Beethoven from all corners, but I think it's interesting that Beethoven was the one that put cello and piano on the map.

Matt: And Haydn didn't do it, Mozart didn't do it, so in this kind of enlightenment period it was kind of Beethoven who saw his opening and very early on in his career he addressed this genre and really made a mark. And he returned to that genre over two more periods in his life. So, in the middle of the 5th symphony he just took a little break, while he was composing that and wrote Opus 69 Sonata for cello and piano which was kind of this seminal turning point for cello and piano. Really creating a sense of equality between the two instruments that really don't belong together in a way, cello and piano. And then, the late sonatas, Opus 1 and 2, we're going to playing the last one, really offer a window into the late Beethoven which gets incredibly personal, he starts to really, in a way you could say that he's the first modern composer. He's really a modernist and a romanticist and just moving in a whole different direction with these pieces. So, it really fits well it bridges well with music of our time. And so, we're juxtaposing a composer that I work with now regularly for years, Phillip Glass. And Phillip wrote a solo piece about eight or nine years ago. Second parti that was for solo cello and Phillip likes to say that Bach wrote 6 suite? and you know nobody can match that, but he'd like to write three. And so, he just finished number two and he'll hopefully write number three. But the second parti that was really kind of epic and people are going to be really surprised, if you think of Phillip Glass as kind of a minimalist composer, this is not a minimalist piece at all it's very romantic piece, very Bach like, and sometimes with the simplest building blocks he just achieved the most hauntingly beautiful results. And so, I think that people will be surprised when they hear it. Navah and I are going to play a piece for cello and piano called the Orchard of Phillip's and Navah's going to play a solo piece of Corigliano that relates in some way to Beethoven. So, it's really taking Beethoven into the 21st century and showing how relevant and current he is. And with these living composers how they inform and go beyond what Beethoven was doing.

Kelly: I love it, I mean hauntingly beautiful, romantic, you mention all the key words that people look for in a performance. So I think we're very much looking forward to that Sunday, November 17th, 3pm. Matt Haimovitz thank you for being with us we look forward to seeing you on November 17th at our State Theatre classical season opening event and good luck see ya November 17th!

Matt: Thank you, looking forward to it! 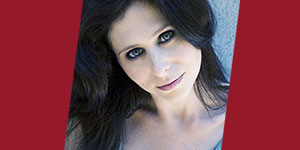