The Magic of The Sleeping Beauty 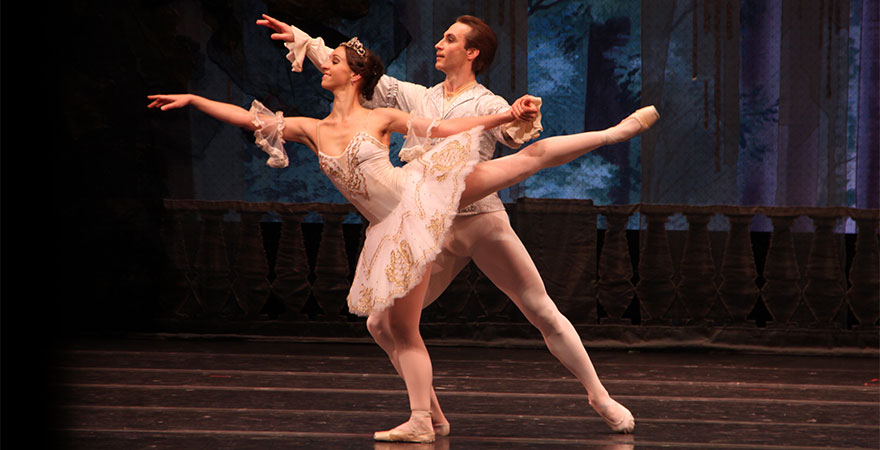 The Russian National Ballet is coming to the State Theatre on March 6th performing one of Pyotr Tchaikovsky’s classic ballets The Sleeping Beauty.This timeless fairy tale is the story of good versus evil, and the power of true love.

In 1888, Ivan Vsevolozhsky, the director of the Imperial Theatres approached Tchaikovsky about adapting a fairy tale as a ballet. The two decided on Charles Perrault’s story of the Sleeping Beauty in the Wood. The ballet debuted in January 1890 at the Mariinsky Theatre in Saint Petersburg Russia. The original performance ran for just under four hours, most performances today are around two hours.

The Sleeping Beauty Suite, Op. 66a was pieced together sometime after Tchaikovsky’s death. Taking the five most notable songs from the original score and orchestrating them into an emotive 20-minute piece. The suite includes“Introduction: The Lilac Fairy, Adagio: Pas d’action, Characteristic Dance, Panorama, and the Sleeping Beauty’s Waltz.

When listening to the score there are two melodies that can be heard throughout. The enchanting and lively melody of the Lilac Fairy representing the forces of good and the foreboding and dramatic chord progression of Carabosse as evil. But perhaps the most famous melody you can find in the score is Sleeping Beauty’s Waltz Op. 66 No. 6.  If you are a fan of Disney, you will recognize it as “Once Upon a Dream” from the 1959 movie Sleeping Beauty. George Bruns the composer of Disney’s Sleeping Beauty created most of the score using the themes and melodies found in Tchaikovsky's ballet. “It would have been much easier to write an original score,” stated Bruns." But it is rich in melody, as much of Tchaikovsky is, and it was a matter of choosing which melodies to use.”

Whether you love any of Tchaikovsky’s work or the Disney movie you will not want to miss the chance to see this performance. The Sleeping Beauty will be performed by the Russian National Ballet at the State Theatre on March 6th, 2021 at 2pm and 8pm. It is sure to be a magical time.