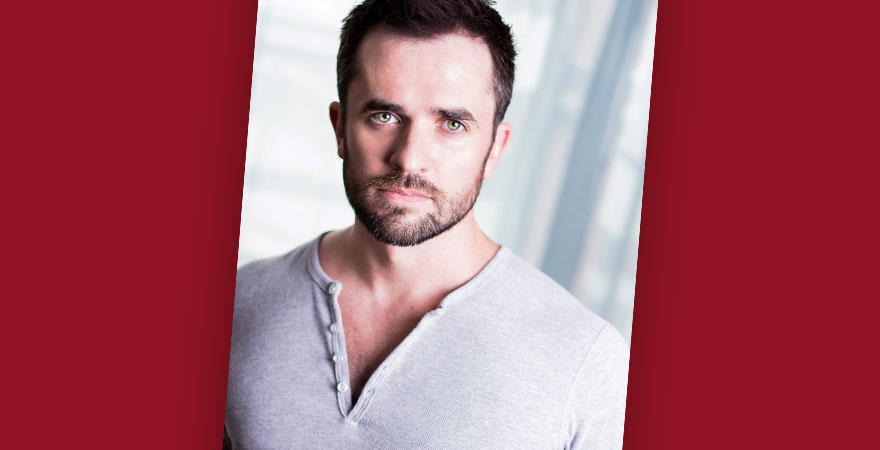 We had a fun time chatting with Corey Greenan who plays Tommy DeVito in Jersey Boys! Greenan talks with us about the larger than life personality of the iconic Four Seasons member, the audition process, and, of course, the music! Jersey Boys will return to STNJ on December 3 and 4.

READ THE TRANSCRIBED INTREVIEW BELOW

Corey: Hi there thank you for having me.

Kelly: Yes, so tell us all about getting this role and portraying this real-life person.

Corey: Well, this has been one of the favorite parts I’ve ever played, and this real-life person is quite the character to say the least. I just hope I’m doing him justice because he certainly is larger than life especially from all of the stories that I have heard about him.

Kelly: Would you say that you have somethings in common with Tommy DeVito?

Corey: Well, you know what some people might say that. He was the one who really got the whole thing started. He was, he’s a very charismatic person, but he never really escaped that sort of street hustle mentality, because he did end up getting the group in a little bit of trouble financially. So, he never really escaped the streets you might say.

Kelly: Sure, sure, so of course everybody knows Jersey Boys as the story behind Frankie Valli and the Four Seasons. So, before you joined the cast did you know a lot about the show, or the background of the Four Seasons?

Corey: I certainly, I had been auditioning for this show for some years before I ever booked it. But, I got to say once you join it, they really let you in on all of the nitty gritty details, that really went into, of not only what went into the making of the musical, but the making of the band itself. And it is fascinating, all of these things that you learn while doing the show and while watching the show. It’s just amazing because it is a true story of how they got to be this international pop sensation, because they could have gone many different ways. I did not know nearly as much, until I really saw the show and got into the being a part it, of telling that story.

Kelly: Sure, you know there’s a lot of songs covered in Jersey Boys. I can’t even begin to think, where would rehearsals start, what were the songs that you guys had to start with, when you were putting this tour together?

Corey: Well, you start with the first one and you just keep going forward. It starts with “Ces soirées-là” which was, in the year 2000 a French rapper, covered “Oh What a Night,” sampled “Oh What a Night” and rapped over it and that’s what the show starts with. And, that’s when Tommy comes down and say “hey, that’s our song, it’s still going on, we’re everywhere.” And then you start going with the big three, you got “Sherry,” “Big Girls Don’t Cry,” and “Walk Like a Man” that kind of happed all in a row, three number one hits right in a row, that really put the group on the map. I mean it’s amazing, you hear the songs that you know and you hear these other songs that you had no idea that they came from the Four Seasons and you start recognizing all of these things, all these songs that you didn’t even know that you knew.

Kelly: Right, right, I mean there is certainly, right, exactly there are certainly songs that you’ve been hearing for years, whether it’s movie soundtracks or commercials or whatever, you have heard them one way or another. So obviously, playing Jersey Boys, playing the Jersey Boys in Jersey Boys, there is a lot that you guys, you guys have to mesh and not mesh at times, I guess. So, do you find that this, you have been on Broadway and have done a bunch of national tours before, you find that this particular role and these four guys getting together and really trying to kind of go as one, to be as one has been difficult?

Corey: I wouldn’t say it’s difficult at all, I love who I get to work with but, it is a show about touring, and it’s really wonderful to be on a tour about show about touring. And you get really close with everyone you are traveling with and that can be a good and a bad thing at times. You really become a family and as we all know with family, it’s not always a rosy time, there are good times and bad times. But I think that being on the tour of this show really brings out the reality of what these guys are going through. I think it really informs it and really adds an element to this show wherever we take it.

Kelly: We are talking with Corey Greenan, who plays Tommy DeVito in the upcoming national tour of Jersey Boys coming to the State Theatre Tuesday December 3rd and Wednesday December 4th two performances only you can get your tickets at STNJ.org. So, Corey you have been on Broadway in Mamma Mia, you have done national tours of If/Then, and Mama Mia. How did that prepare you for this role in Jersey Boys?

Corey: Hard to say, this role, playing Tommy DeVito is unlike anything I have ever done before and like I’ve said one of the most favorite things that I have done before. And like I said, it’s one of the most favorite things that I’ve gotten to play. I think that every job prepares you for the next one. Having toured before it’s nice getting back out on the road, I love living in New York but I love leaving it. We get to take this everywhere and the best part about this show is that no matter where we go people, they have the  best time they have been waiting for us to come and there is nothing like playing it in Jersey I’ll tell you that right now.

Kelly: Sure, so where did you grow up Corey? Was it far from New Jersey?

Corey: I grew up in Northern California, about as far from Jersey as you can get.

Kelly: And, did you go to school for acting, or theatre?

Corey: So, I started relatively late compared to most people in this business, I did my first musical my senior year of high school. I had always sung in choirs leading up to that, but then I did the musical my senior year of high school and said forget about it, I got to go to school for this now, I’m gonna do this for the rest of my life. So, I went to school at Pepperdine University
down in Southern California, and majored in theatre and then I graduated there and within two years I moved to New York.

Kelly: What was your senior year show?

Corey: Once on This Island.

Kelly: Oh! I find you know, that’s funny, I find that that is an in for a lot of people. Something about Once on This Island has really kind of thrown at its people that that’s what they really want to do. So that’s really interesting to see.

Kelly: I have to make comparisons to Mama Mia and Jersey Boys in the sense that, I guess they’re very different.

Kelly: One’s tougher than the other right.

Corey: Well, it’s interesting that you say that, with the success with Mama Mia when it came out in 2001, you know that jukebox musical of Mama Mia with the cannon of Abba formed around a story that they put together. Frankie Valli and Bob Gaudio one of the other founding Four Seasons, were sitting around the table going we should put together a musical about our music and as they were sitting there with the writers, they weren’t coming up with a story to make up. So, they just started telling stories about their upbringing, how they got to where they were, and the writers were like well this is the show. It became this play, Jersey Boys isn’t a jukebox musical, it’s a play with a concert, all of the musical performances are performed as a concert, as the guys performing them. Then you have this amazing play going on in the mist of all that, that tells the incredible story of them.  Mama Mia certainly informed Jersey Boys but Jersey Boys came and rewrote the whole script on it.

Kelly: Yeah, yeah, very interesting stuff for sure. What do you think about the wardrobe, are you a suit kind of guy?

Corey: I love it, it’s so fun to wear those amazing costumes every night. That suit, it’s such a classy look and the show looks so good because of it. If I wasn’t before I am now.

Kelly: If anything, thing is that I believe the costumes do transform you into that role right they kind of help to bring the finishing touches. I mean you put that on, you feel like you’re Tommy DeVito.

Corey: Absolutely, they do that in rehearsals, they say we have to wear slacks, you’re not wearing jeans or shorts in rehearsals, you wear slacks, you wear hard soled dress shoes, because you just move a certain way, when you are wearing that sort of thing. You put that on, you’re adjusting your tie you’re bringing your cuffs down. It’s a whole aesthetic and it really adds to the whole image of it.

Kelly: Sure, and there are so many memorable moments in Jersey Boys but for you being behind the scenes and on stage. What are some of your favorite songs and scenes from Jersey Boys?

Corey: I have to say, I mentioned the big three earlier because they come right in a row and it’s such a great moment for the audience and us on stage. Cause they know these songs backwards an forwards and we get to perform them. But, I think my favorite part comes at the end of the show, when we sing “Rag Doll” and it’s a performance within the show when the guys who have been apart for some years, decades in fact, and they are being inducted into the Rock & Roll Hall of Fame and they are all back performing again, one last time as a group. There is nothing like that, walking downstage singing “Rag Doll” after everything that they’ve been through, and they are being recognized for everything they brought to the music world, it’s just such a wonderful moment and achievement for them.

Kelly: Wow, how could that not be your favorite moment? I see it.

Kelly: The show is Jersey Boys it’s coming to the State Theatre Tuesday, December 3rd and Wednesday, December 4th you can get your tickets at STNJ.org there are only two performances and they are selling fast so make sure you get your tickets today. Thank you, Corey Greenan who plays Tommy DeVito in Jersey Boys. Thank you for being on the show and we look forward to seeing you in December.

Corey: Alright can’t wait to get there.